Incredibly clean, low-mile Toyota pickup trucks from years gone by are one of our favorite conundrums here at DT; on the one hand, you have the opportunity to buy a near-new modern classic with years of life left in it, for substantially less than a new base-model Tacoma. On the other hand, if you find a true survivor from the ’80s or earlier, the value lies in its condition and originality and hard use (as it was intended to see) will turn it into just another used truck. Either way – we love looking at them, so check out this super minty fresh 1986 Toyota SR5 4WD Pickup with 48k original miles listed on ebay in Huntington, MA. Bidding is fervent near $10k and the reserve is not yet met. 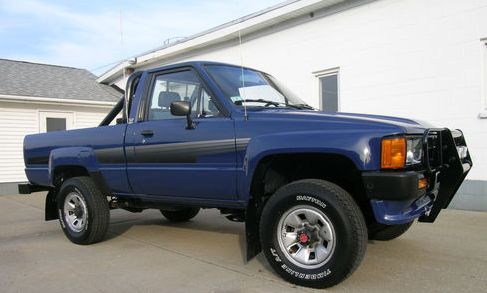 Toyota had just about perfected the “mini” truck by 1986. Compared to earlier generations, the 4th-gen Hilux retained its original compact maneuverable dimensions, simple part-time 4WD drivetrain, and workhorse iron-block inline four cylinder engine. It did however gain many refinements by way of reliablilty; electronic fuel injection, high-quality electrical components and a new independent front suspension were introduced. Hard-core offroaders would argue that the 1985 model was the zenith of ‘yota evolution because it was the last year with the better articulating solid front axle, and the first with optional EFI. For a regular pickup that sees occasional dirt and snow use however, the IFS is just fine and rides much less like a horse-drawn buggy on the highway. 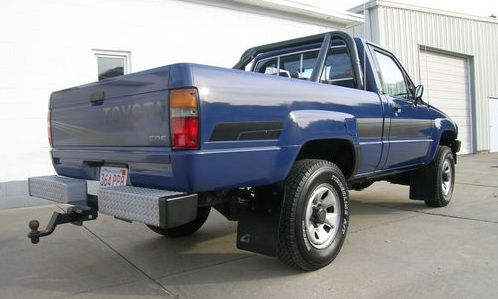 This ’86 is almost unbelievably clean. It wears its original medium blue single-stage paint which will always look great after a wax job, even after it has been waxed so many times the primer starts to show through (patina)! This pickup has many more years before that happens. The period correct optional vinyl side stripes are perfect for the ’80s look, as are the push bar in front and the “show bar” installed in the bed – it’s not a structural roll bar, just bolted to the sheetmetal bed as a place to mount lights – hence the name. It looks like this show bar was never even used for that purpose and remains purely cosmetic. 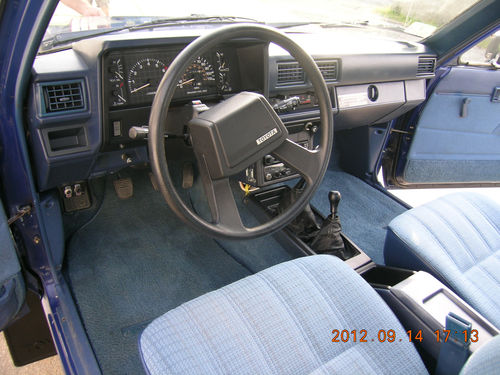 Speaking of cosmetic, the interior looks to be absolutely flawless; from behind the wheel it looks like it’s 2 years old, not 26! Being an SR5, this cabin was treated to cloth bucket seats (oooh), a full center console with storage cubby (aaah), and a fully instrumented dash with tachometer, oil pressure gauge, and voltmeter (very handy and missing from the base-model trucks). The 4WD system is shifted with the stubby little lever behind the 5-spd manual trans shifter; for those who grew up with ’90s and later pickups and SUVs this is likely akin to seeing a turtle with two heads, but back before electronic nannies invaded our work vehicles, the front wheels were engaged manually. With your frickin’ hands. That’s how we like them here at DT. 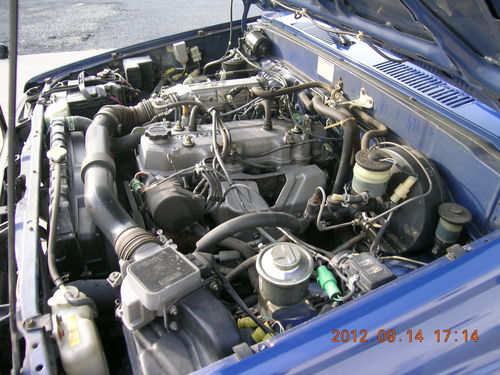 The venerable and idolized 22RE 2.4L four cylinder resides under the hood, and with just 112 hp a driver accustomed to a Tacoma V6 with 236 hp will find it pretty weak. Still, this editor drives an ’86 Toyota pickup every day and while it isn’t fast by any means, it makes decent torque for stoplight acceleration and gets about the same fuel economy (around 20 mpg) as a brand-spanking-new Tacoma 4WD with either the 2.7L I-4 or the 4.0L V6. With such a light vehicle, a 22R can be entertaining and with hardly any weight over the rear wheels it’s easy to induce a bit of oversteer unless you’re hauling steer. Scratch that – you wouldn’t be able to put a cow in this 6 ft, 1/2 ton bed even if you wanted to scratch the minty fresh paint. 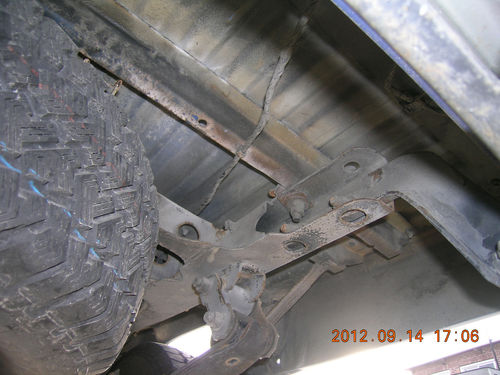 Underneath the truck looks incredibly clean and rust free; just some slight surface patina is showing on the chassis components which is about as good as one could expect for such a rust-prone vehicle of this age. The seller provides several undercarriage shots including the rockers which is a big plus. A few bubbles can be seen starting on the bed side, but at least the seller is being honest by providing a close-up picture. We would caution prospective buyers to check their facts thoroughly however; the ebay listing claims that this “was a 1 owner truck” (well, so was every other vehicle ever made, when it was first sold!) but then states that he is selling it for the 2nd owner. This may even be the 3rd owner flipping the car now – which may not be a deal breaker but should at least be cleared up.

Upwards of $10k may seem like a lot for an old single-cab short bed Toyota, but on simplicity, looks and novelty alone we would take this any day over a comparable 2012 Tacoma Regular Cab 4×4 5-spd at $21,375 MSRP.