The Subaru Impreza was available in the USA in naturally aspirated trim for a number of years, but it wasn’t until 2001 that the WRX version arrived with a turbocharged engine to give it the power to match its rally looks.  This 2002 Subaru WRX has been lightly prepared for rally but still could be driven on the street by a non-masochist and is for sale via socalsubies.com for $9500 (located in Southern California). 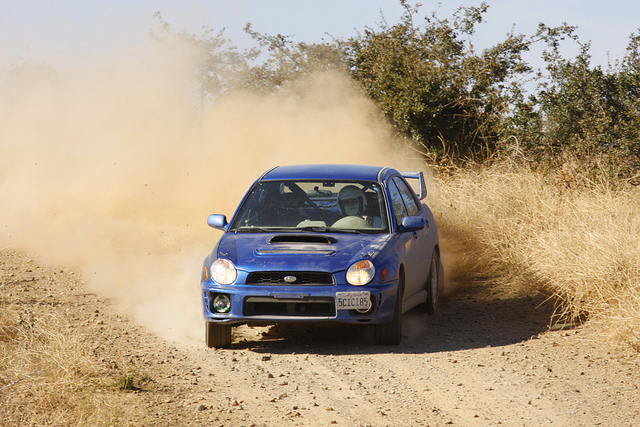 Out of the hundreds of thousands of Imprezas sold in the past 20 years it is nice to see one that is fulfilling its lifelong dreams of hooning off-road.  All too often Imprezas are confined to life covered in stickers, lowered to speed-bump scraping levels (stanced out YO!) and driven only to car shows and dog parks.  We love car shows and dog parks, but they pale in comparison to 30 degrees of opposite lock at 50 mph around a blind bend on a dirt road. 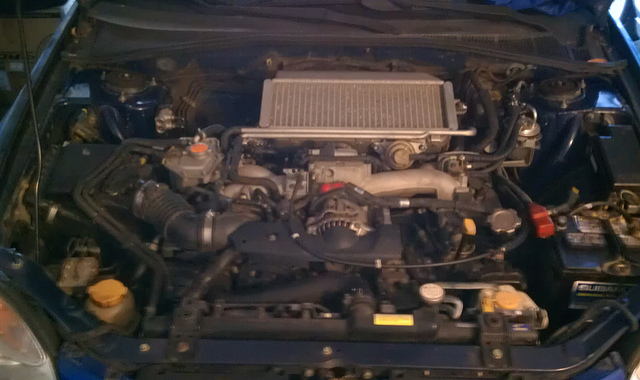 This WRX originally came with a 2.0 liter EJ20 turbocharged flat-4 putting 227 horsepower into all four wheels – but this one has had the turbo swapped for a later VF34 turbo from a 2006 WRX and probably makes a few more ponies – but it all depends on the level of tuning and if restrictive stock pre-cats have been removed. 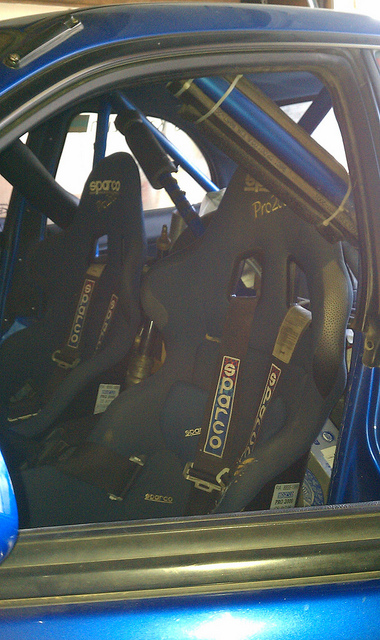 The interior of this WRX isn’t for the faint of heart – it sports a pair of sparco seats with 5-point harness and a full rollcage.  Thankfully the owner has left the factory headliner and carpet intact – making this a potentially liveable car for light street duty and you won’t go nuts from echoing noise of rocks bouncing off the undercarriage.

The seller was even nice enough to post a few videos of his Impreza doing a dirty job.  You could get another 100k mile WRX for this price, but it wouldn’t have a cage and trunk/rear seats full of spare parts ready to start your amateur rally career.  Start with a few open days at your local Rally events (check out http://californiarallyseries.com  if you are local to SoCal) before you swap in an EJ25 and sequential gearbox.

See another rally rat for sale?  email us here:  tips@dailyturismo.com