10k: A Poncho Under Your Hoodie: 1968 Pontiac Firebird

When the Ford Mustang hit showrooms in 1964 it sold like gangbusters.  GM wanted a piece of this action and fast-tracked its own pony car to the market in the form of the Camaro, but Pontiac (with John Z DeLorean at the helm) was in the process of designing its own radical Mustang fighter called the Banshee. GM upper management was afraid that the Banshee would cannibalize sales from the Corvette (which it certainly would have), so they put the kabosh on the Banshee and offered Pontiac the opportunity to build a pony car on a platform shared with the Camaro…and the rest is history.  Find this 1968 Pontiac Firebird offered for $12,900 via craigslist in Laurel, MT.  Tip from Oldsmobuick. 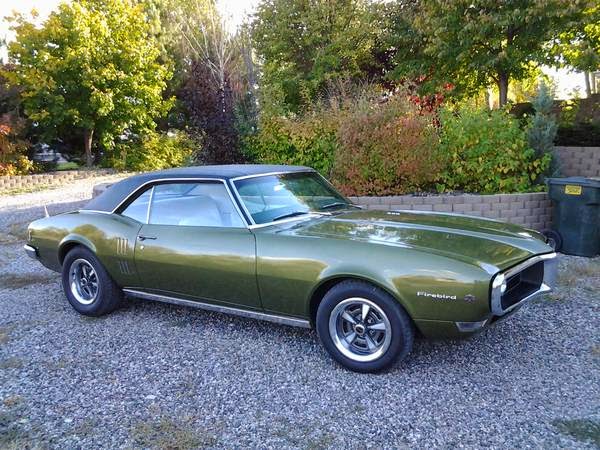 The Camarobird never reached the huge sales volume that the Mustang achieved in its first two years (Ford had factories spread from San Jose to New Jersey trying to keep up with demand of a million cars in the first 18 months), but it did sell fairly well.  Today a basic Firebird should demand about the same money as a plebeian Mustang coupe (fastbacks are crazy expensive nowadays) and this one with the Poncho V8 would be well purchased around the $10k range. 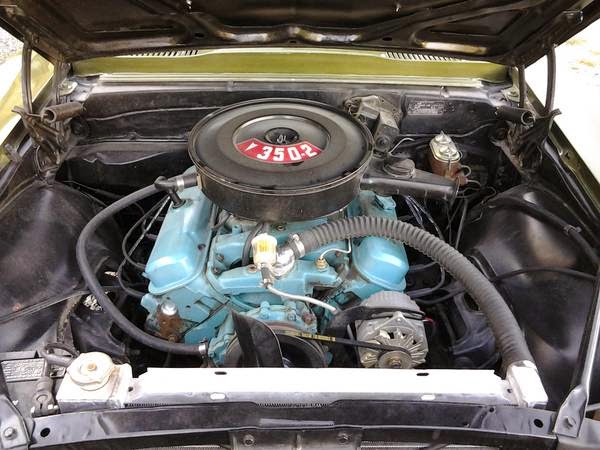 Pontiac may have used the Camaro structure, but they shoved their own engines into the front end.  Scores of Firebirds for sale now run Chevy 350 small blocks, so it is nice to see one still running the original Pontiac 350, even if it is the 2-barrel version.  The 350 was a step up from the 230 inline-6 and 326 V8, but still below the 400 V8. 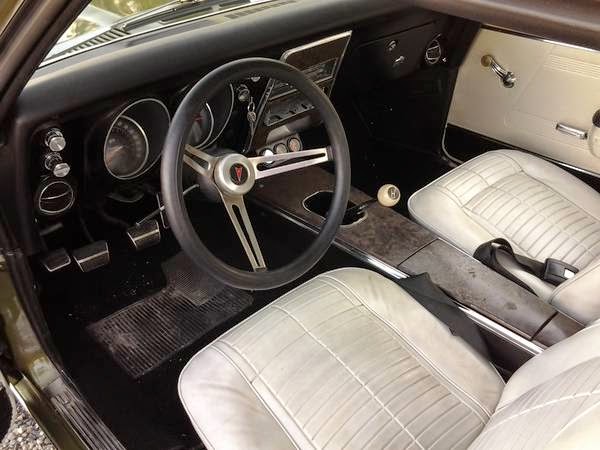 This Firebird is equipped with the desirable 4 on the floor but the remainder of the interior leaves something to be desired.  At least it has a center console, albeit in pretty nasty shape. 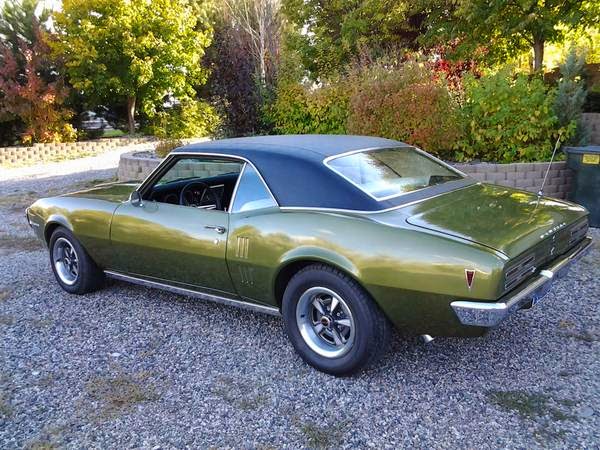