If you drink all the kool-aid about driving a vintage Porsche 911, you might expect the cars to be fast and bulletproof but the truth is that the stock 911 powerplants leave much to be desired.  Power in the low 200 hp range isn’t much to write home about these days (expect V6 Camrys to eat you for lunch).  The Porsche flat-6 is known for its long life, but only if you maintain it properly, and changing out things like the cam tensioner can cost considerably more than your last Camaro tune-up.  So, if you want some more performance and save a few bucks on oil changes, why not swap a Chevy V8 into the back of your Porsche?  Find this 1981 Porsche 911 SC V8 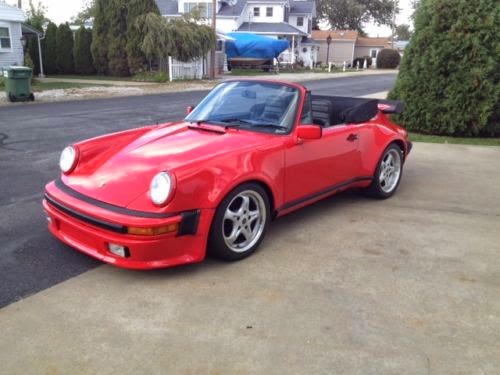 This ragtop started life as a targa, which from a torsional rigidity standpoint is like going from a Twizzler to a Redvine.  The biggest problem you’ll notice from loss of chassis flex isn’t lack of apex perfect handling, but is the creaks and squeaks you’ll hear from your interior parts as the chassis moves over bumps.  Cover these noises up with a booming stereo or some loud pipes. 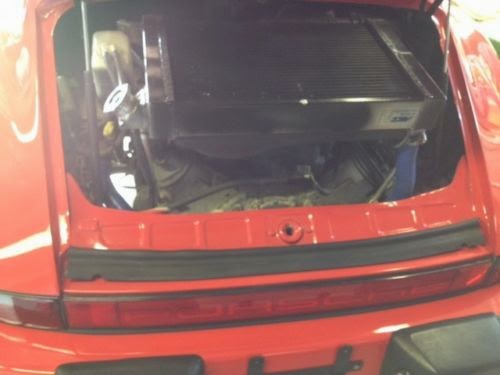 A quick peek under the engine cover reveals a Chevy Corvette LS1 engine that should be good for something around 400 horsepower.  This conversion was done by a company called ToyJet and we’ve featured some of their custom 911 work before. 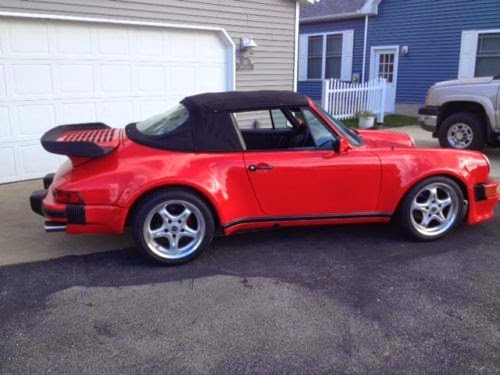 10k: A Poncho Under Your Hoodie: 1968 Pontiac Firebird Coffee-Shooting Brake