The Ford Mustang SVT Cobra was first released in the final year of the original Fox platform and featured a slightly upgraded 5.0 V8, 17inch directional wheels and a few subtle styling cues.  Ford produced less than 5,000 of the Fox Cobra in a single model year, so finding one that hasn’t had a cowl induction hood and pillar mounted gauges is a tricky.  Find this 1993 Ford Mustang Cobra for sale in Mobile, AL for $11,500 via craigslist.  Tip from Wesley. A quick search of the interwebs for other stock 93 Cobras nets the following cars, this one with a cowl induction hood

, another one with metallic paint, hatch area filled with sub-woofers plus NOS bottle, and a cowl induction hood

, and finally this 600 horsepower supercharged example with a cowl induction hood

.  With only an aftermarket exhaust, this red one looks pretty clean. 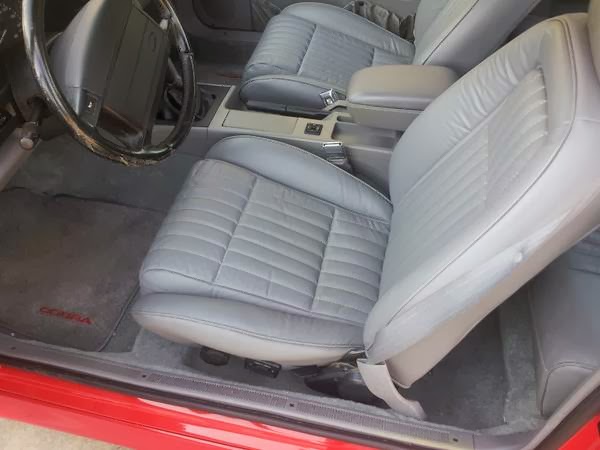 The seller includes a single photo of the interior that shows seats that look like they have been well kept or re-upholstered.  Reconditioned interiors should not raise red flags the same way new paint does, but keep in mind that the factory installation of components like the dash, headliner and carpets will usually be the nicest. Any time those factory bolts/clips are removed the chances for rattles and future problems is greatly increased. 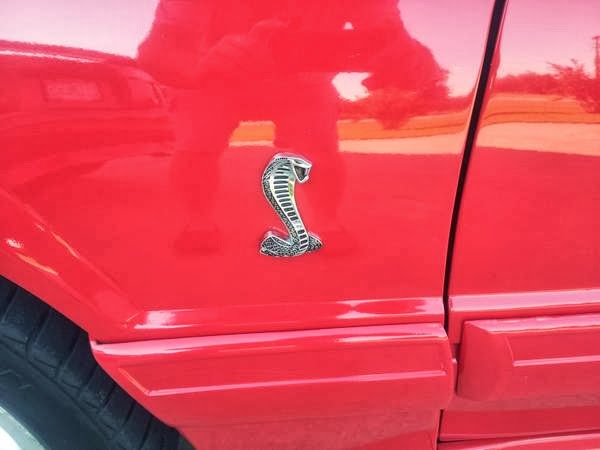 See a better way to get into a Cobra emblem Ford for less? tips@dailyturismo.com