The SAAB 99 and its 900 successor seem to appear fairly often on these pages; despite an apparent bias towards the Volvo end of the Svenska bil spectrum, we do actually make an effort to talk about the other car maker up there…you know, the one that was “Born From Jets” and has since died and been reborn a few times in good Viking fashion. There isn’t really another vehicle that looks like the 99/900 – and whether you think that’s a good thing or a deal-breaker may say more about your own eccentricity than the little front wheel drive vehicle’s. Find this 1977 SAAB 99 GLE with a claimed 58,000 miles for sale in Saugerties, NY for $9000 negotiable via craigslist.  Tip from Sean. 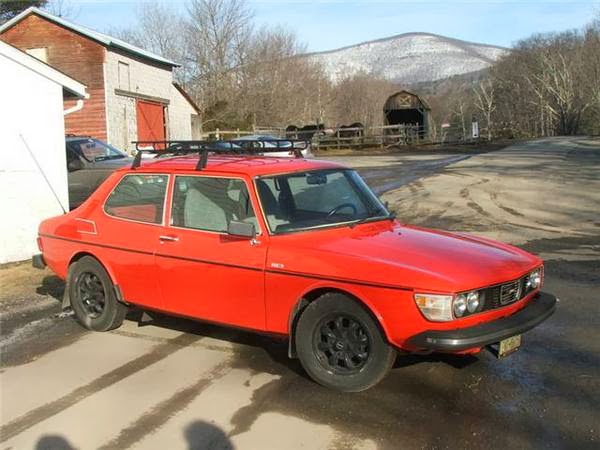 This 99 is the GLE model which is softer riding and a little squishier handling than an EMS but the look is right with those wheels. If they have been Plastidipped, the next owner may want to strip it off and go with the natural classic cast look for these Minilite style alloys – but the black on red theme seems to be working fairly well with the black trim, bumpers, and roof rack. Being a GLE this ’77 should have K-Jet mechanical fuel injection on its 116 hp, 2.0 liter longitudinal inline four. It should also have power steering and an automatic, but who knows anymore – the CL ad says it’s a manual. 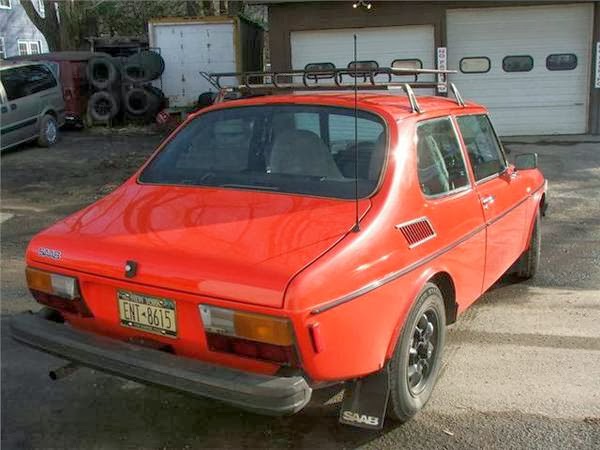 Being a sedan this car gives you a more conventional trunk than the hatchback, albeit an oddly concave curved one. As we are sure our East Coast readers know, older cars this nice are hard to find regardless of brand or wrong-wheel drivedness. Being that these are New York plates on a ’77 Saab, it would behoove any prospective buyers to pay for a PPI to check for major rust. At any rate, the 1977 models with their big taillights on the sedans looked really good from behind, in a very SAABish way. 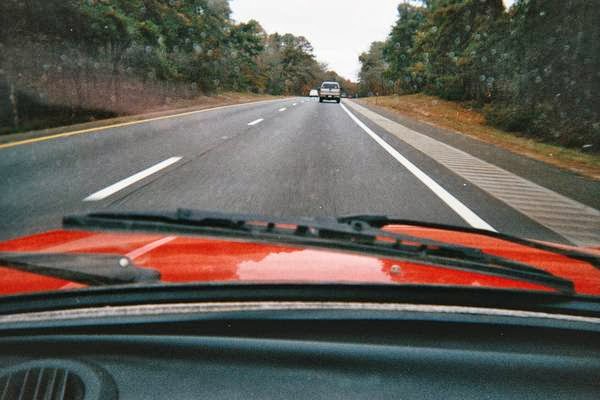 This is a car that falls into a vehicular category we’ve explored before here at Daily Turismo: could be super duper nice and worth every penny, but without complete pictures the seller is going to face a tough internet market. Any buyer who shows up with cash in hand may score themselves a great car with little to no competition, especially since the seller says the price is negotiable. $9k for a 99 sedan might be tough to swallow, and at that price the seller would be wise to cough up some interior pictures.  Looks like big lambskin covers on at least the passenger’s front seats. The only inkling of an interior picture we get is this through the windshield shot, conceivably to prove that the car does indeed move under its own power (or was just pushed down a really steep hill in the rain).

See a better deal on a barely-used Swede? Email us here: tips@dailyturismo.com

5k: Wagonaire vs. Wagoneer: Which Wagon Will Win its Way to your Wallet? 5k: Track Rat: 1974 Chevrolet Vega Cosworth Twin-Cam