DT commenter and Fiat owner PeteL summed up the Datsun B210 vintage racer featured yesterday nicely when he said: “That is a lot of kit and history (key for vintage acceptance) for $2600 and an easy freshening of the bottom end. The parts and fab work are 10x the selling price…wow.”  If you still want to experience cheap vintage racing, but perhaps are looking for something with a little more vroom-vroom to go with the zoom-zoom, this next feature should perk you up.  Find this 1974 Chevrolet Vega Cosworth Twin-Cam Race Car

currently bidding for $2,750 reserve-not-met with 2 days to go, located in Beaverton, OR on ebay. 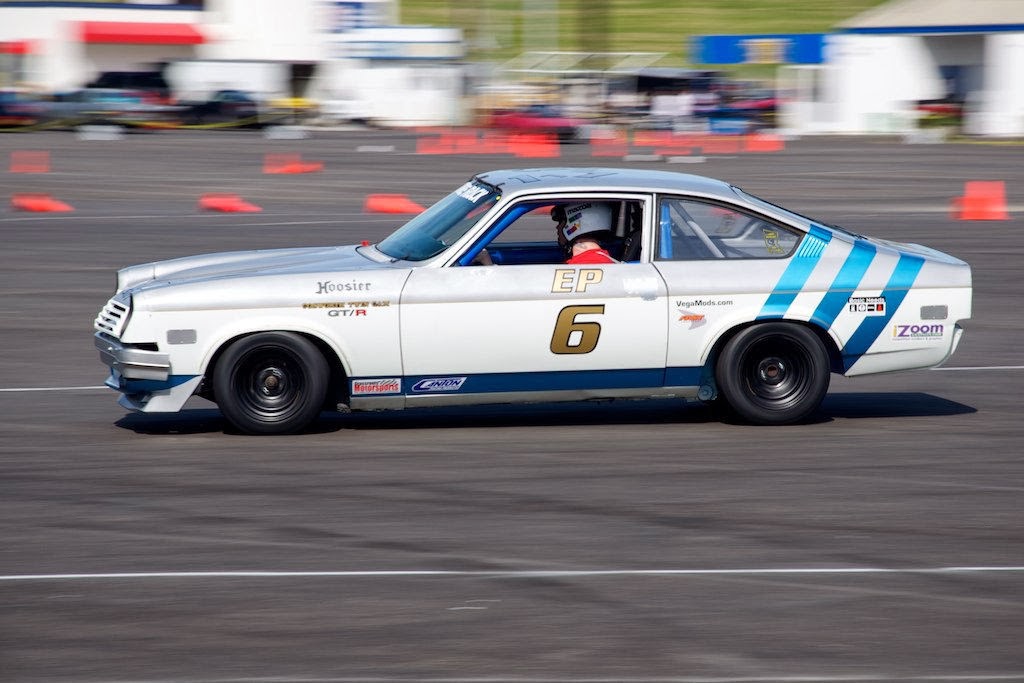 The Vega was supposed to be a world changing product for GM.  The design team was headed up by James G. Musser, Jr, known for his work on the Camaro, Chevy small block V8 and turbo-hydramatic transmission.  The Vega employed a large amount of technology including an aluminum alloy engine and a performance version of Vega was intially planned to be a rotary engine.  GM went as far as to build several RC2-206 Wankel powered Vegas, but fuel economy and durability concerns shelved the twin-rotor design. The backup performance option used a Cosworth twin-cam engine for a few more ponies and it was sold in limited quantities in 1975-76. 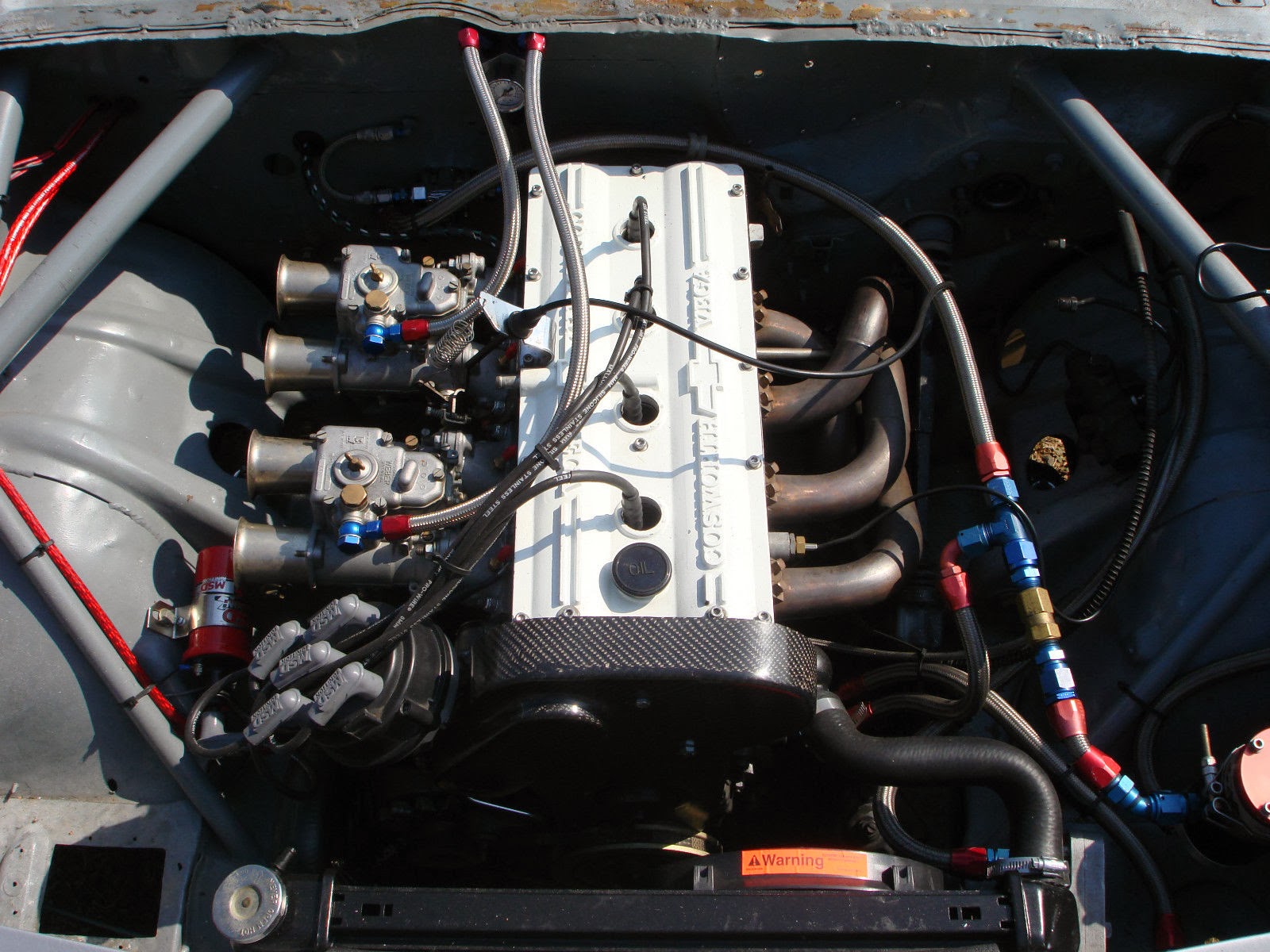 From the factory, the twin-cam engine put out a pathetic 110 horsepower due to emissions, reliability and driveability concerns.  Luckily, much more power is available by letting the 2.0 liter inline-4 breathe a bit and a racing version should be at least 200 horsepower, if not 250. 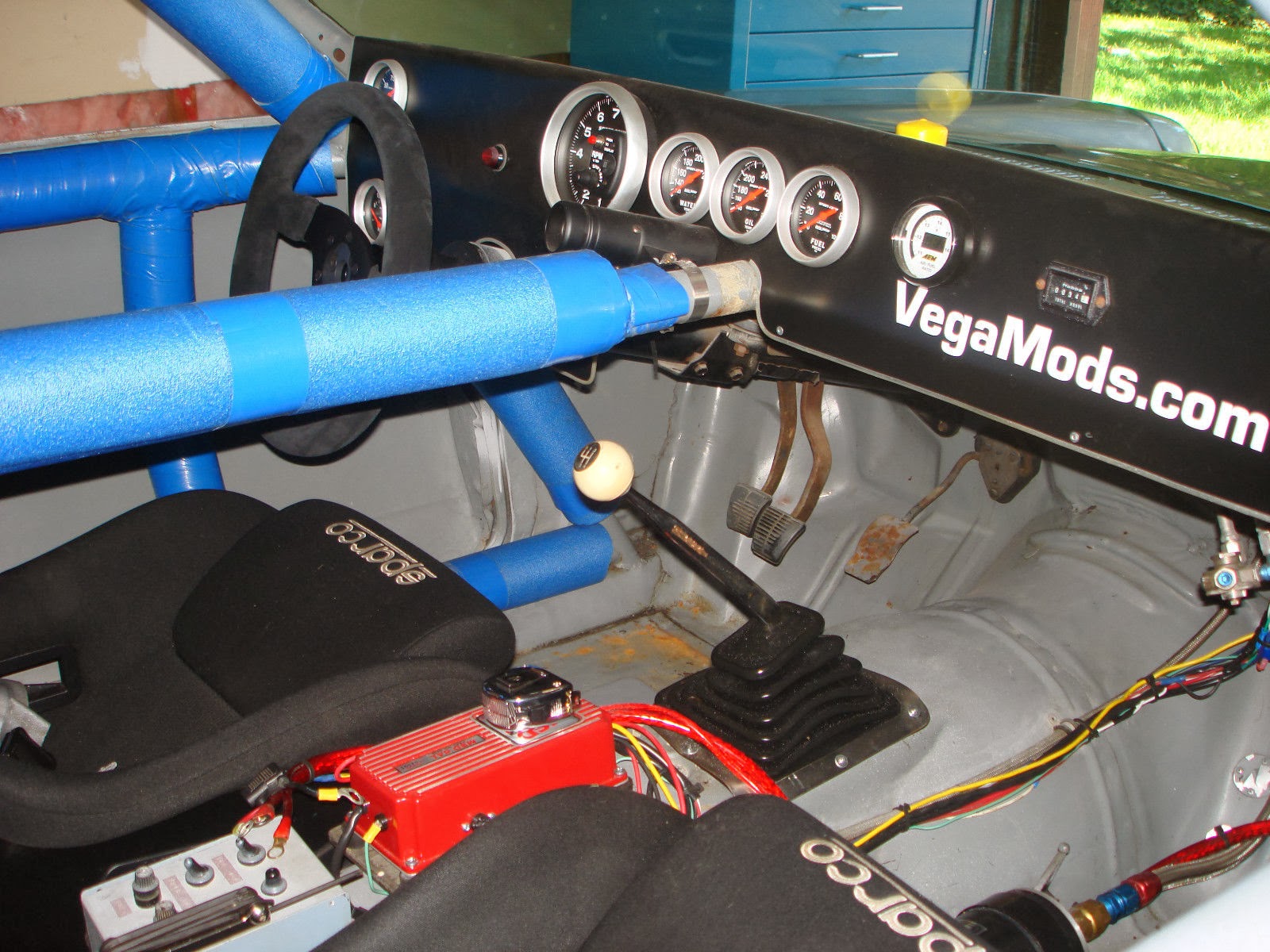 If the first thing you think when you see this is “where do I put my latte”…then perhaps this car isn’t for you.  This is a full out race car, and while the car does have a VIN, chances of getting it registered for the street are dubious because some where along the way the dash vin tag has been cut out.  Seriously though, I’d drive this every day to work. 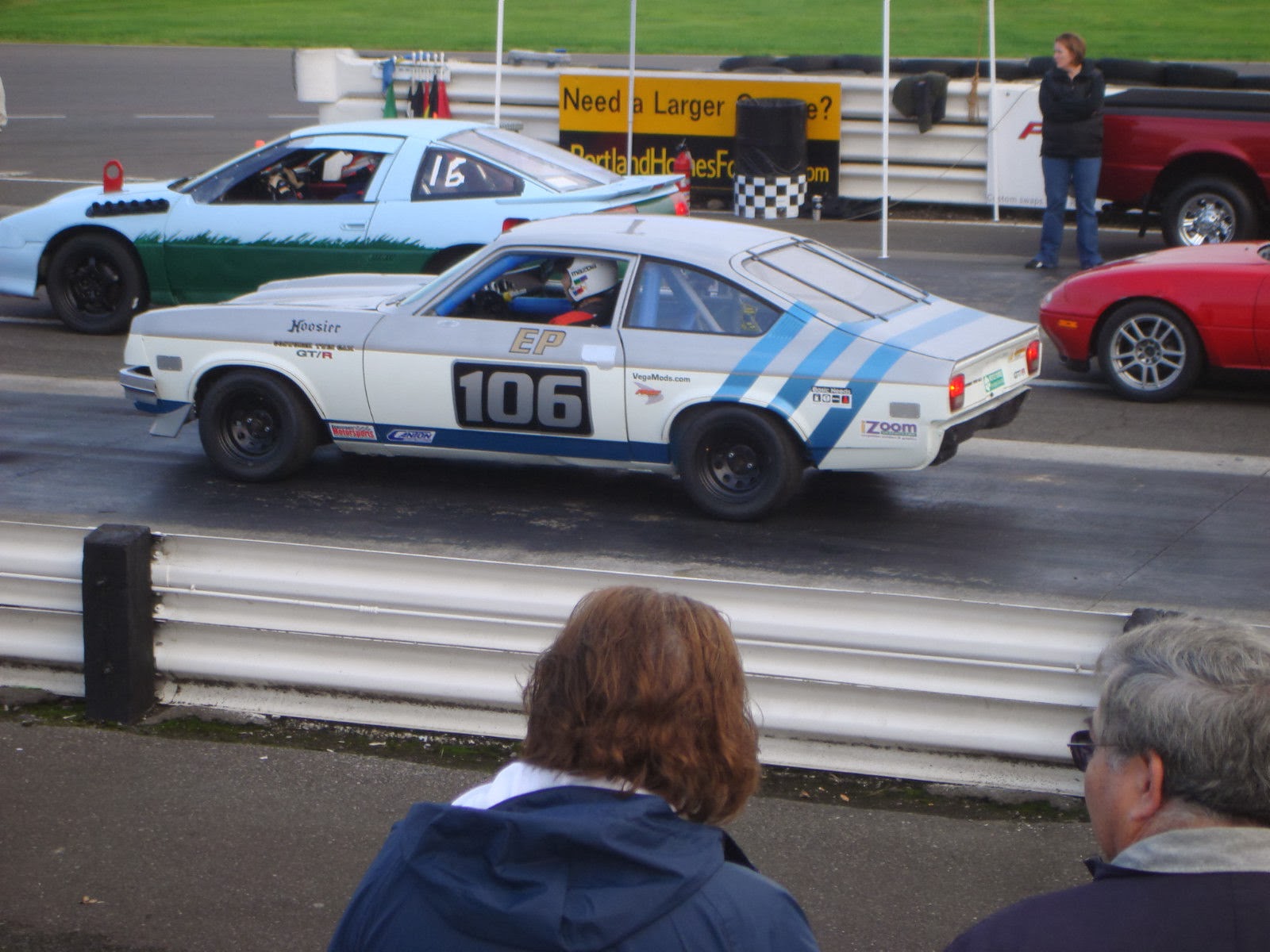 See a better classic that is almost cheap enough for a 24 Hrs of LeMons or GRM Challenge race?  tips@dailyturismo.com