The Toyota Blizzard was a Suzuki Samurai sized vehicle built by Daihatsu for Japanese light off-road needs but was never officially exported to the USA.  A few have found their way onto the American continent, but usually sell for something below $10k even in good shape. Find this 1986 Toyota Blizzard LX – Turbo-Diesel

for sale in Ozark, Missouri currently bidding for $7,300 reserve-not-met with 3 days to go. 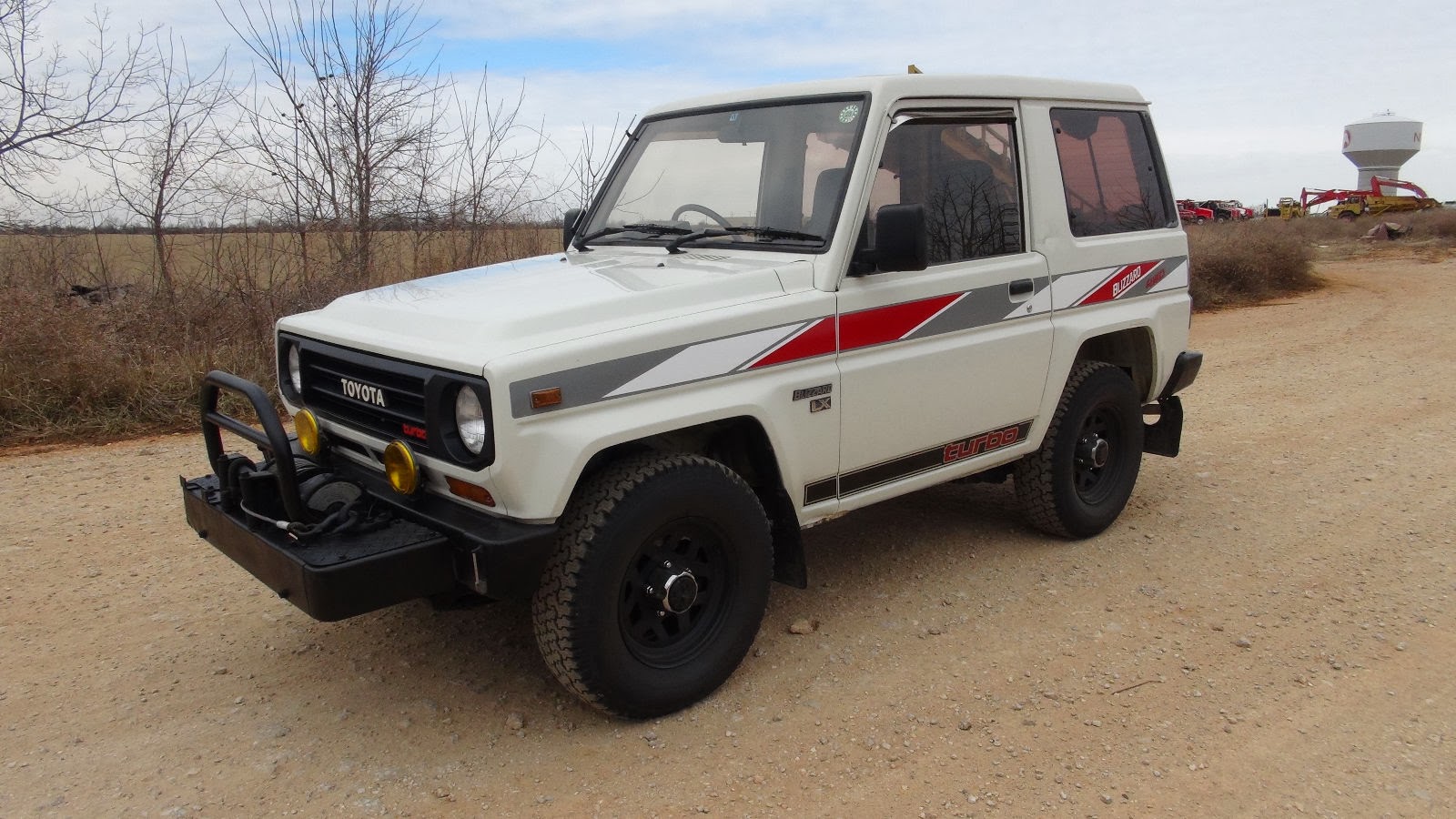 The Blizzard was a Toyota badged version of the F70 generation Daihatsu Rugger.  The Rugger/Blizzard was a small off-road utility vehicle, with an emphasis on bouncing over obstacles rather than crashing through them.  These light 4X4 vehicles are actually quite easy to pilot over tricky terrain and are used all over the world by civilians and police forces in places where roads are problematic or nonexistent. 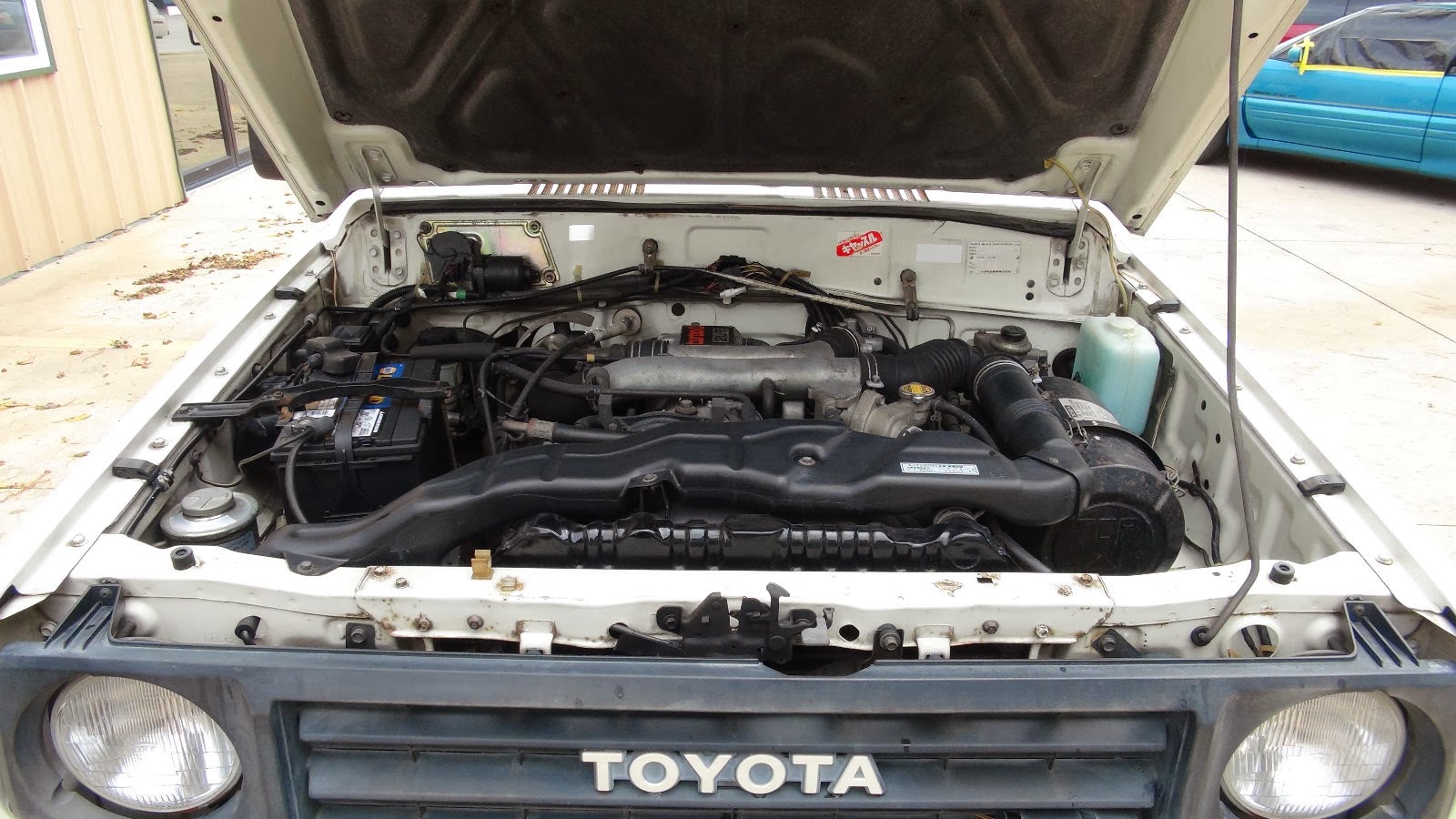 The Blizzard is powered by a Toyota built 2.4 liter turbocharged diesel engine, good for 96 horsepower and mated to a 5-speed manual gearbox and driver selectable four wheel drive.  The low end diesel grunt is appreciated when trying to scale steep obstacles with little run-up area. 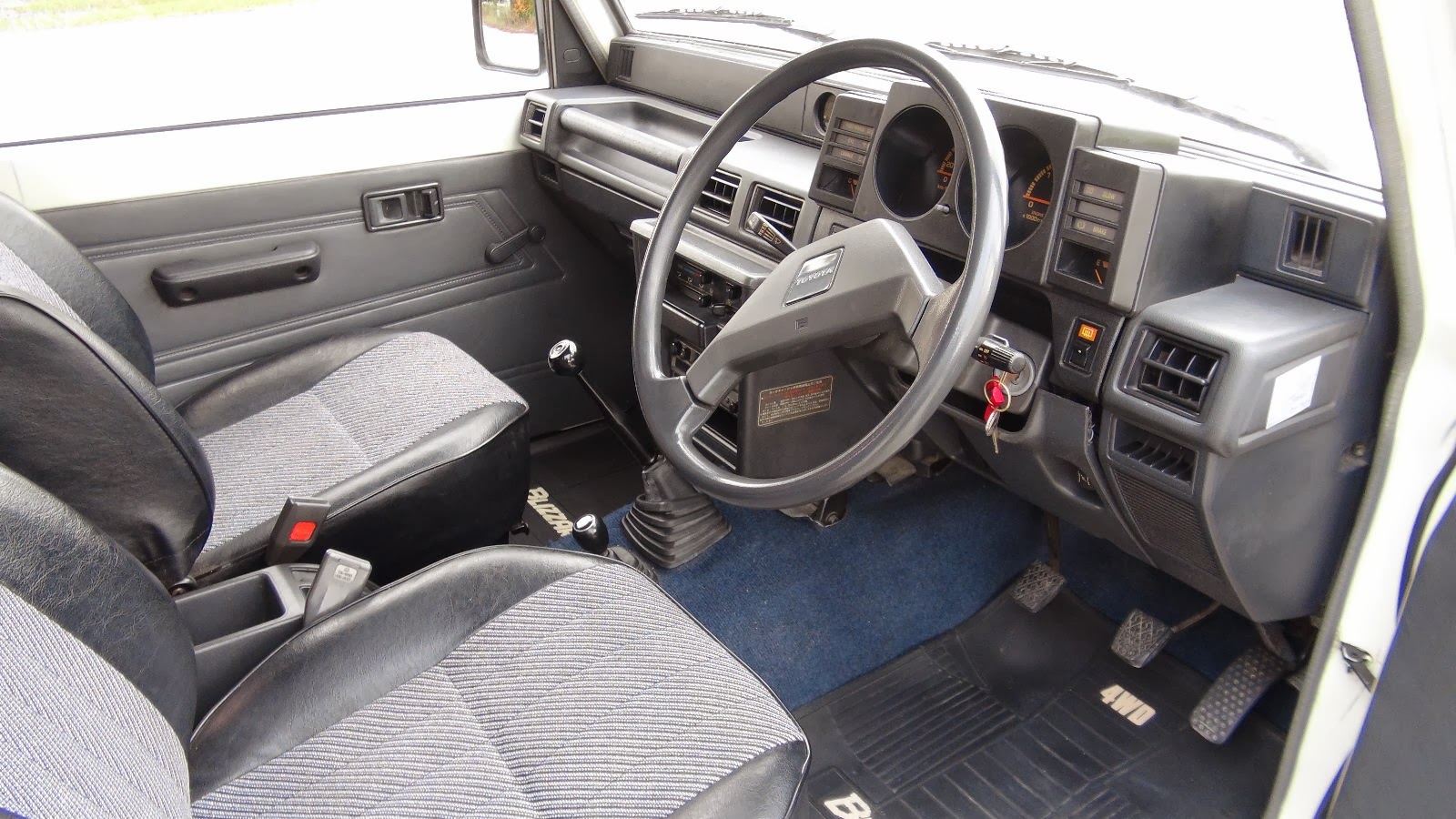 The interior of this Blizzard looks in great shape, but cloth and basic plastic wears well from this era.  As a bonus the seller says he has full EPA and DOT approval, but be warned that registering this thing in California could still be troublesome. 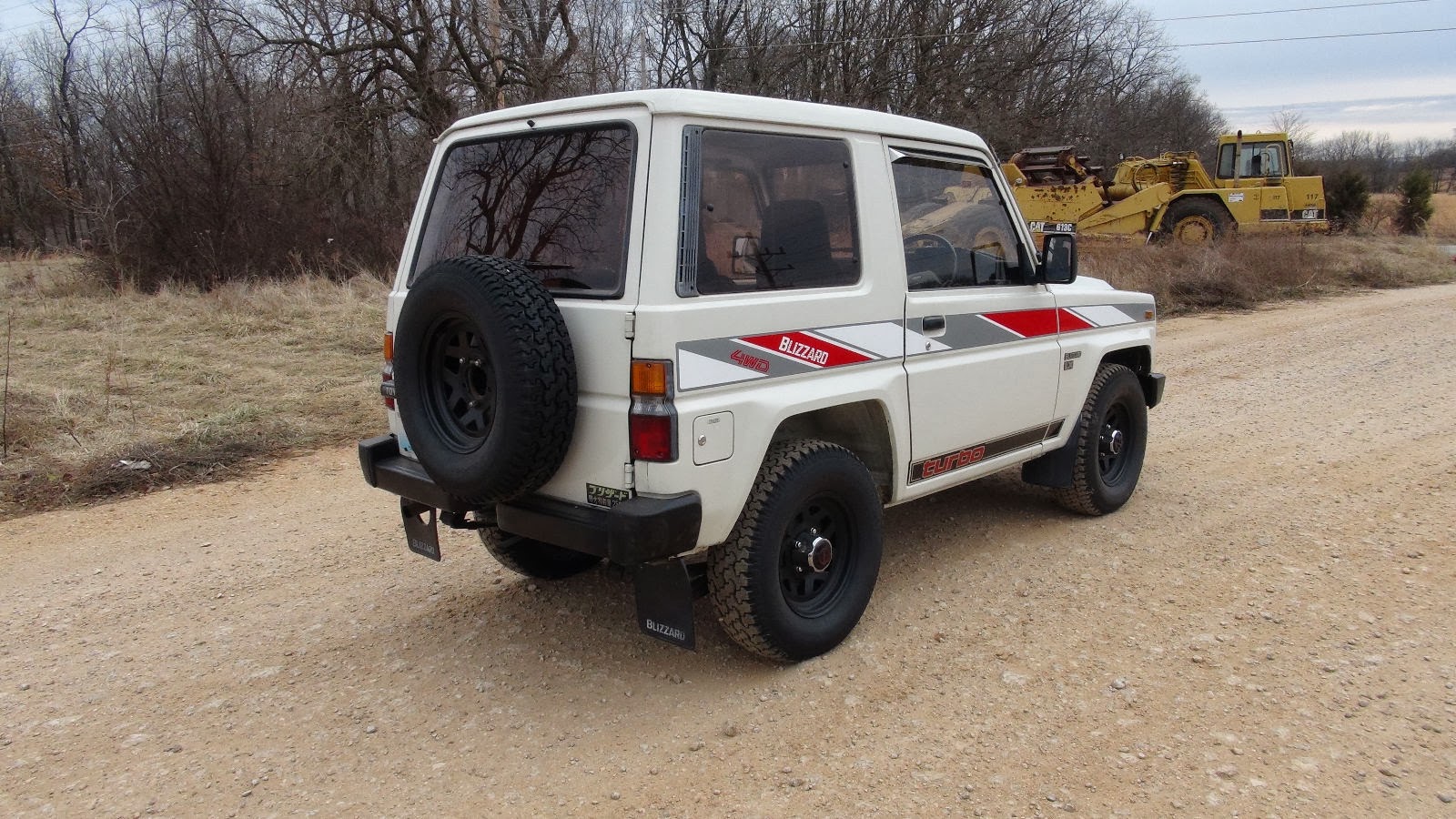 See a better way to show up all of those Jeep guys?  tips@dailyturismo.com