The Alfa Romeo Alfetta (tipo 116) was released in 1972 as a replacement for the Giulia based 1750 Berlina, even though a slightly larger sedan with the Berlina name (the 2000) was produced concurrently with the Alfetta.  Although Giuseppe Scarnati designed the original Giulia sedan, and the 1750 Berlina was a Giorgetto Giugiaro at Bertone design, the Alfetta fell back into Scarnati’s lap and he created something much more modern looking that bares a strikingly resemblance to the E12 BMW 5-series.  TL;DR version: A bunch of Italian guys designed some cars.  Find this 1979 Alfa Romeo Alfetta with GTV6 power offered for $9,700 in Kenmore, WA via craigslist.  Tip from Gianni 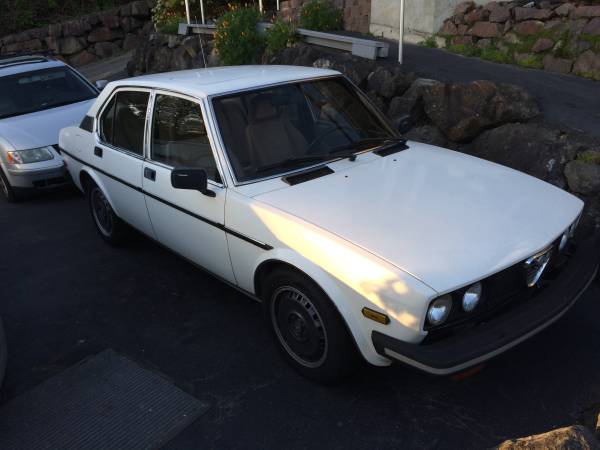 The North American market Alfetta was powered by a 2.0 liter SPICA fuel injected inline-4, but the sporty GTV 2-door version was available with a larger V6 borrowed from the Alfa 6 sedan.  Today’s example is an Alfa version of a muscle car, the smaller body with the larger engine shoved inside. 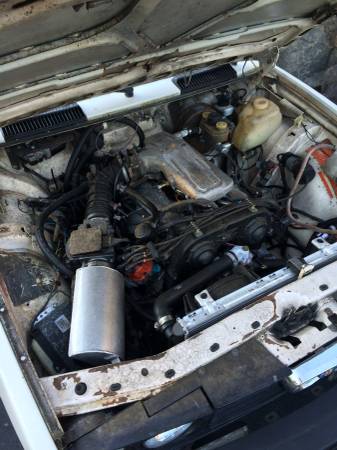 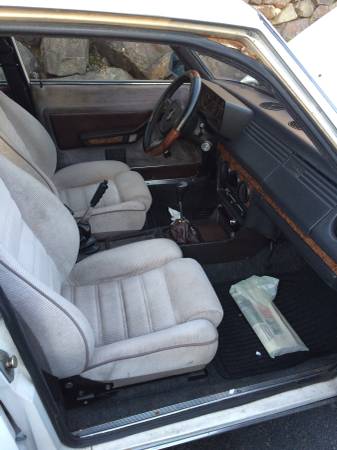 Power comes from a 2.5 liter V6 borrowed from a 1985 Alfa GTV6, which would have been rated at 156 horsepower and 152 ft-lbs of torque.  The swap looks well done in the few pictures provided and uses a 5-speed manual transaxle borrowed from an Alfa Romeo 75/Milano.  Somebody put serious effort into building this car, and the only negative at this price point is the paint, which is described as a 20 footer by the seller. 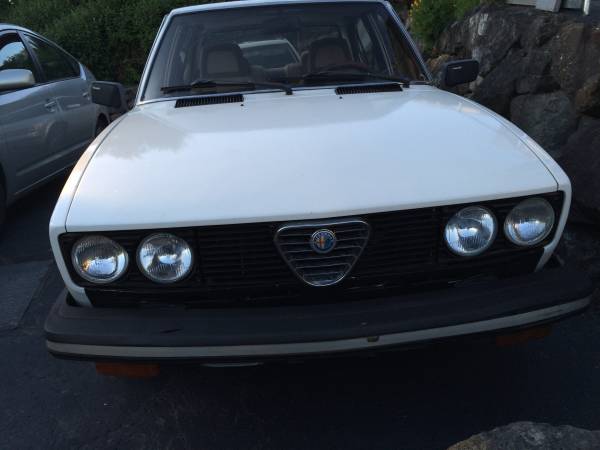