Two seller submissions in one week?  Conspiracy!  Outrage!  Okay, settle down, drop the pitchforks; we don’t get seller submissions very often, probably because sellers are afraid we are going to say nasty things about their car and generally be negative.  So we won’t say that this car is slow, gets horrible gas mileage and is too expensive, we’ll just focus on why it is cool and illuminate some of this car’s particularly scintillating history.  Find this 1972 Mercedes-Benz 280 SE 4.5 W108 for sale in Severna Park, MD currently bidding on ebay for $10,200 with 4 days to go. 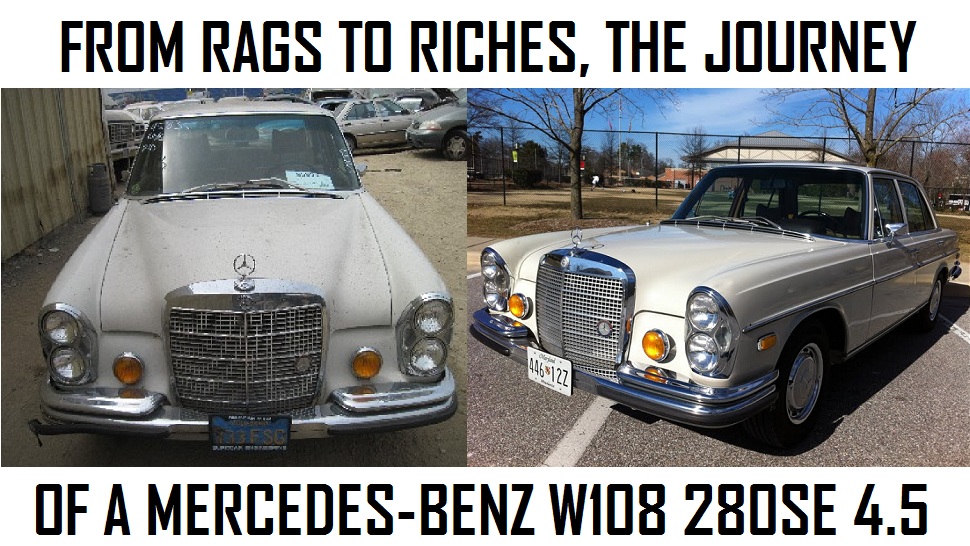 Today’s car was recently featured on the popular vintage car finding website Bring a Trailer and the seller subsequently sent us a nice note saying that he would like his W108 to be featured on our site.  We are big fans the 280SE 4.5, as is obvious by Hunsbloger’s meandering diatribe on the state of the W108 market from earlier this year.  The subject example from today’s feature looks fantastic in the photos and is currently bidding near the top of the market. 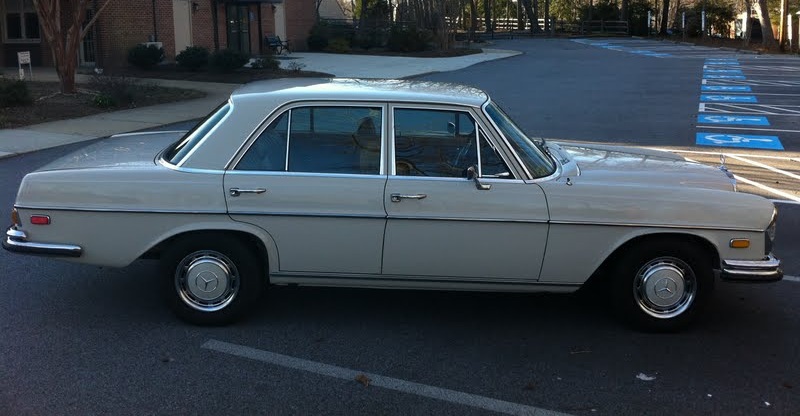 This 280SE is equipped with the 4.5 liter M117 V8 that puts out 195 horsepower and is mated to a 4-speed automatic transmission.  This example has had buckets full of cash poured into a recent mechanical restoration, with receipts totaling $13k from the current owner.  It is wearing what is presumed to be its original cream colored paint and the interior is flawless.  However, the photos from the previous sale really sparked our interest…

We immediately recognized the (previous) seller from the location/quality (and the camera specific meta data) of the photos – it is the infamous pebbleandrock, known for his ebay store full of classic low priced autos, cereal, marshmallows and million dollar domain names.  The King of Cereal and Marshmallows picks up classics from auctions and barns all over southern California and puts them up on ebay with very reasonable prices and Ansel Adams quality photos.  What we didn’t expect was to find the ad from when Cereal Marshmallows picked up this classic still on the internet for all to see! 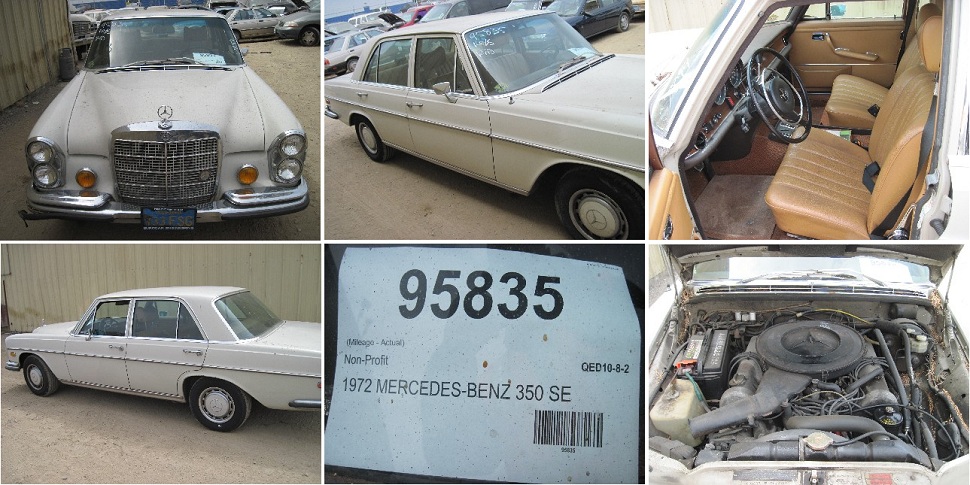 This car was at auction (previous, previous seller) in mid 2010 at the Desert View Auto Auctions, a self described independent wholesale auto auction company.  DVAA specializes in ‘serving the needs of the Auto Donation Industry and Charities.’  The auction lists this car as a Non-Profit, likely meaning it was donated.  The condition report incorrectly describes it as a 350SE and lists it as having keys, running and driving and generally being in average condition.  Fast forward a few years and here is what we know. 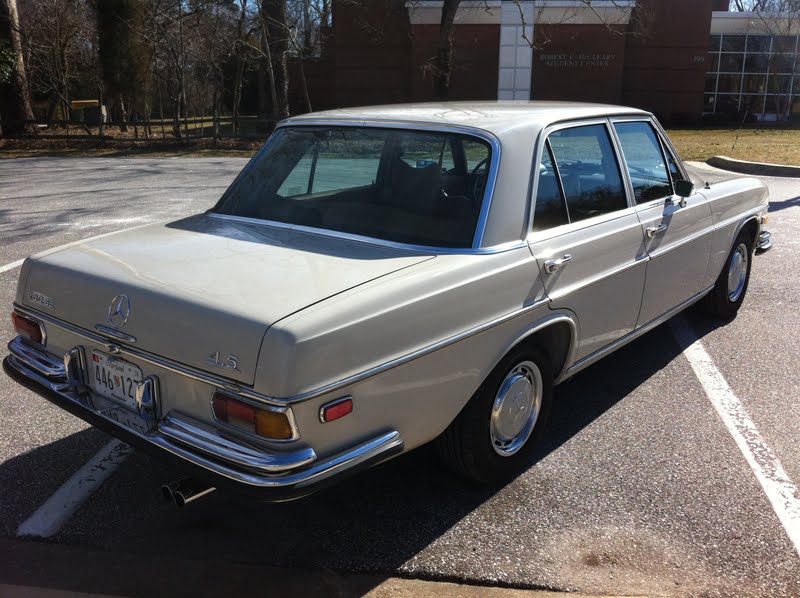 Someone donated this car in 2010 (possibly the original owner, maybe/maybe not, it is difficult to tell with pre-autocheck VINs), then pebbleandrock bought it at auction for a few $k, fixed minor stuff, gave it a bath and resold it on ebay for something around $8k and the current seller put $13k into it at a MBZ shop before shipping it to Maryland where he has used it for a weekend cruiser.  Today it is bidding on ebay for a bit above $10k and has probably had enough exposure to potential buyers that it will end around $12k.  Bottom line: You could scour DVAA website for the next few years and find that elusive $2k W108 and pour your sweat, blood and tears into bringing it back to life…or you could take advantage of other folks’ money.  As we’ve said before: The best money spent on a car is the previous owner’s.

Also featured on the front page of Jalopnik via DT’s kinja account.