The 2nd generation (NB) Mazda MX-5 was introduced in 1998 but it wasn’t until 2004 that the Mazdaspeed factory turbo version was released.  The Mazdaspeed version was only produced in limited quantities (less than 5500) for 2004 and 2005 and was powered by a turbocharged and intercooled BP-4W engine.  Find this 2004 Mazdaspeed MX-5 Miata turbo for sale in San Diego, CA for $10,000 via craigslist. 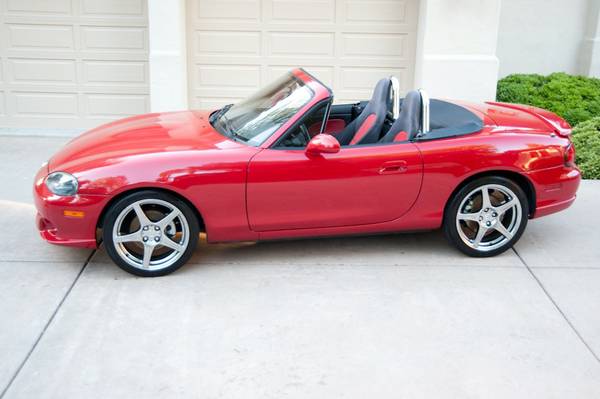 This MX-5 has been given a number of significant (and blingy!) power upgrades and should make something more than the stock 180 horsepower.  Speed junkies have complained that the Mazdaspeed MX-5 was still slow compared to other contemporary hot rods, so the power upgrades would be much appreciated.  Regardless, this example looks to be in great shape and is being sold along with all the stock parts if you want to convert it back to factory specs. 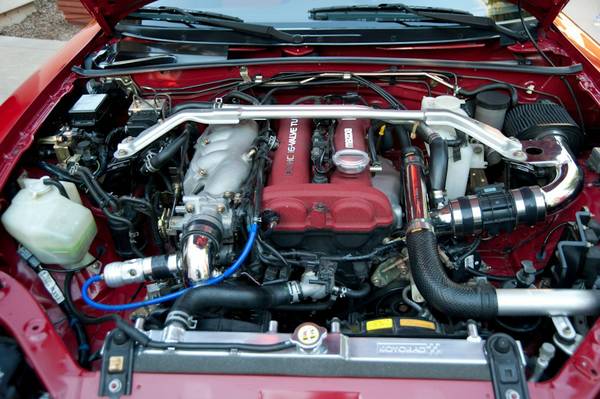