Contemporary ideology constantly barrages us with the instruction to “be different,” but in truth, most people follow the crowd and are only comfortable with small deviations from the norm.  A classic American 60s muscle car should be powered by a stock I-6 or V8, but if you want a modified version it has to be the V8.  Why?  Because the stock inline-6s were 1950s era pig-iron lumps with non-crossflow heads, made pitiful power stock and were never sold on the “cool” models.  In a cruel feedback-loop the aftermarket parts shops never bother to tool up performance parts for the i-6s further relegating them to granny cars or the scrap heap.  However, you can break out of the muscle car mold with this clean custom 1969 Dodge Dart with a hopped up inline-6 for $12,000 via craigslist. 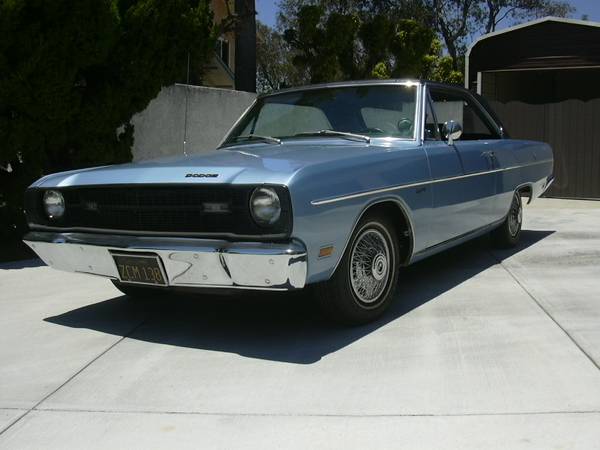 The 4th generation Dodge Dart had a remarkably long life for the era, from 1967 to 1976 with many changes over the years for emissions, safety and sales, but for the most part it shared the same basic architecture, floor pan, suspension and engines.  This particular example has had an interesting life, likely starting out as a basic inline-6 model, but the seller maintains that someone has invested $20k in the build and it was featured in a TV show. 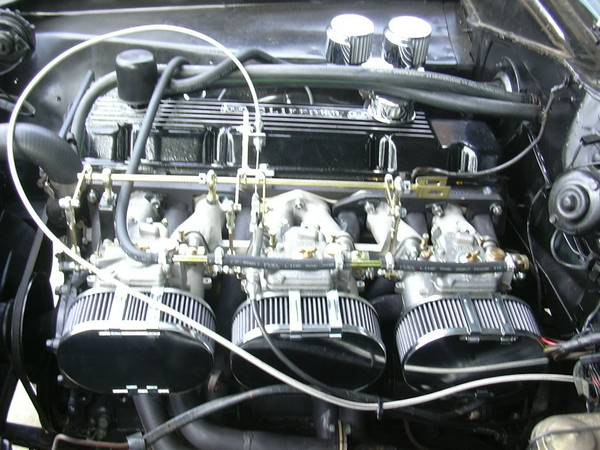 The different part under the hood of this Dart is a souped up 225 cubic inch inline-6, complete with triple weber carbs, a custom cam, larger valves and a set of headers…but nothing you can do about that non-crossflow head.  The seller doesn’t mention any power figures, (we would guess 200ish) but it is mated to a torqueflite transmission and makes for a good cruiser, not a track car, so stop worrying about your drag times and enjoy the sunshine. 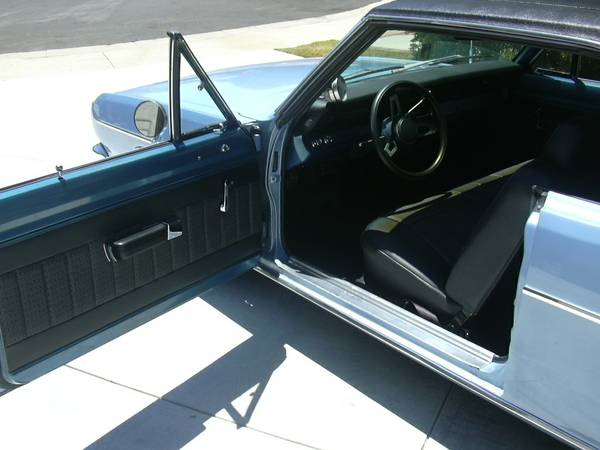 Per the seller the inside was custom fabricated by “Mike Ambrose,” who is either a deceased weatherman from San Diego or a tatoo’d ex-drummer from the East Bay punk band “Set Your Goals.”  Regardless, it is hard to tell the quality of his interior fab skills (read: sewing) based on the single underexposed photo of part of the interior. 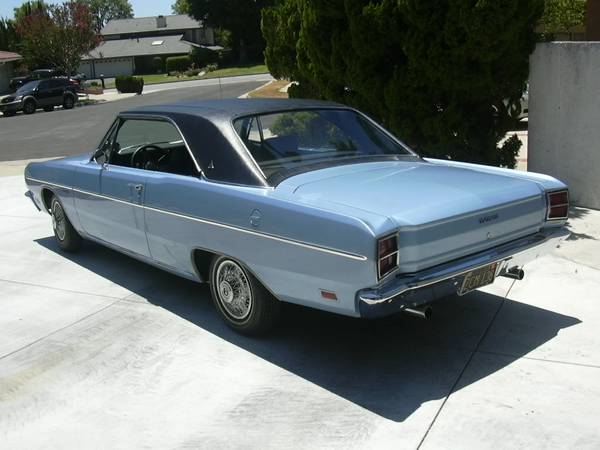 While certainly not the best deal we’ve ever featured on DT, it does appeal to the inner freak inside us who wants to be different….no…not different by dying your hair black, getting tatoos and nose studs like millions of other different folks…but by actually spending some time/money to make an inline-6 powered muscle car.  As is, it’ll probably keep up with many of the stock V8s from the day, be a total shock when you pop the hood and that ain’t bad.