The E39 (1995-2003) BMW 540i is one of the few decent BMW performance bargains available
on the used car market today.  Prices for the all-alloy V8 engined cars
start around the price of a winter beater and even the nice/rare
examples trade for well less than the price of new Nissan Versa…actually, you might have a hard time picking up a nice E39 for les than the $11,990 MSRP of the 2015 Versa…but there is no comparing the two cars.  Find this 1999 BMW 540it with 6-spd swap offered for $12,000 in Anderson, SC via craigslist. 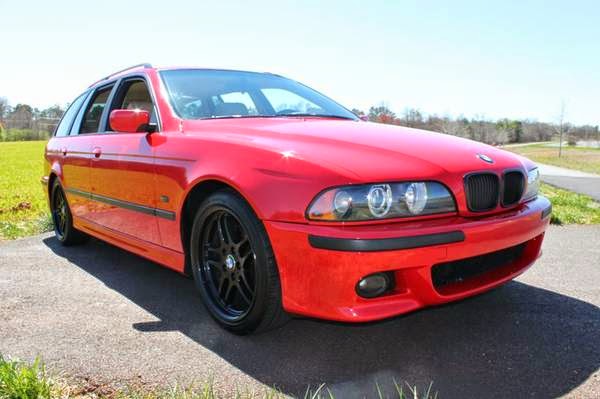 The E39 generation BMW 5-series was available with a 6-speed from the factory, but only in the sedan versions, so if you want a 6-speed in your family wagon, you’ll need to find one like this one that has been swapped. 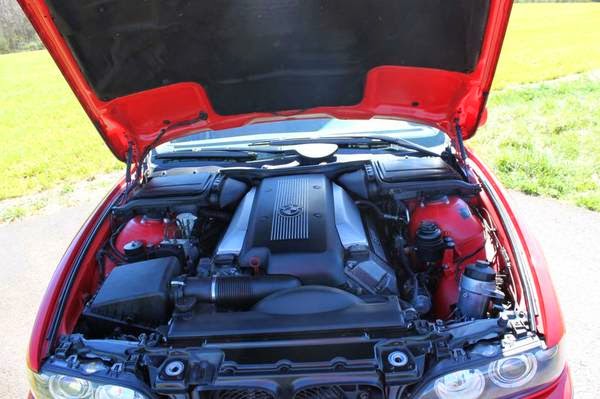 In a rare example of the numbers on the trunk badge being lower than the engine displacement, the 540i has an M62 4.4 liter V8 under the hood which puts out 282 horsepower and 324 ft-lbs of torque.  It is mated to a 6-speed manual gearbox that won’t leave you searching for another gear. 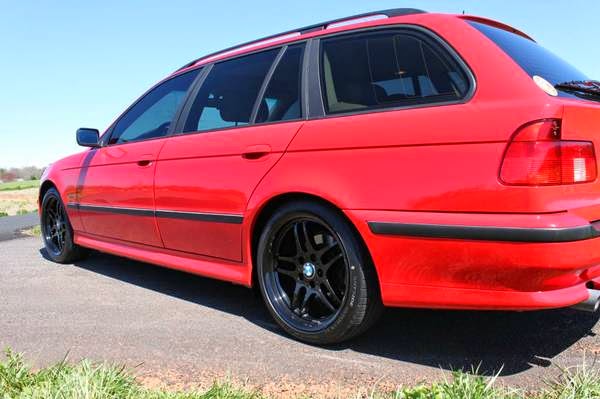 See a better car for a family with 2 golden retrievers? tips@dailyturismo.com