If one feature Chevy LS-V8 swapped ride is good, two is even better.  The Caprice was a full sized sedan from Chevy, the four-doors sold in large numbers to fleet use but the two doors have become an urban gangster favorite.  This 1986 Chevy Caprice with LS1 Swap is called the Black Pearl and is for sale in Long Beach, CA for $9500 via craigslist. 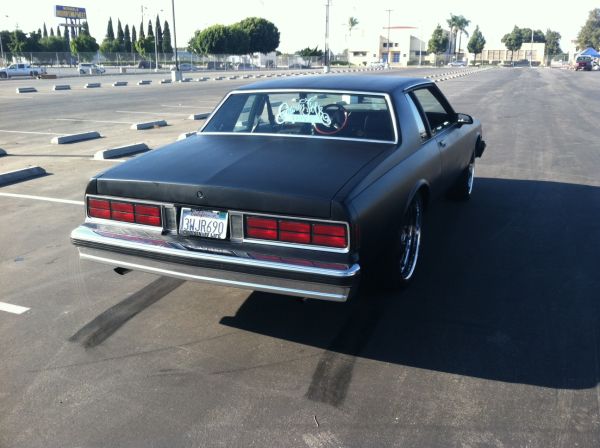 The Black Pearl features a flat black paint job on its square third generation body and sports some unreadable gangsta graffiti in the rear window.  The Caprice has a following that tends to lean towards 24 inch wheels with Italian sounding names that can be rented since they cost as much as a car…but with a set of normal sized wheels the caprice can look sharp. 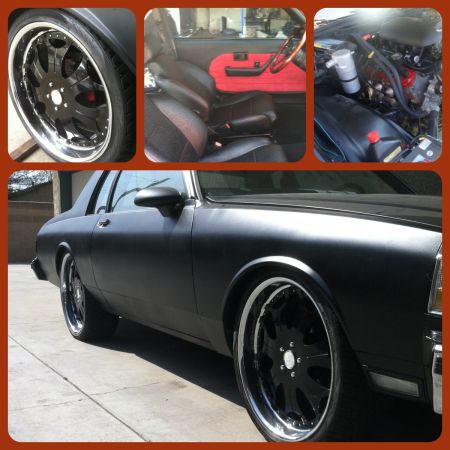 Scant details are given about the LS1, but the most common donor is the 4th generation Camaro which puts out somewhere between 300 and 350 horsepower depending on year and edition.  A few simple bolt on parts can push that number much close to 400 horsepower without violating CARB rules.  The seller also describes an Ostrich and Suede interior which looks interesting in the photos, but could go either way in person.

See another murdered out cruiser for the urban murderer?  email us: tips@dailyturismo.com