Update 12/10/2013 10:00PM PST: Commenter Scot pointed out that the seller had updated his ad because he has received 100 inquiries and now is asking $1000 or 1 bit coin. The seller is also asking what will you do with this car…whatever you do – just don’t say it will be as a porta-john at next year’s burning man.

Originally Published 12/10/13 7:00AM PST: The Volvo 200 series was built in a shockingly long 20 year lifespan from 1973-1993.  Part of the reason other cars needed complete redesigns are periodic new safety standards, but the 240/260 was build decades ahead of the competition in terms of safety – resulting in an iconic boxy Volvo shape that defined the marque for a few generations.  Cheaper examples seem to be neglected high mile sedans, but finding a manual transmission equipped wagon for less than $500 is indeed a treat.  Find this 1985 Volvo 240 DL 5-spd for $400 located in Mountain View, CA via craigslist.  Tip from Kaibeezy. 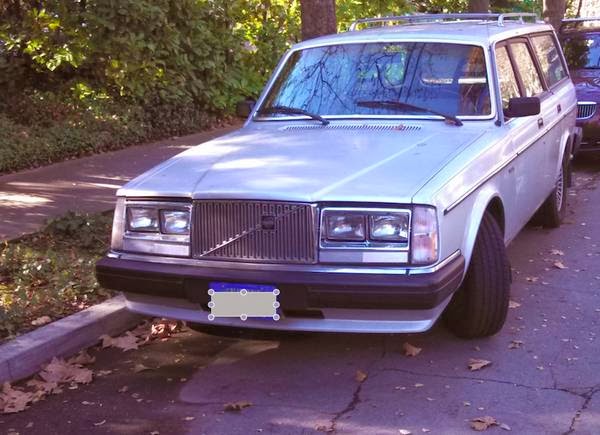 I sincerely hope this isn’t an add written by some email harvesting scammer trying to get Volvo lovers email addresses, because this car is a fantastic bargain for the asking price. 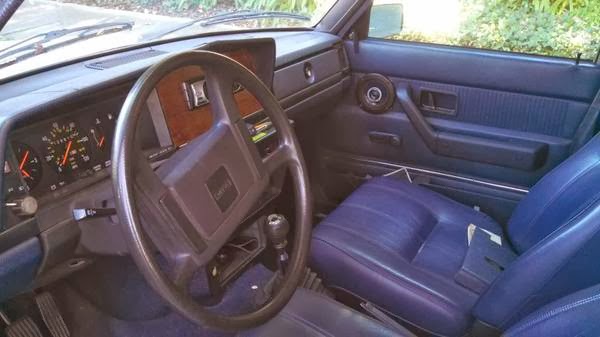 The seller claims to have purchased the car in 1992 and it currently runs/drives okay, passes smog…really this is the perfect car to buy, drive around the family for a year or two and sell it for what you paid. 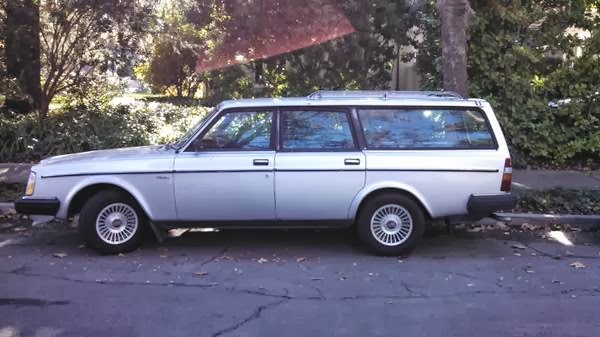