The P76 was British Leyland’s only large Australian car, designed to challenge Holden Kingswoods, Ford Falcons, and Chrysler Valiants of the day. Unfortunately the 1970s were a grim time for British Leyland with worker strikes and poor sales leading to a lack of cash. The P76 was developed from concept to production on a shoestring budget in a mere three years. Being a new competitor in an established market was always going to be difficult for success, but the Leyland delivered, winning the Wheel’s Car of the Year in 1973. Sadly, the public didn’t take to the new car as well as the press had, with continuous quality control problems (as was typical of Leyland cars during the 1970s) and the Oil Crisis in full swing as the car was launched in 1973. Find this 1973 Leyland P76 for $17,900 AUD ($13580 USD at the time of writing) in Niddrie, Victoria, Australia, via carsales.com.au. 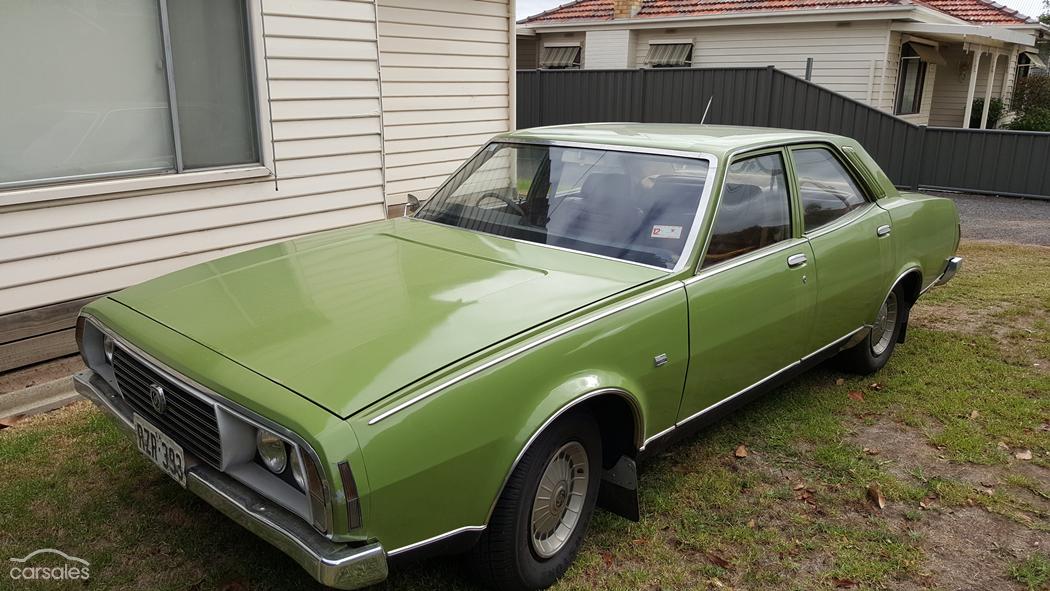 This P76 has been remarkably well preserved with a straight body in the original (and very 70s) Spanish Olive Green colour. Designed by Michelotti, the most significant aspect of the body was the boot size, which was claimed to be the largest in its class. It could famously fit a 44 gallon drum, although why a family car needs to fit a 44 gallon drum, we’re not entirely sure. British Leyland also made sure the frame was very stiff, to give the car better handling. 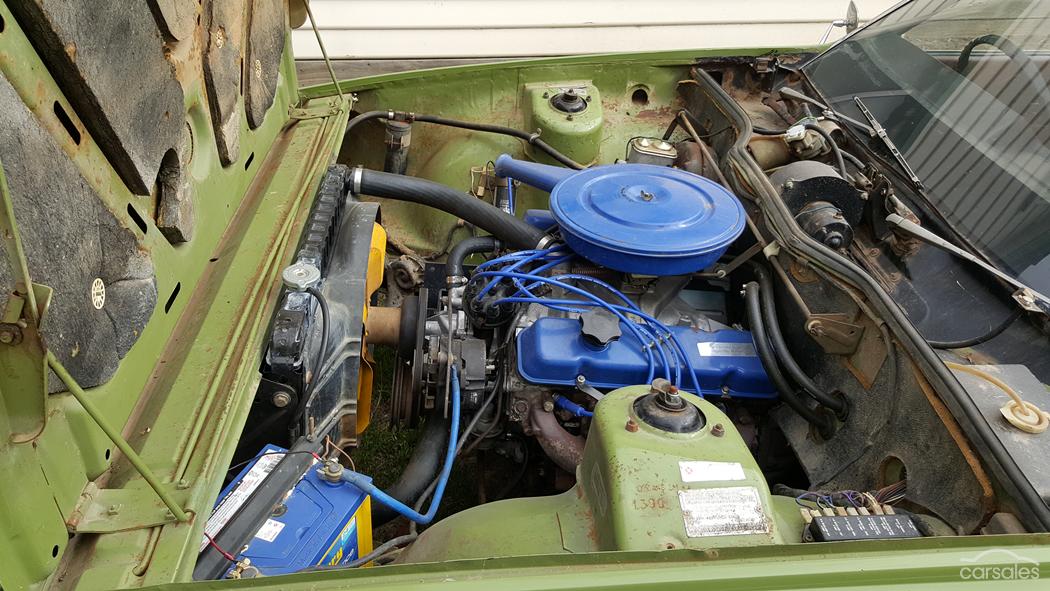 Inside, the car is even better preserved, with almost perfect brown leather and very good wood trim dash. Although the car has a five digit odometer, so it’s impossible to be sure, the 42,000km seems to be original, backed up by the seller saying the car was sitting between 1979 and 2014. Bucket seats are an appealing and rare option. 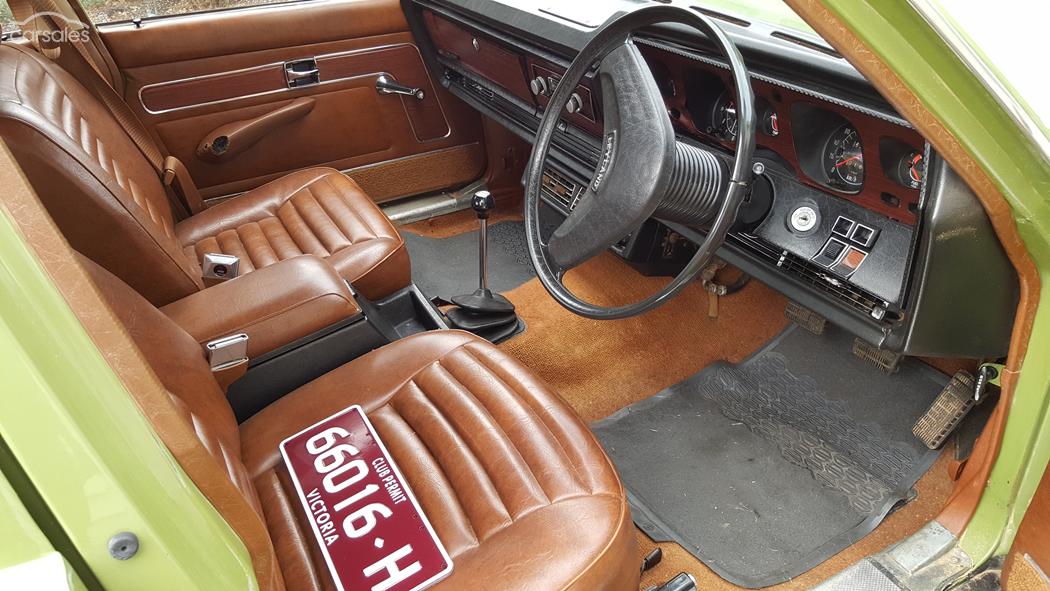 The 4.4L aluminium alloy V8 was derived from the Rover V8, and was unique to the P76. Leyland hoped that the smaller displacement and lighter aluminium block would help increase the fuel economy compared to the bigger Aussie V8s, however in the climate of the Oil Crisis it mattered little. Paired to a 4 speed manual here, the P76 could also be optioned with T-bar or column shift automatics. 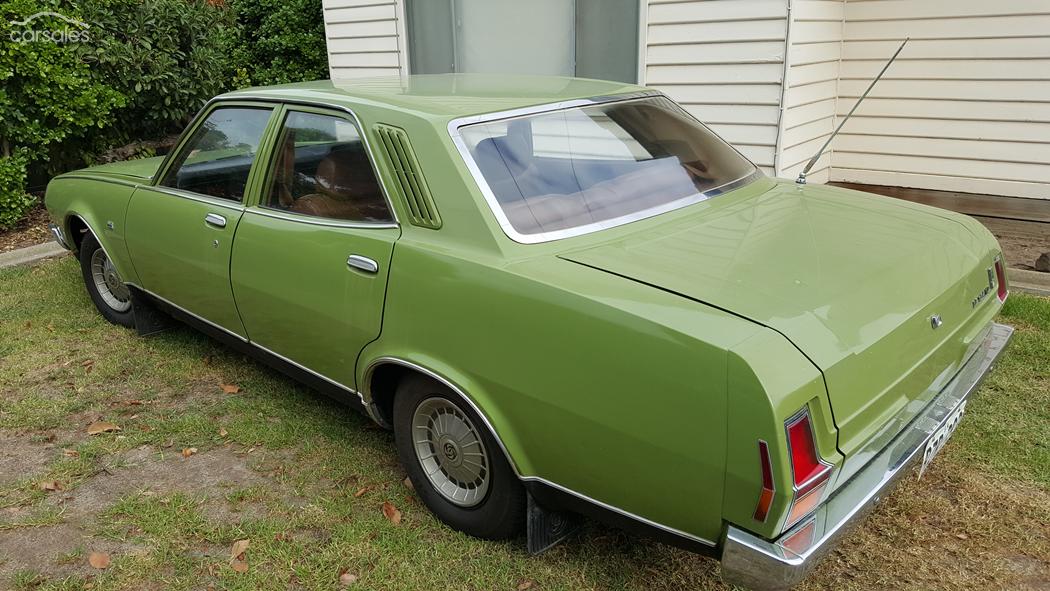 The Leyland P76 ultimately failed in the marketplace, but it was an advanced sedan that was at the cutting edge, with some of its advancements including rack and pinion steering, power assisted disc brakes, and MacPherson front suspension. Unfortunately, the car was short-lived, bowing out of the market in 1975 after just 18,000 had been sold.

See another brilliant car that was a victim of its time? Email us at tips@dailyturismo.com