By Hunsbloger — DT doesn’t applaud new market highs because we’re all about finding the
best cars for the least amount of money, not seeing who can set the new
market high for a decent car!  We’re outraged by careless overspenders
who ruin it for the rest of us, causing us to watch formerly desirable
and nearly affordable cars escalate away in prices that are the result
of frenzied old men who are bidding to impress their girlfriends rather
than buying a car for the right price.  The effects of these wacked-out
outlier sales take a while for the market to shake off because we’ll now
have to wait as all the overspending speculators come into the market
with their refurbished flips.  While aircooled Porsches, anything Ferrari, and certain BMWs have skyrocketed to silly prices, we will seek out the good stuff for a reasonable budget, like this 1966 Chevrolet Corvair offered for $6,500 in San Diego, CA via craigslist. 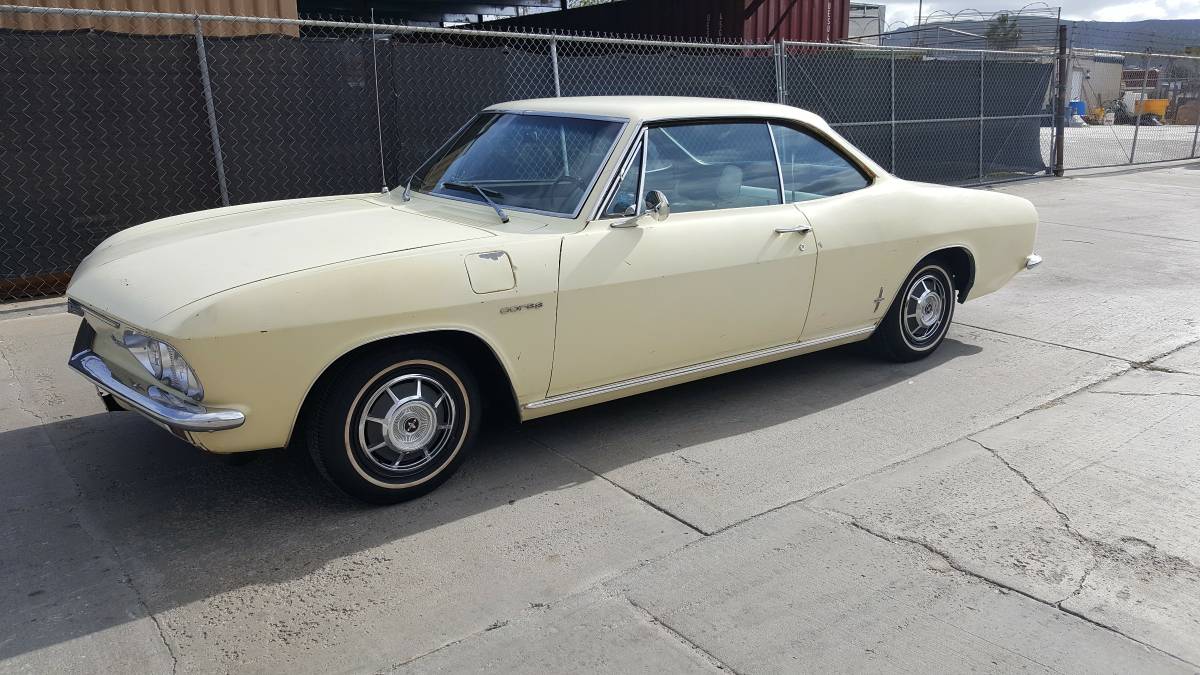 This car looks like it SHOULD be more than $6500 given its appearance.  Only obvious warts appear to be the broken left brake lens.  Can’t tell from the text if he has replaced brakes and cleaned fuel system or if that’s what’s needed.  The license plate has a Mar Red/Sticker which means it may have some fees due if it wasn’t non-op.  That plate is about 20 years old which coincides with the ‘in storage’ for 20 years. 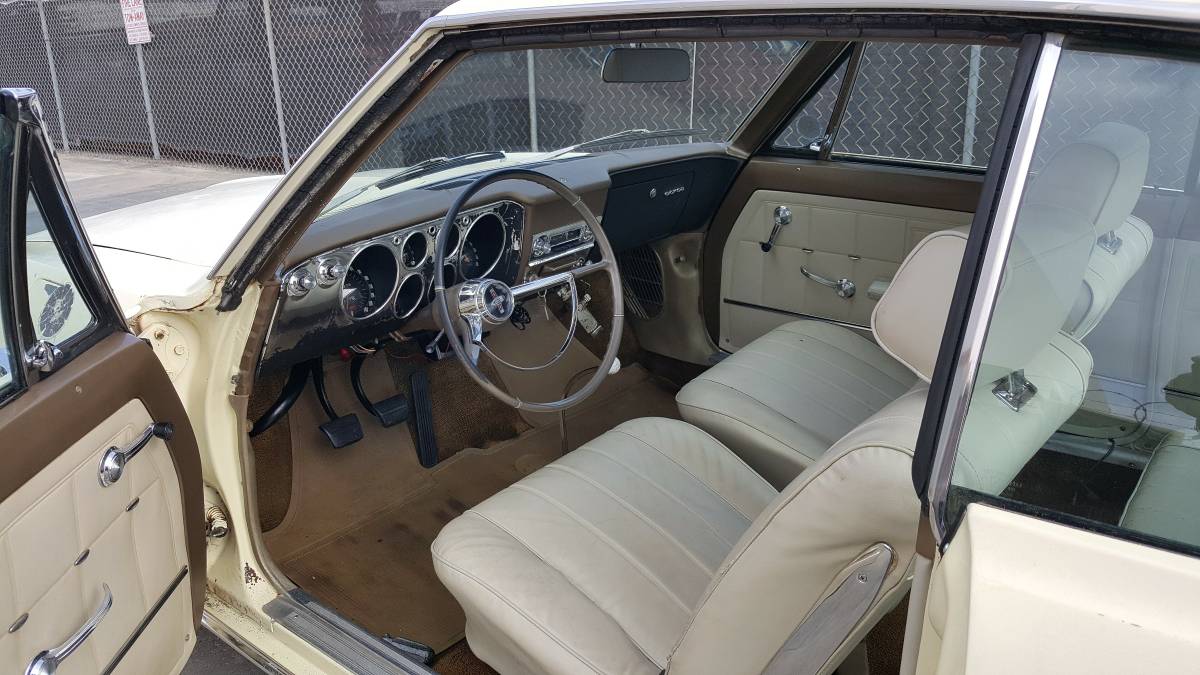 The interior looks really good for its age as do most of the chrome/aluminum bits of trim. Those headrests are pretty rare for any ’66 Chevy and it indicates this was a pretty high option car but the steering whell is standard Monza style.  (May want to ask someone more knowledgeable that me about that)  Radio appears to be a mono AM/FM which was pretty cool for ’66.    Yellow/Cream is not the most manly of color combos for a turbo, but it would make a good sleeper. 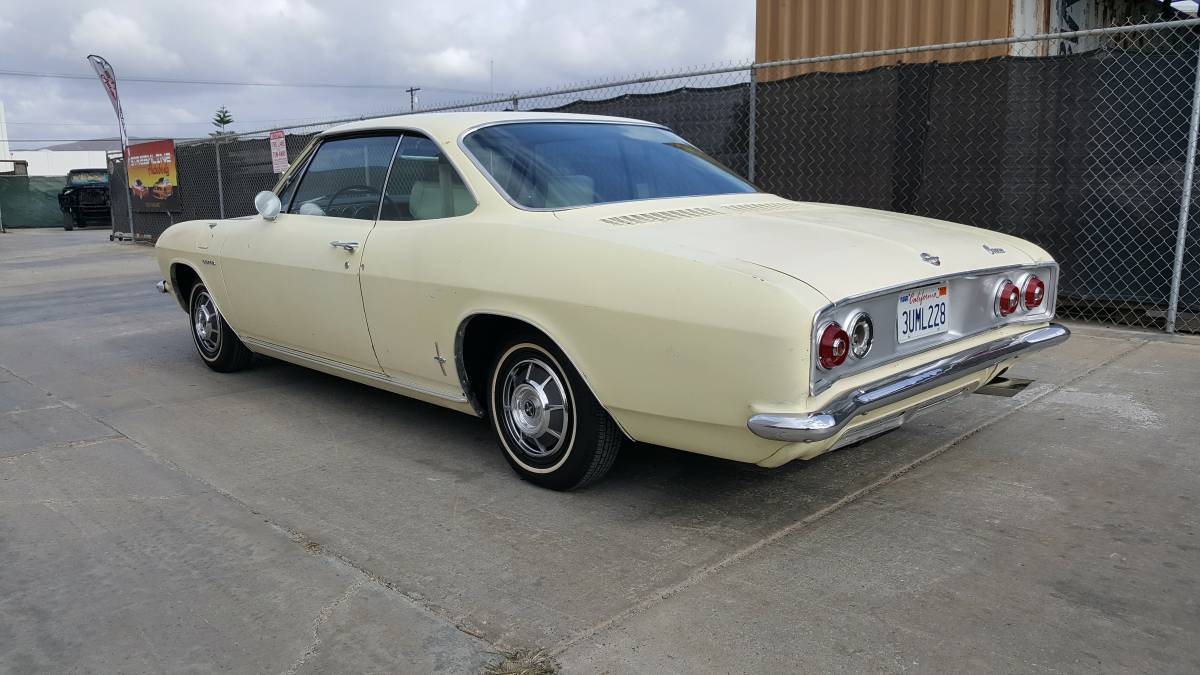 Can’t imagine why a reader with a hole is his garage wouldn’t be interested in picking this up as an example of the early days.  See another good price on a reasonable car? tips@dailyturismo.com