The Great Depression of the 1930s put a halt to booming car sales around the USA, but a rare bright spot was Chrysler’s Plymouth division, which offered a lower end version of the sedan available at Chrysler, DeSoto, or Dodge dealers.  Plymouth shipped 240,000 examples of their DeLuxe Sedan for the 1936 model year, a number that wasn’t matched until after the war was over.  Find this 1936 Plymouth Sedan here on eBay 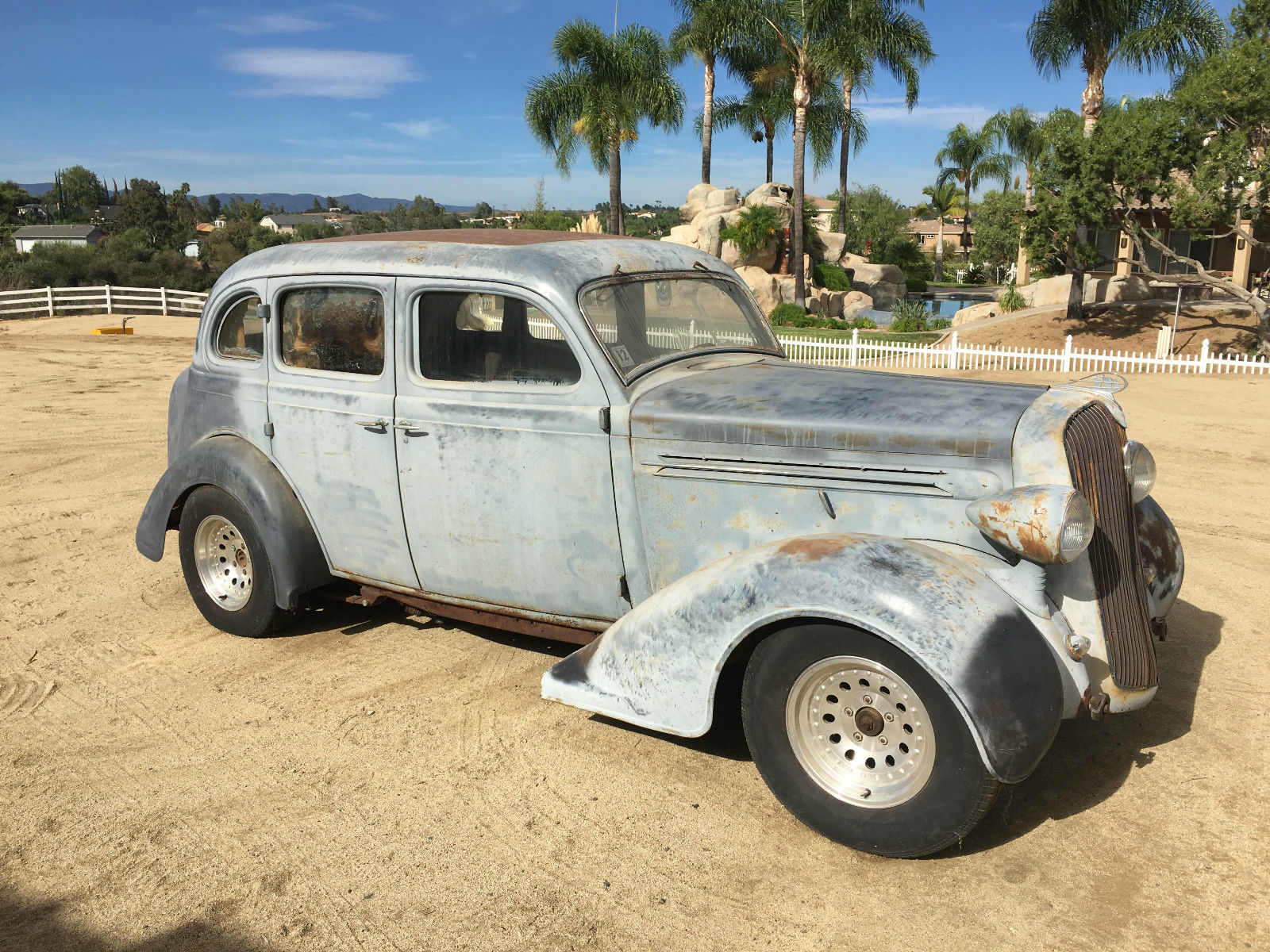 This a 4-door sedan model of ’36 Plymouth, but most importantly it is the touring model, which incorporated a large bump in the rear for your luggage.  This one is going to need some work before you can cruise around in style, but some of the difficult work has already been done, like a Mustang II front suspension. 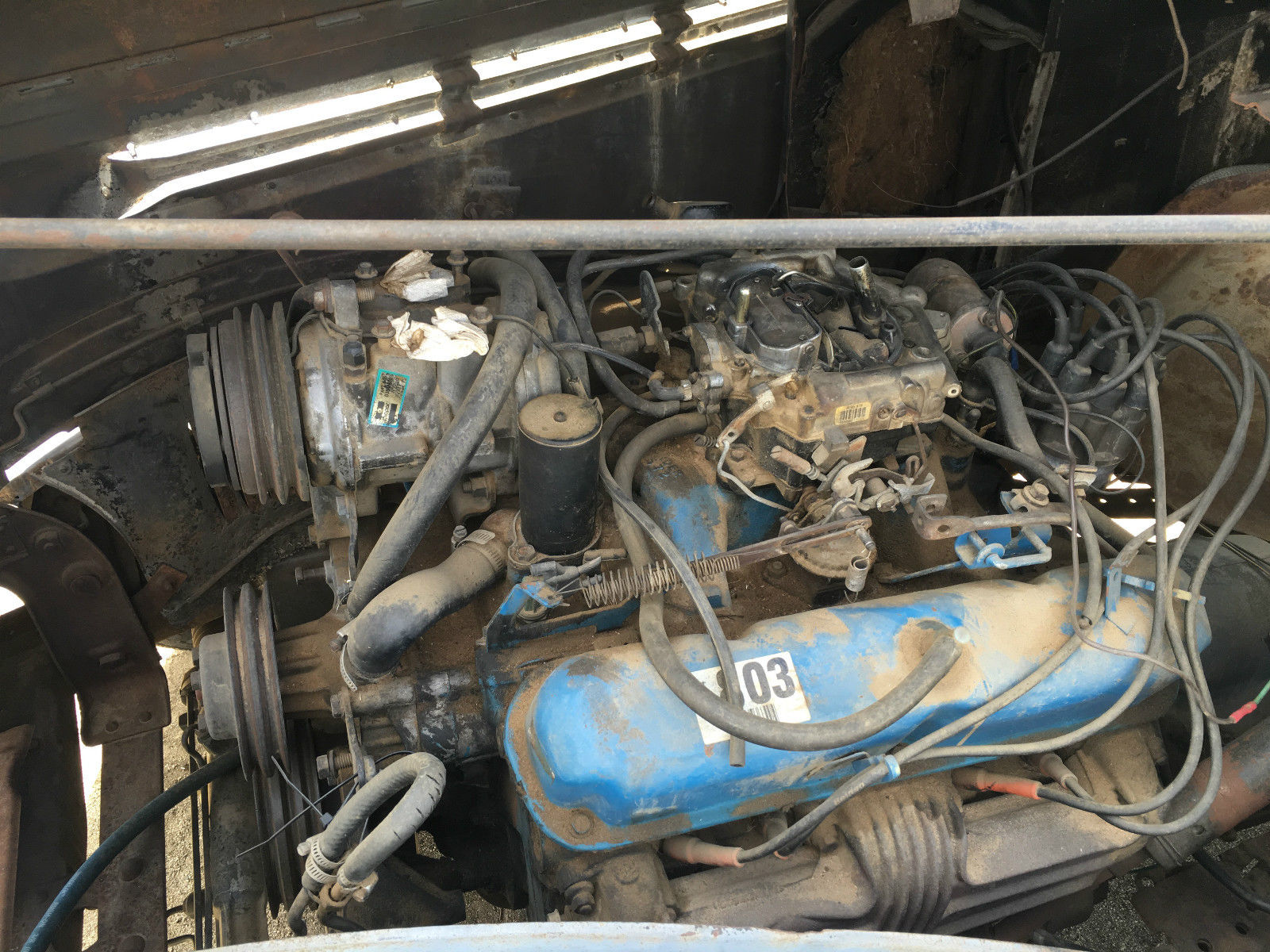 Power comes from a Chrysler 360 cubic inch V8 that is advertised as being a ’78 Police Interceptor engine.  The 360 is part of the Chrysler’s LA-V8 engine family and would have been good for something around 195 horsepower in common spec, but this might be an E58, in which case power would be closer to 240. 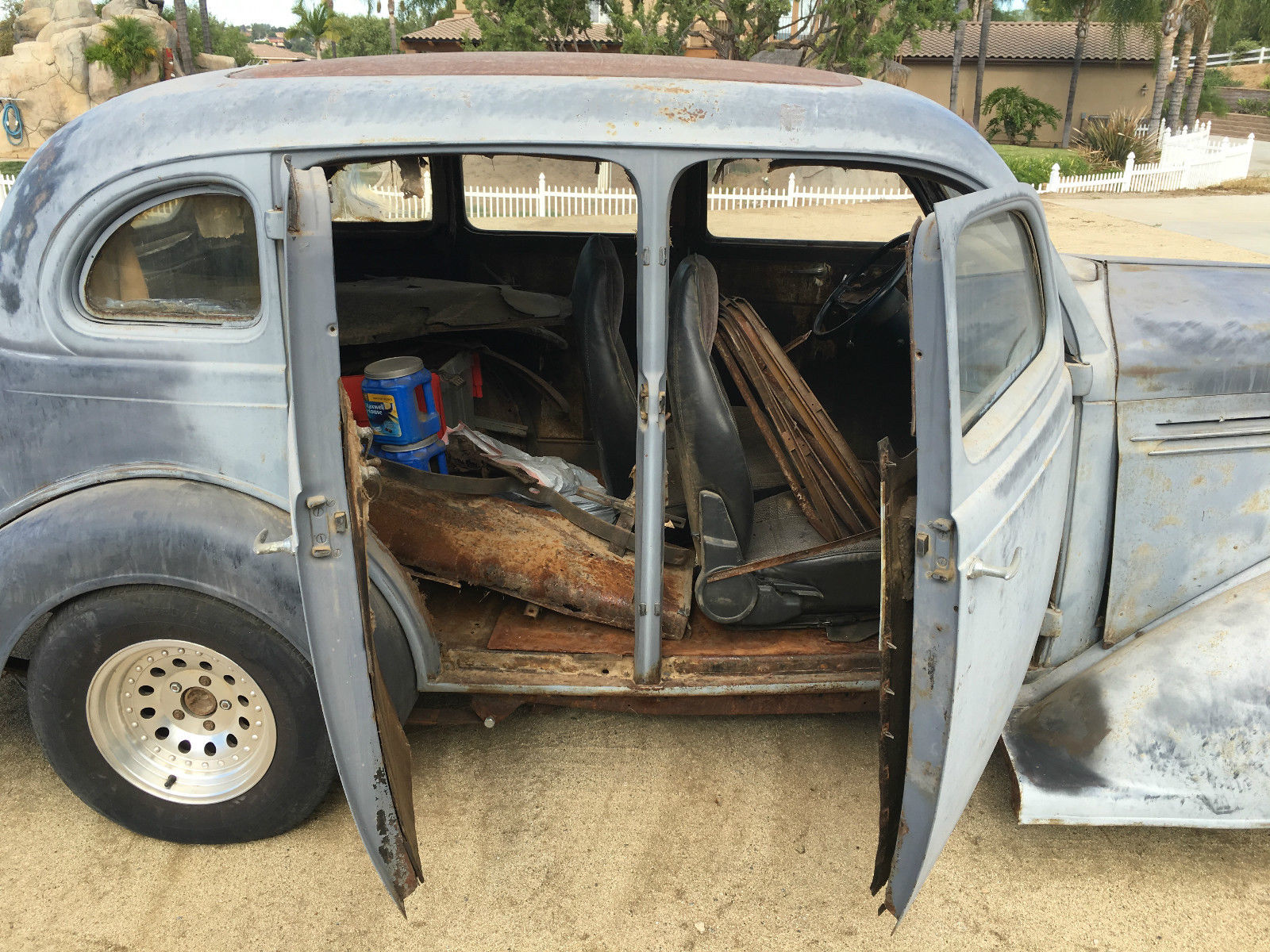 You are going to need buckets of soap and boot polish to get this into shape for driving, flipping, or storing in your garage…but at least it comes with a few cans of Maxwell House coffee to help get you going in the morning. 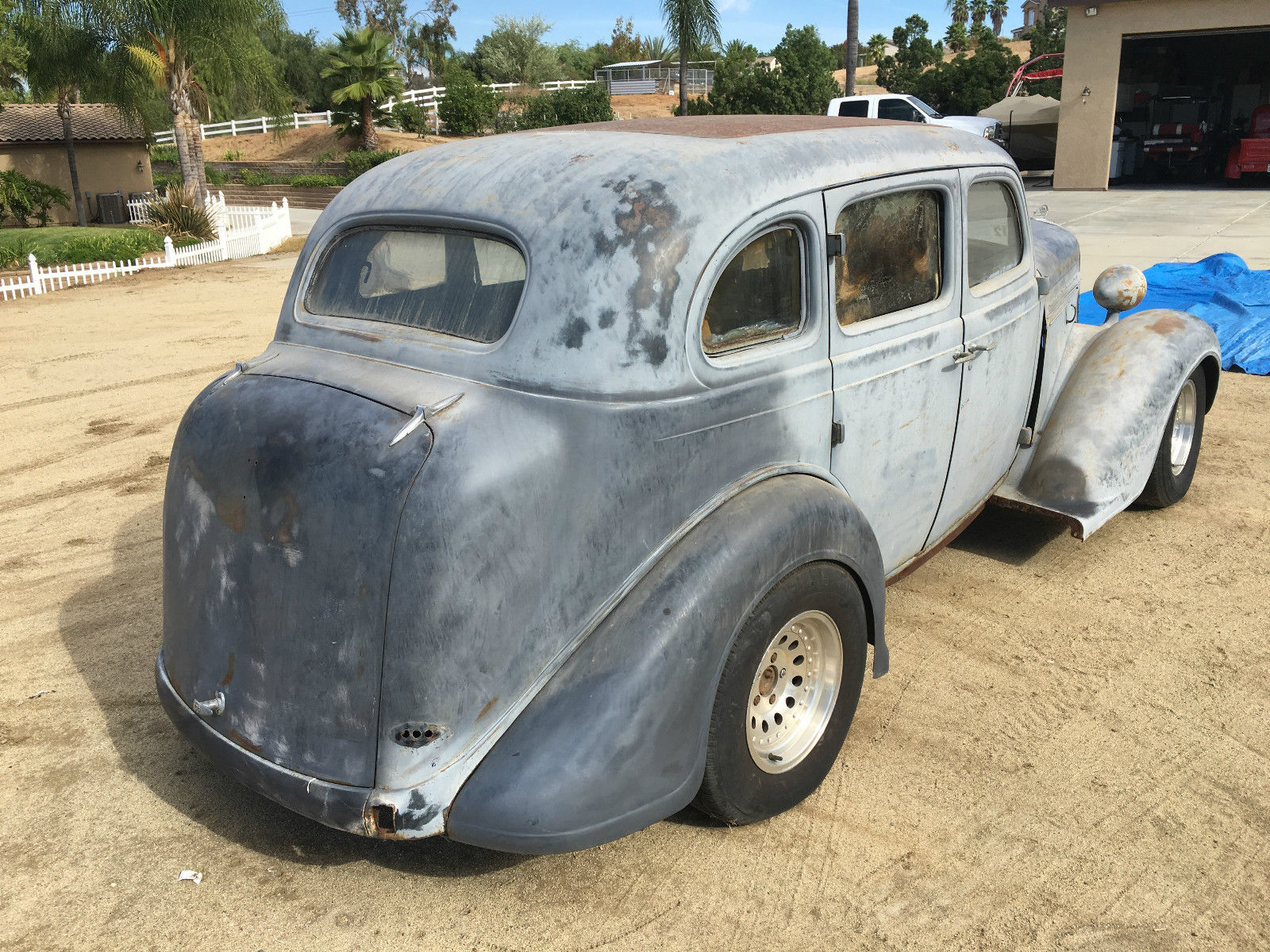