The Importance of Being Earnest About An Unused Peugeot

Oscar Wilde once famously wrote: “What is a cynic? A man who knows the price of everything and the value of nothing.” We at DT don’t claim to know the price of everything, but we do understand the value in nothing…more specifically information missing from a car listing. When the one-owner Peugeot 404 story posted, one of DT’s extended staff just didn’t like what he saw…so a net was dragged over the world wide web to find the real story behind this oddly unused Frenchthing.

An old guy’s car, meticulously maintained, or at
least kept. Why didn’t he drive it? Listing says “Amazing time capsule!  Purchased new by a now 83
year-old gentleman…” but declines to say he died in May, his prized possessions auctioned off in
October, (Peugeot listed via hemmings) and now flipped on eBay two weeks later. Yeah, he’s
83, now and forevermore. He worked for Bethlehem Steel,
and judging from the “unmarried” in the listing, and
sparse obit and condolences, kept to himself. *Poof*
goes the sexy librarian image. *Poof* the
leather-elbow-patched philosophy professor. 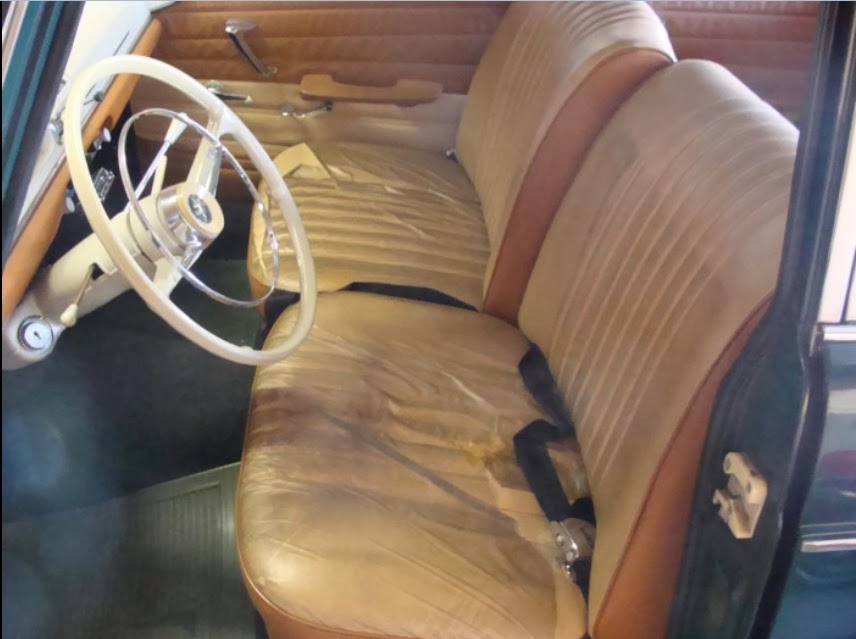 Now you get to see the plastic seat covers and grungy
rubber.  But the real question that comes to mind is why would a 40 year old man park a Peugeot on his garage and let it rot?  Sure, you could expect an 83 year old to let a car sit for a few years, but this was a car purchased by a 36 year old man and then parked in his garage four years and 37,000 miles later.  What happened?  The estate sale includes a 1986 Yamaha FJ 1200, a ride on mower, wood chipper, snow plow, Craftsman tools…this is not the type of man who leaves a car to sit untouched for 43 years… 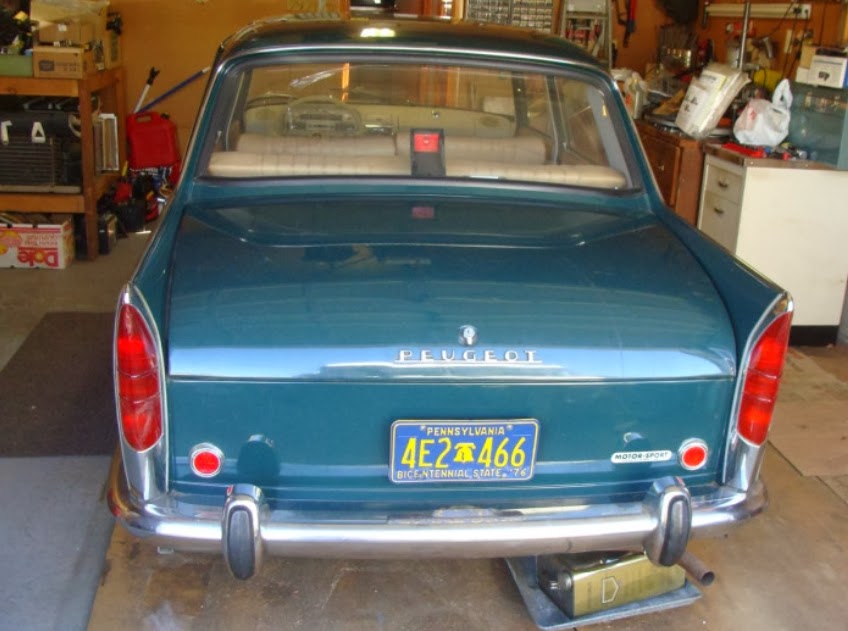 The current seller picked it up for an undisclosed sum of money via the estate auction and the proceeded to fix the cracked
taillight and broken antenna. Plates were swapped and they fixed a ding on the hood… scratch that,
it’s mentioned, but the eBay photos sure do minimize it
compared to the old one.

The worlds of Oscar Wilde ring even more true: “And a sentimentalist, my dear Darlington, is a man who sees an absurd value in everything, and doesn’t know the market place of any single thing.”