Tank Is Half Full: 1971 Ford Ranchero

This next car comes as a tip from Scott T who writes: If a picture is worth a thousand words, this ad is worth about 1,100
words?  Though the words used seem to describe a pretty nice v8
driveline and a fair number of parts including a GT hood so that’s a
bonus.   $4,500 sounds reasonable given the number of parts this car has
if it’s not rusty.  Only one picture, and I’m guessing it’s not
recent.  This seems like the perfect project for an optimist.  Find this 1971 Ford Ranchero offered for $4,500 near Boston, MA via craigslist. 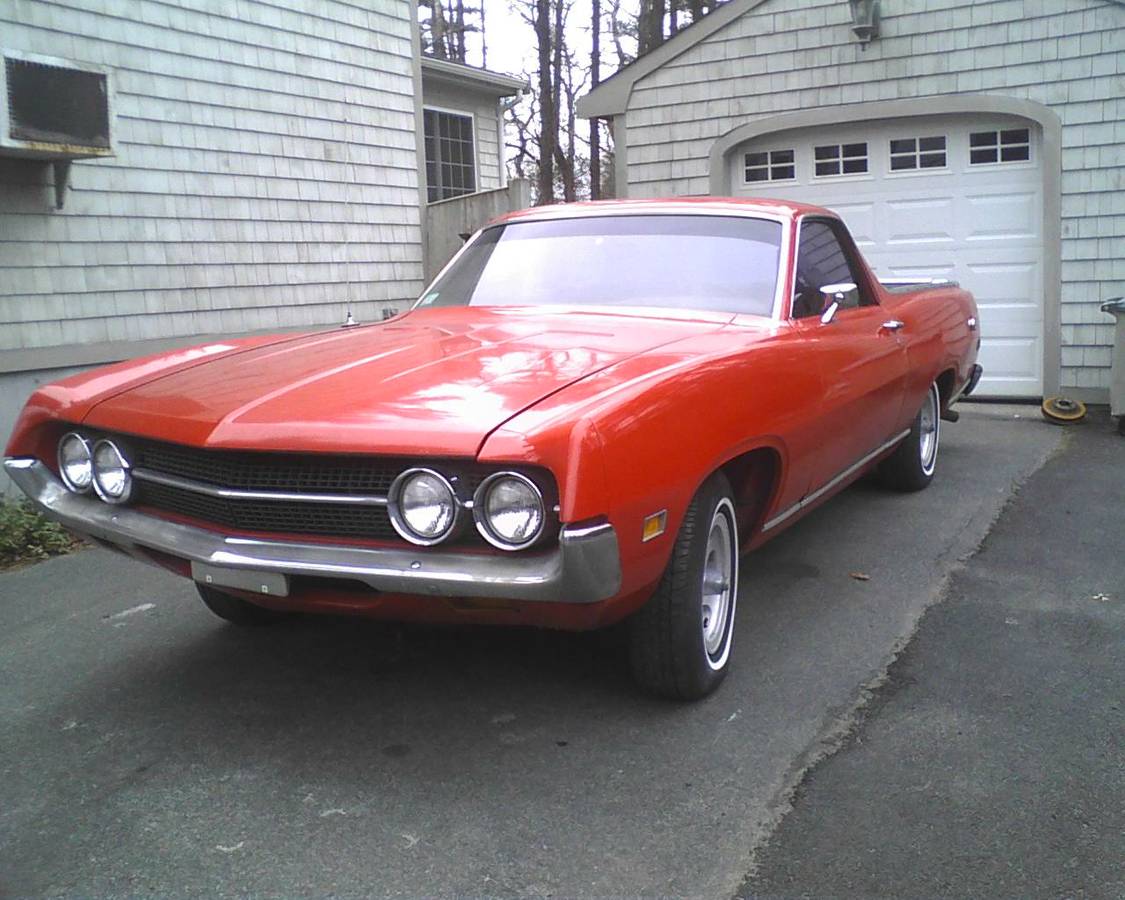 In 1968 Ford introduced a new look to the Ranchero that happened at the same time as the introduction of the high end Torino as a range topper to the Fairlane lineup.  However, the Ranchero was available with various states of trim, this one appears to have been a low spec version, but it is hard to tell without a few more photos.  But, for $5k it seems like a steal.

See another one photo advertisement for the optimist? tips@dailyturismo.com