Compare this car to the previous pile of Dodge parts that we featured — that was a late 70s Diplomat with big bumpers, unfun smog equipment, and the fetid stink of the malaise era — but THIS is a sweet early 70s classic with legit street cred.  Find this 1974 Plymouth Duster offered for $12,000 in Reno, NV via craigslist.  Tip from Rock On! 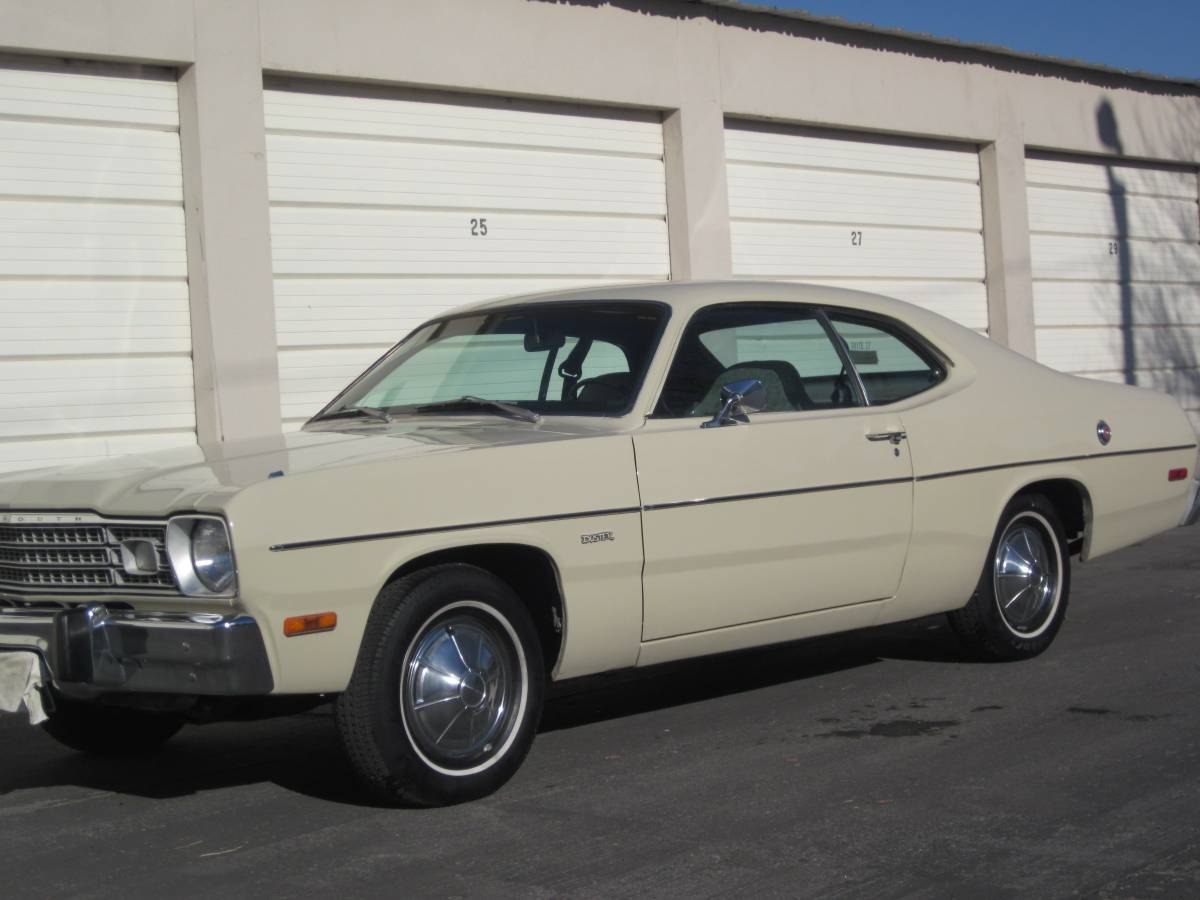 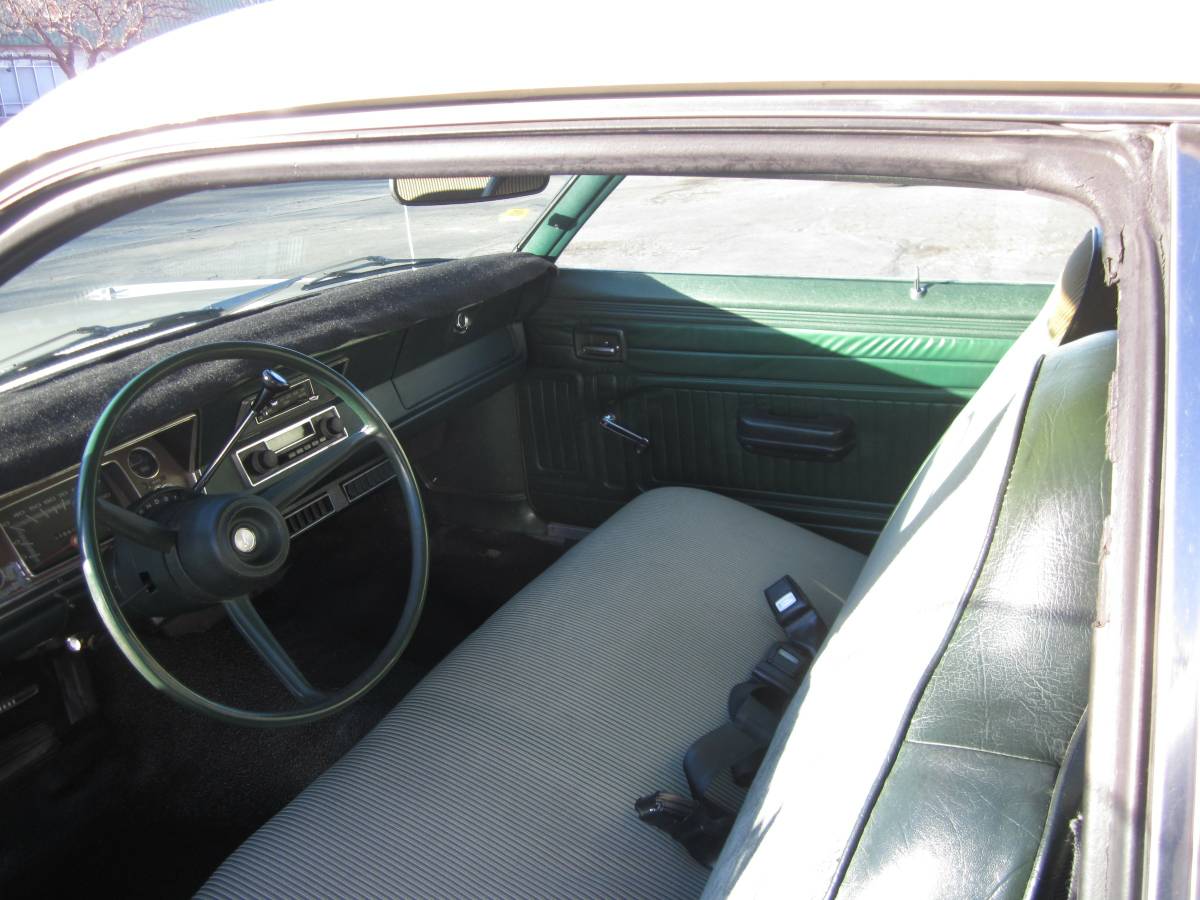 Yes, this uses a similar 318 cubic inch V8 to the Diplomat, but it is rated at 150 horsepower and 265 ft-lbs of torque.  Big brother had already started clamping down on the fun average folks were having with cars, but the big change from 1971 to 1972 was actually based on the change from SAE gross to SAE net measurement systems, and practically zero difference in vehicle performance (under the old rating system this car would have put out 230 hp). 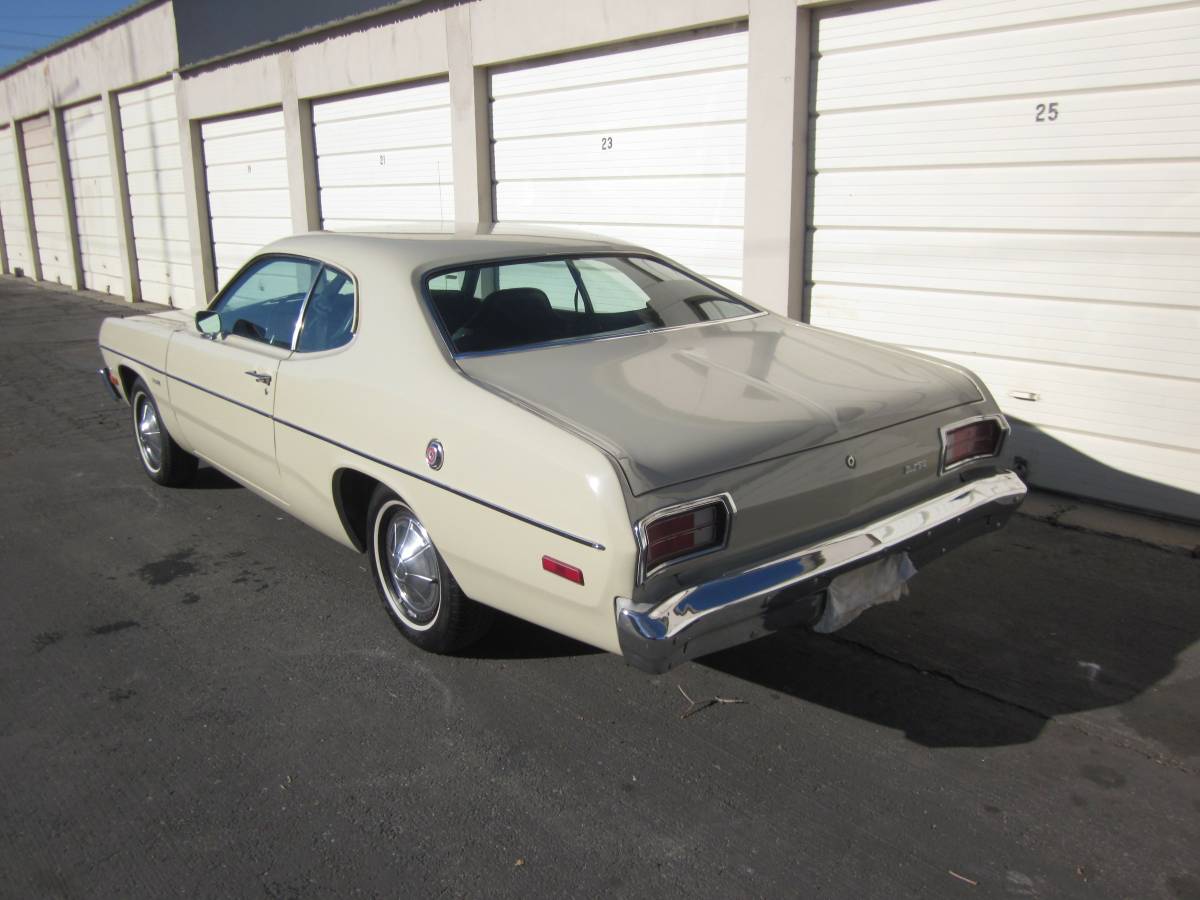