If you were part of the Japanese royal family shopping for a properly prestigious ride in the early 1990s, it didn’t make much sense to buy a Cadillac, a Lincoln, a Rolls Royce or a Mercedes S-Class.  What you needed was something domestic to demonstrate your Japanese pride, but a Supra doesn’t have a back seat fit for a king…but there was one car from the land of the rising sun that was appropriately boss.  Find this 1991 Toyota Century V40 Emperor Limo here on eBay offered for $7250 buy-it-now or make-offer located in Orefield, PA. 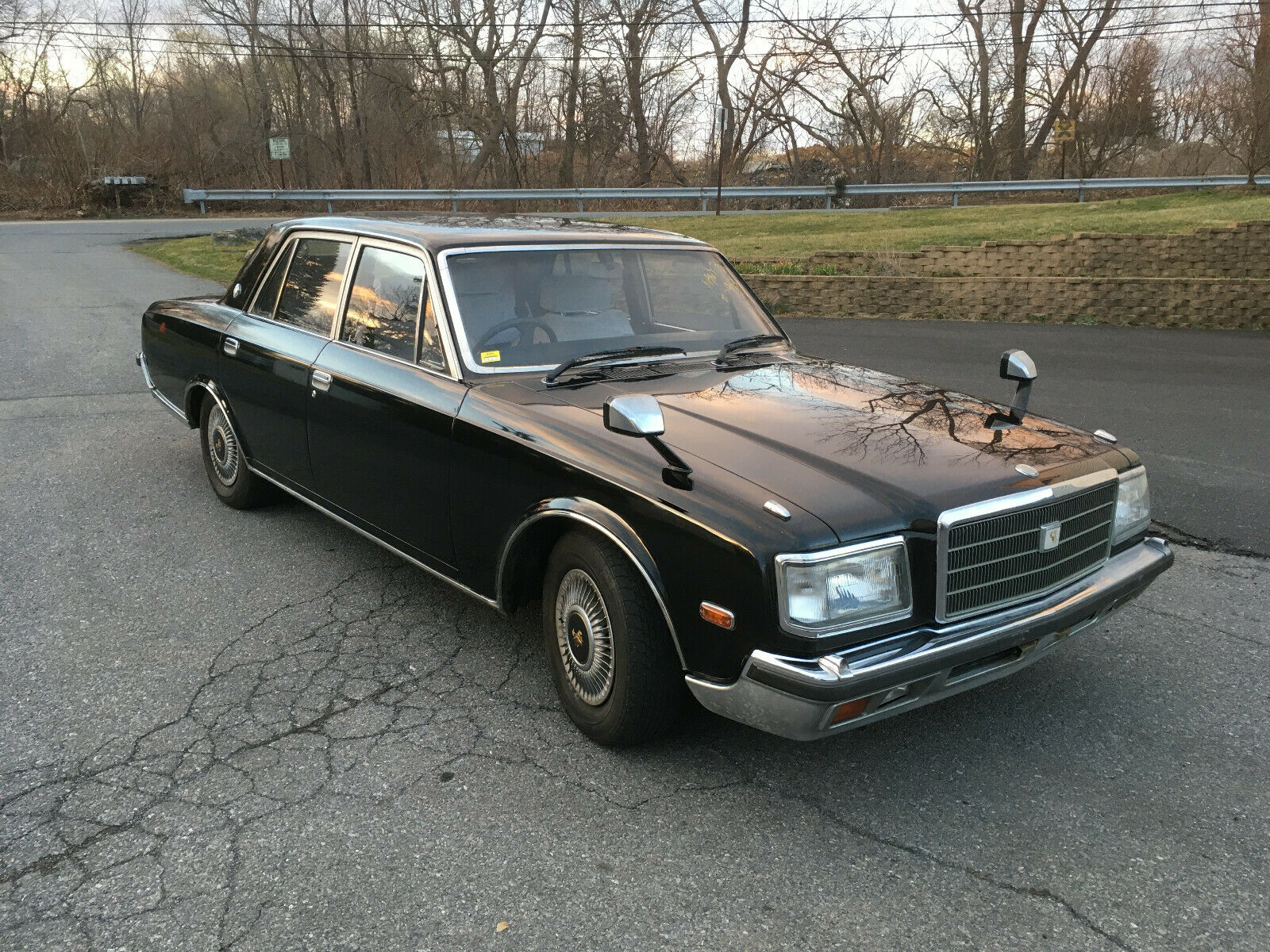 The seller states that the engine has some sticking lifters and a miss from sitting for a while…so you are going to need to rebuild some parts…or swap in a new engine.  I’d suggest skipping the usual 2JZ and pick something like a Maserati-Ferrari F136 V8 that you can find for about $2k-$3k running on here on eBay. 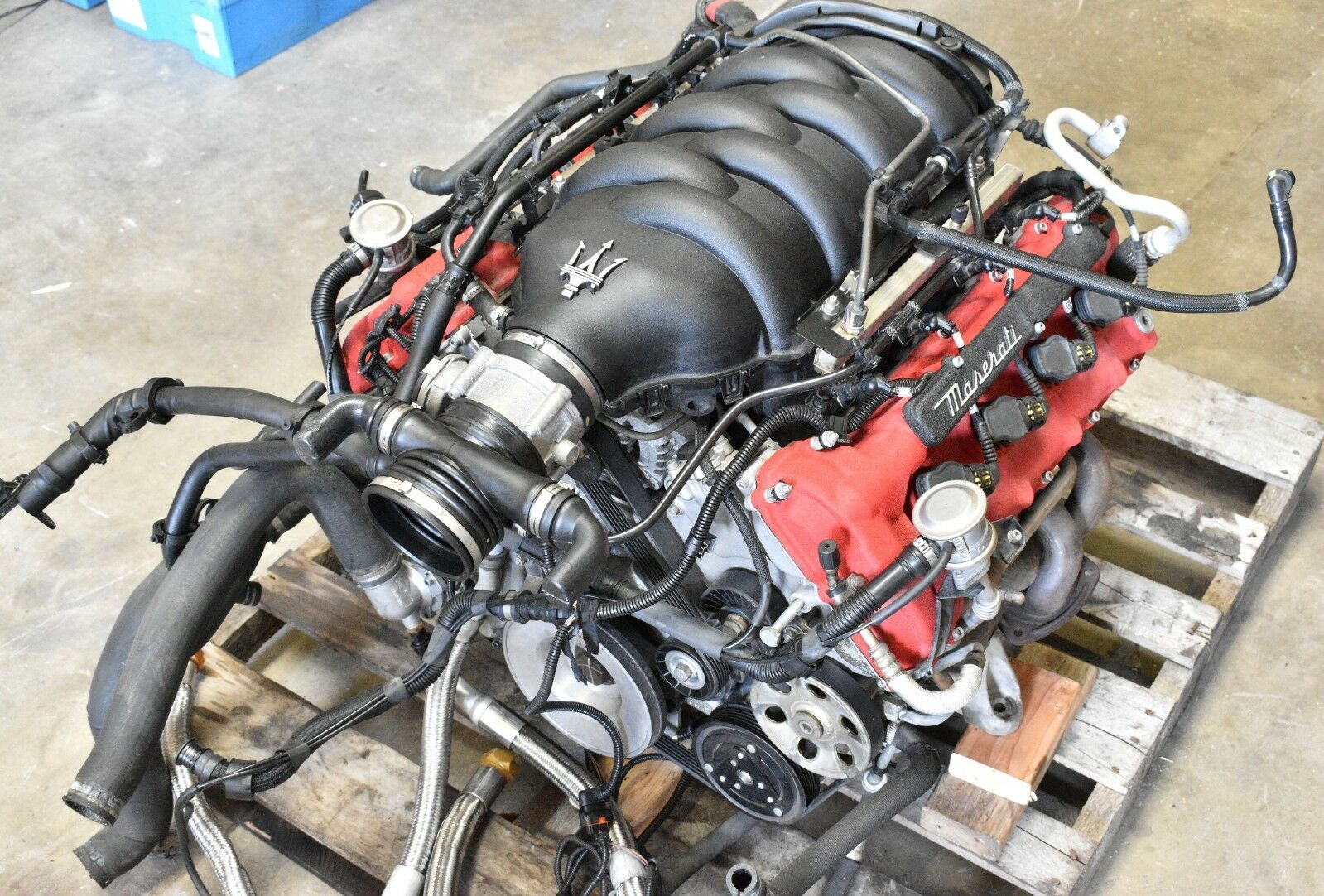 Anyway, back to the Century.  From the seller:

Warranty: Vehicle does NOT have an existing warranty

Just dumping it below my cost at this point –

First, search eBay. Scale models of this vehicle are selling for $1000, for God’s sake. This rare classic is considered by many to be the pinnacle of the Toyota Century line, the V40.

The Toyota Century (Japanese: トヨタ・センチュリー, Toyota Senchurī) is a large four-door limousine produced mainly for the Japanese market, serving as Toyota’s flagship car within Japan. Production of the Century began in 1967, and the model received only minor changes until a redesign in 1997. The Century derived its name from the 100th birthday of Sakichi Toyoda (born 14 February 1867), the founder of Toyota Industries. It is often used by the Imperial House of Japan, the Prime Minister of Japan, senior Japanese government leaders, and high-level executive businessmen. The first-generation Century was available with only a V8 engine, the third Japanese-built sedan post-war, at its introduction in 1967 until a full platform redesign in 1997. While the Century is a premium, full-size luxury sedan, it is not available at Japanese Lexus dealerships; it can only be purchased at specifically identified Toyota Store locations. The bird logo used throughout is called the Hō’ō (鳳凰) or Fushichō from Asian mythology, representing the Imperial House of Japan, and the image can be found throughout Asia, such as the Kinkaku-ji in Kyoto.[1] 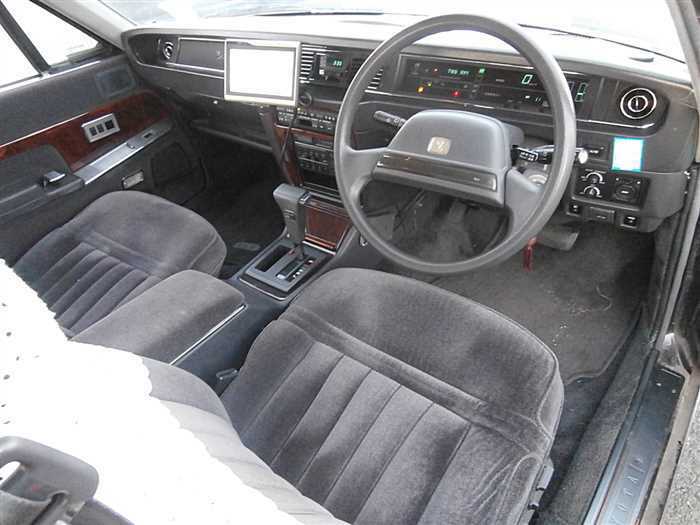 Like other cars in the top of the luxury class, the Century is designed with the rear passengers in mind. Hence, the rear seats recline and the front passenger seat has a fold-down center section so that a passenger in the back may stretch his feet forward. The rear seats are equipped with a massage system. The exterior door handles open the doors electrically since the sound of the door being opened mechanically is perceived as being “too obtrusive”. The doors do not need to be closed directly, instead the door only needs to contact the latch, causing the door to pull itself completely closed electrically.

8 electric windows, both the door glass and the wing windows.  Front & Rear AC/Heat.  All manuals, service records since new.

The design, for Japanese elite, is one of “refined elegance”


Car has compressed hydraulic lifter(s) from sitting and has a miss.  I have source for parts, as I do not want to take the time or energy to fix myself.

Shipping anywhere on the planet available, or pick up here in Orefield, PA 18069. 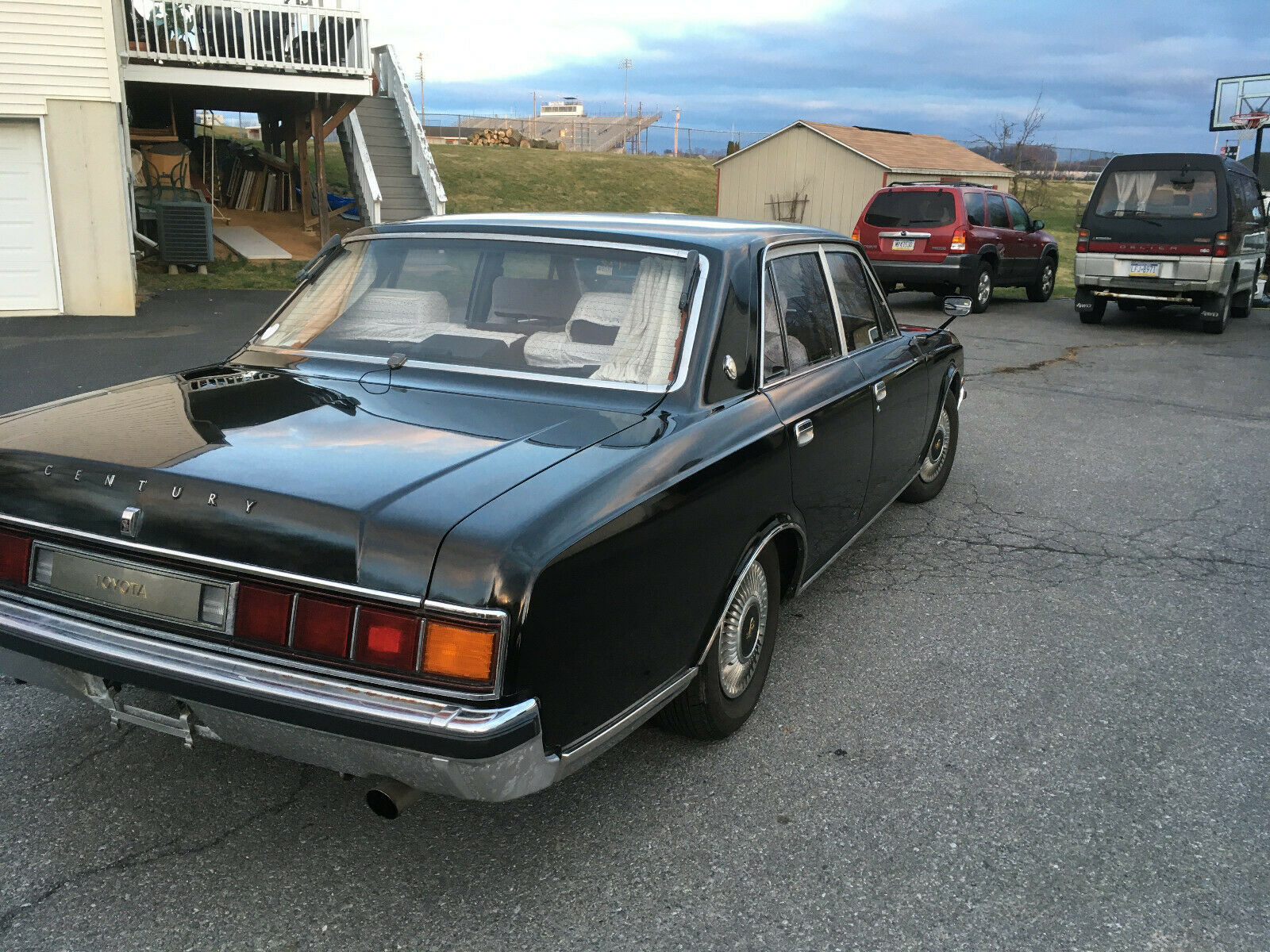 See a better way to drive with style?