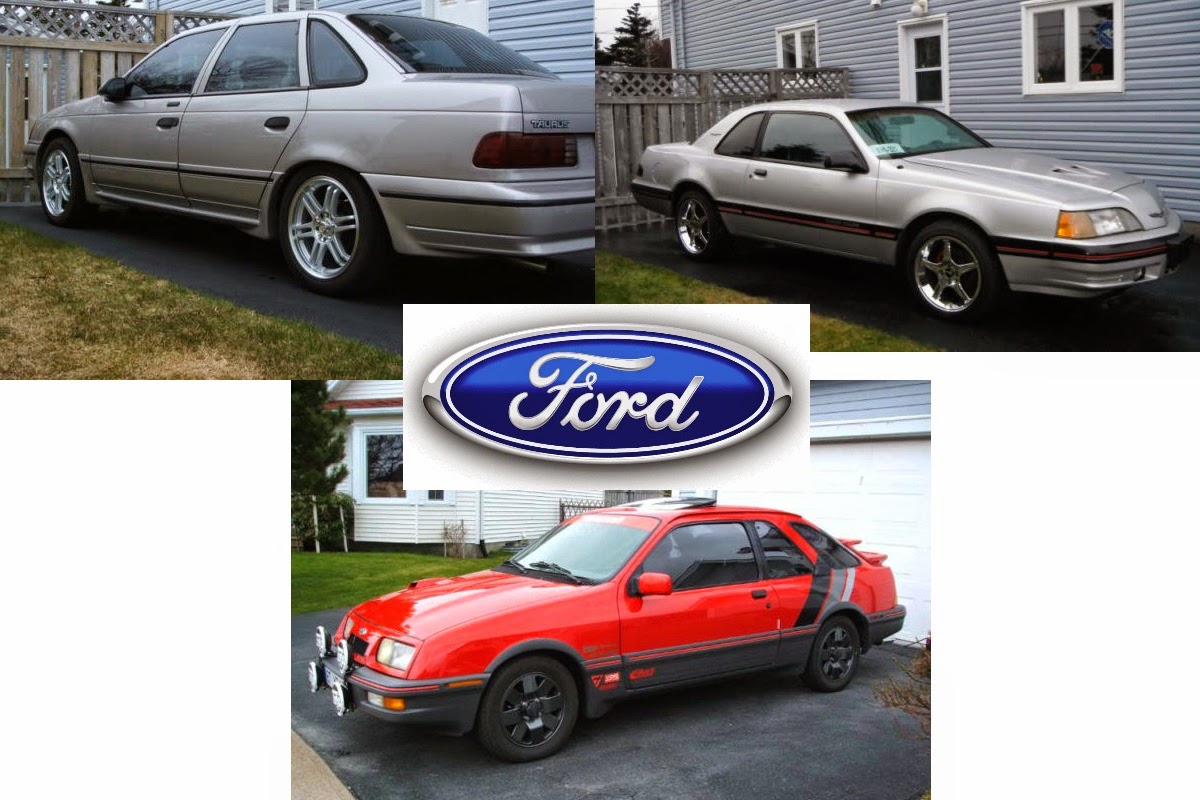 First up is this 1987 Merkur XR4Ti, complete with rally lights and a wicked custom paint job.  Of course it has a 5-speed manual gearbox mated to its 2.3 liter turbocharged inline-4 rated at 175 horsepower, but this thing has been meticulously restored with $12,000 Canadian dollars invested.  The seller advertises it as having show quality paint, like new interior and in exceptional condition.  Even without the good exchange rate, this seems like a great buy. 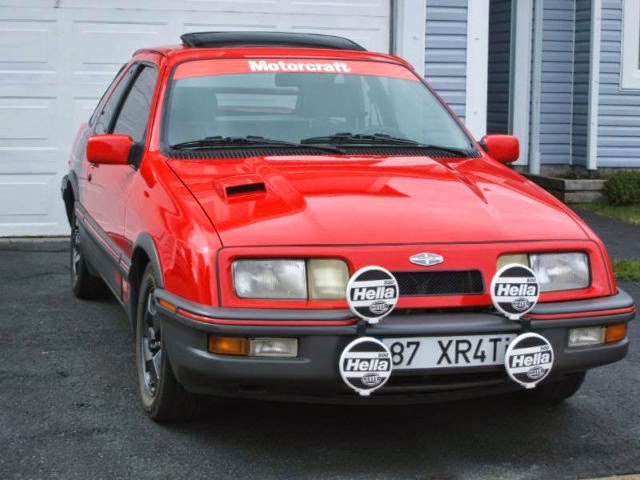 Next is the 1988 Ford Thunderbird Turbo Coupe, which was a magazine centerfold for Mustang360 magazine — and it also looks really nice.  The Thunderbird is powered by the same 2.3 liter Pinto-based inline-4, but it pushes out 190 horsepower and 240 ft-lbs of torque in the heavier T-bird chassis.  This is another car offered with a perfect interior, nice original silver paint, but it also features a number of modifications to make more power under the hood. 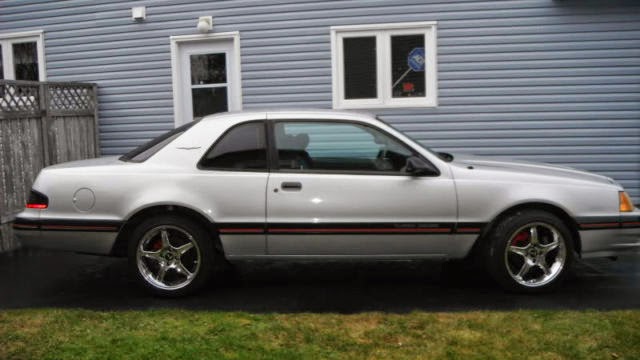 Finally, we’ve got this 1990 Ford Taurus SHO, a great example of a car that is fun despite its specs, not because of them.  A new EcoBoost SHO is a fun car to drive, but it feels like exciting than you’d expect from a 300 horsepower twin-turbo sedan, probably because it is only available with a slushbox and has more road hugging weight than a Mac truck.  The first generation SHO is a fun car to drive and you forget that it only puts 220 horsepower into the front wheels.  This one is another excellent condition car with limited issues, but it does have a few more miles on the clock. Which one would you pick from this trio?  I think I’d take the XR4Ti for a weekend car and the SHO for a daily.  See another seller trying to drop his insurance rates? Send it here: tips@dailyturismo.com