The rumors were out on the internet, but everyone assumed it was a fake.  No, I’m not talking about Ben Affleck’s awesome full back tattoo…no sir, I’m talking about the prototype Ford F-series pickup from the 1990s called the Predator.  Find this 1993 Ford F-250 Predator Pickup offered for $20,000 in Commerce, MI via craigslist.

1993 Ford Predator Prototype concept Pickup Truck. This truck was built for the 1993 Detroit Auto show but was never put into production. The body is fiberglass and as such is in perfect condition. Zero miles. Comes with or without original Cleveland engine. Price negotiable.

Will sell or trade. 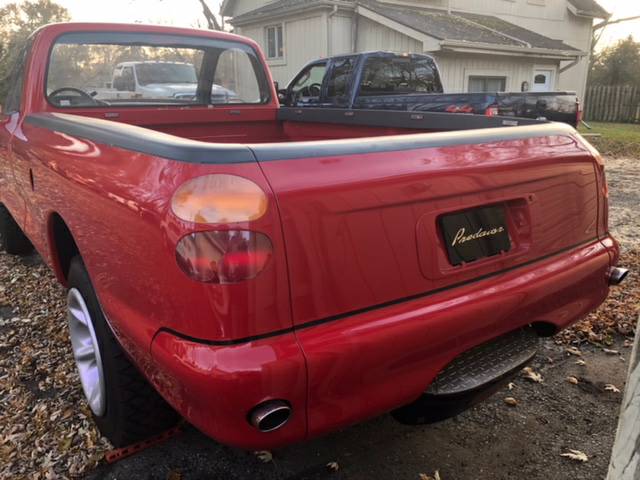 See a better way to be a predator? tips@dailyturismo.com