Back in 1984, Cadillac was not trying to ape German car makers to make the fastest sedan to run the Nurburgring.  They primarily focused on making large cars that got middling better gas mileage than the parade floats of the 1970’s.  No one would mistake a Coupe DeVille for an Audi or BMW back in these days.  Today’s feature has a late model LT1 engine swap though the seller here is optimistically thinking this 5.7 came from a Vette as the engine cover looks like it was from a late model Fleetwood/Roadmonster/Caprice.  Either way, the current engine provides significantly more motivation than the stock unit.  Find this 1984 Cadillac Coupe DeVille for sale in Columbus, OH for $5,500 via craigslist. 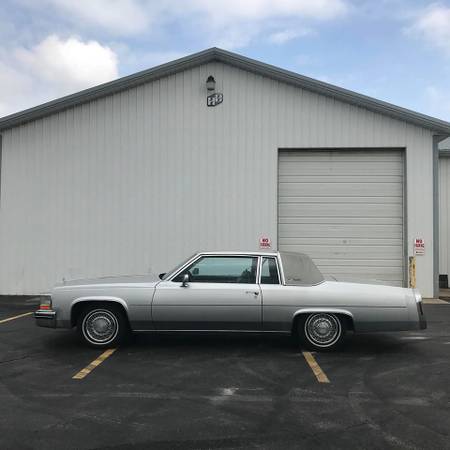 1984 caddy with lt1engine swap.5.7 liter lt1 350 cid with 4l60 trans. I was told engine and trans is from a 1995 corvette with 41000 miles on it, I could belive it for how well it runs. The car runs and drives great and has good get up and go. New water pump, distributor cap, rotor, spark plugs, ign wires, flush entire  cooling system, oil change, front end alignment, has optispark ign, full vibrant performance air intake. Complete exhaust system.Things that need attention are the soft top is showing signs of wear. the speedometer doesn’t currently work and tires have some dry rot. All lights turn signals etc all work. Interior is very nice also but needs to be cleaned. ac and heat work great, awesome running and driving car. price is OBO and trades are welcome. 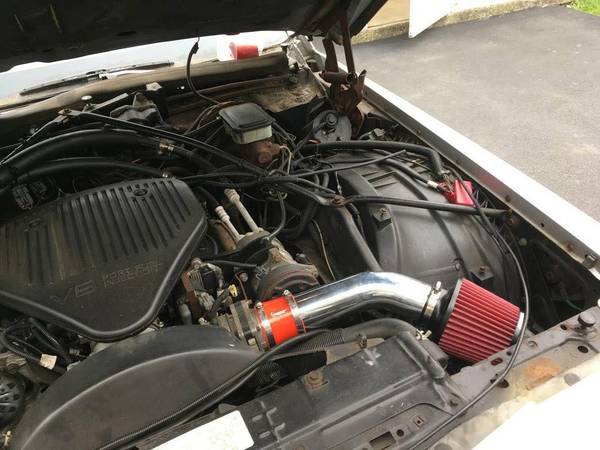 If you were looking for a car to drive from LA to Las Vegas this may be just the ticket.  The tufted black leather seats look perfect for long distance interstate cruising.  The only small quibbles on the car would come from the Honda Civic style cold air intake and half landau top which the owner says is in lousy shape anyhow- pull off the toupe’. A Few Too Many Mods: 1983 Chevy Monte Carlo Convertible Something Different: 1989 Peugeot Mi16