By Matt — We all want to make some cash under the table, right? The seller offers a few of his own side-job suggestions; flower truck, farm stand, food truck. But come on, there are far better uses for this thing. What about a multipurpose rig whose time was split between mobile karaoke, 24 Hours of Lemons paddock support, and a mobile half-fireworks-stand-half-bar? All aboard this 1956 Ford Curbside Tram, for sale on craigslist in West Los Angeles, CA for $6,900. 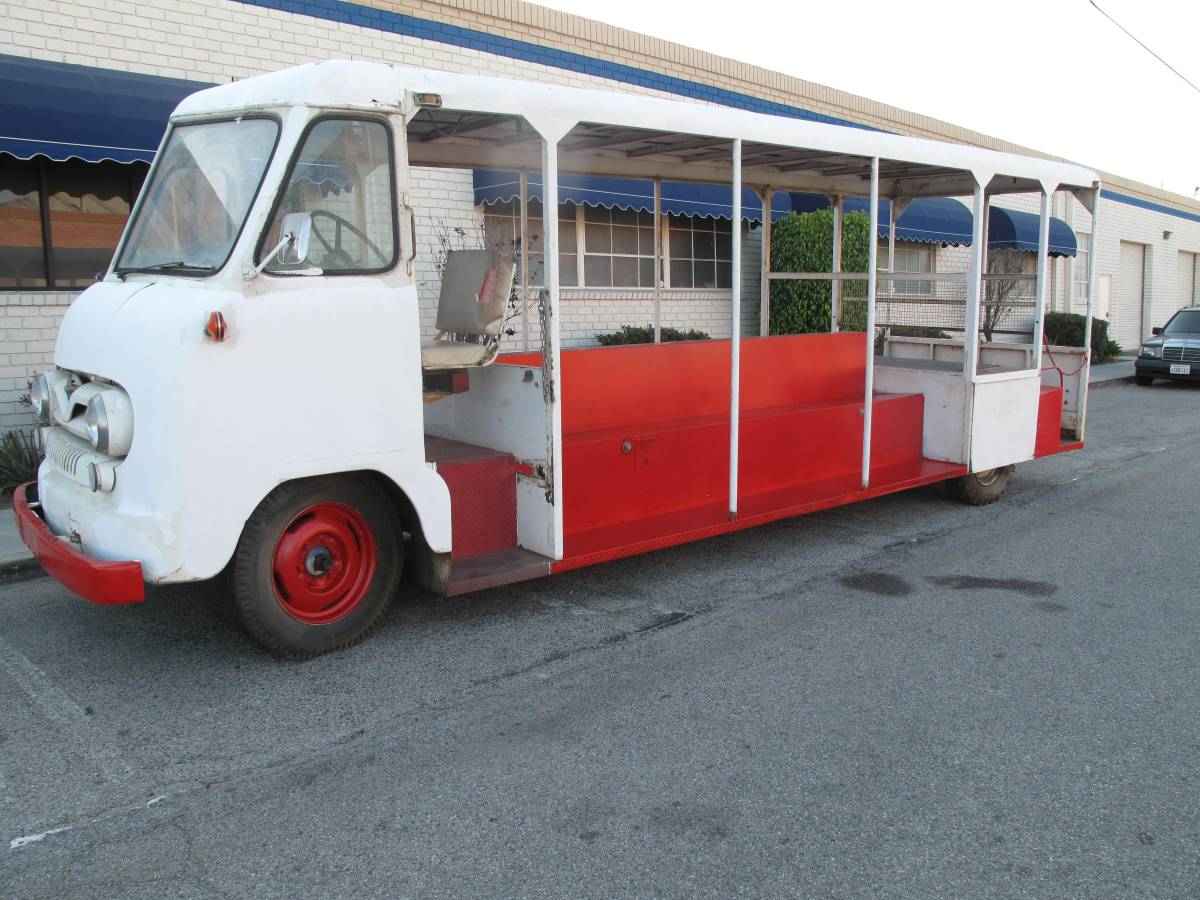 Imagine the stories a 60-year-old curbside tram could tell; driving motion-sick families back to their cars at Disneyland in the 50’s, concert transport for hallucinating transient 20-somethings in the 60’s, serving as a mobile fruit stand/drug drop in the 80’s. With a rich history like that, which I’ve completely fabricated, you mustn’t transform it into a rolling cliché of neo-rustic-ruralism that sells eucalyptus branches and bruised tomatoes for $6 each. We can’t let that happen. 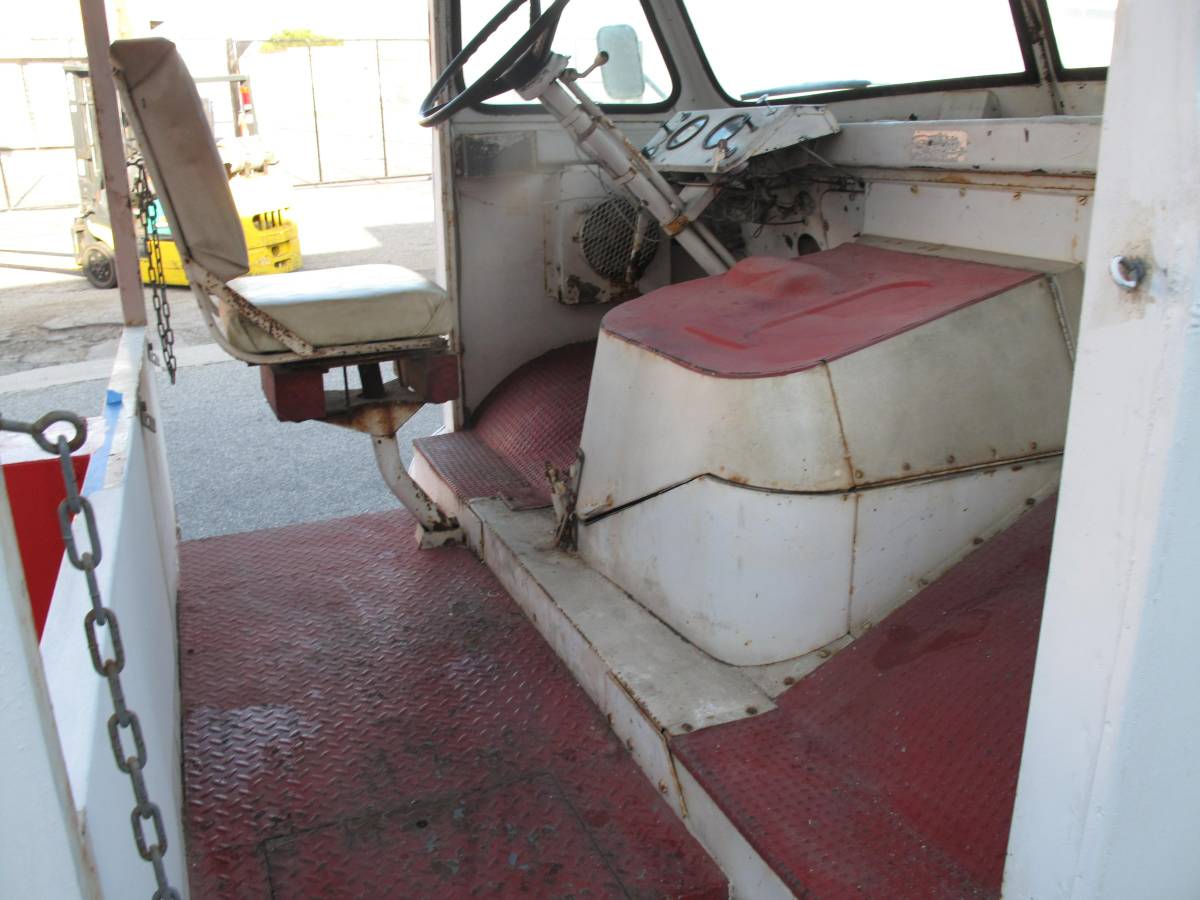 This Ford F-Series-based people carrier has a beautiful angry face borrowed from the smaller Fords of the time. Moving park benches don’t need to go fast; power likely comes from a Y-Block V8 of some sort or if you’re less lucky, that 5 main bearing six they were throwing in big stuff at the time. You’d be looking at about 160hp gross in the best case scenario, probably run through some pretty deep rear gears. I’d put money on this thing being a delivery van with F-350 underpinnings that went under the knife pretty early in life. 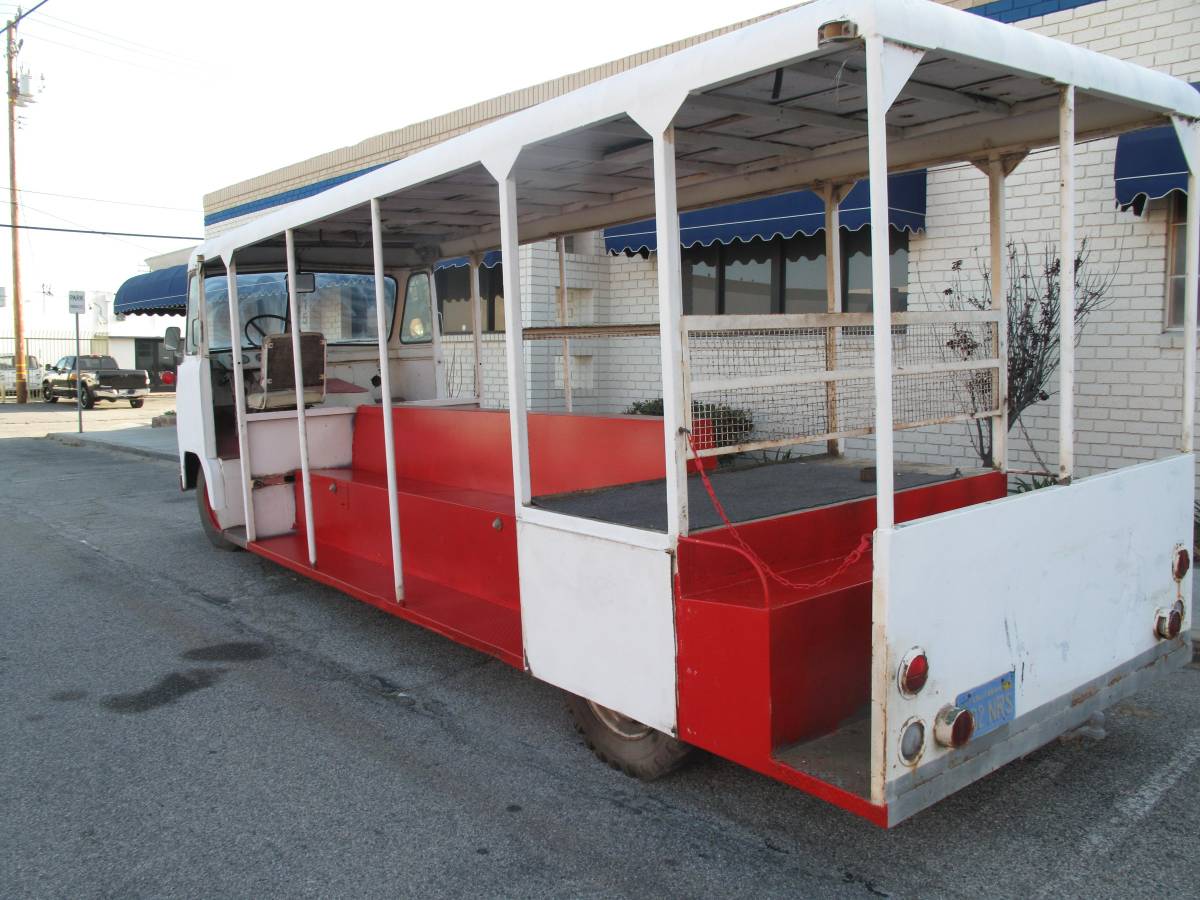