What are the chances?  Two ’87 Pontiac Fiero V8s offered from the same Minneapolis area Craigslist?  Not good, I’d say.  CONSPIRACY!!!!!  A conspiracy for awesome because nothing beats the pants off the Monday morning blues like a couple of V8 swapped Fieros.  Olé! Tips from Rock On!

The Pontiac Fiero was introduced by General Motors for the 1984 model
year as the American answer to foreign born compact sporty-cars like the Fiat X1/9 and Toyota MR2.  The Fiero was never intended to
compete with the Corvette and ultimately that is what held it back because it need more power than the Iron Duke or V6 upgrade. Let’s take a look at 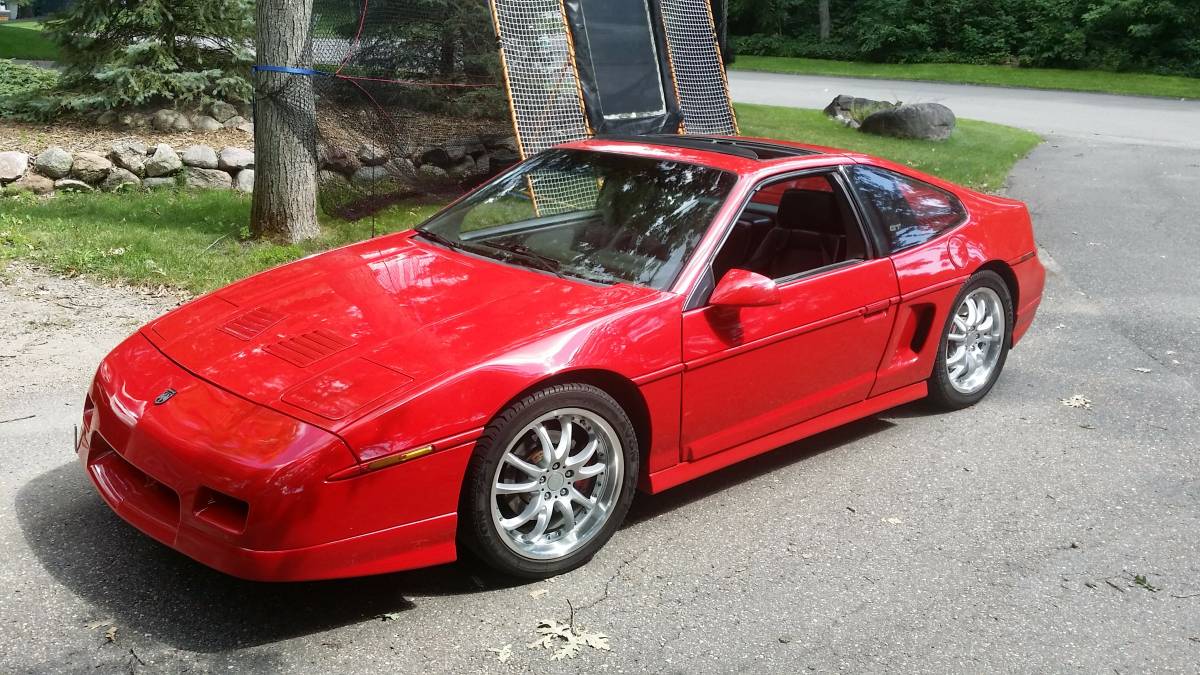 First up is this 1987 Pontiac Fiero GT offered for $6,800 in Plymouth, MN via craigslist.  The red paint appears glossy, but the car isn’t perfect and sports mediocre panel fit and…eh…it probably came like that from the factory. 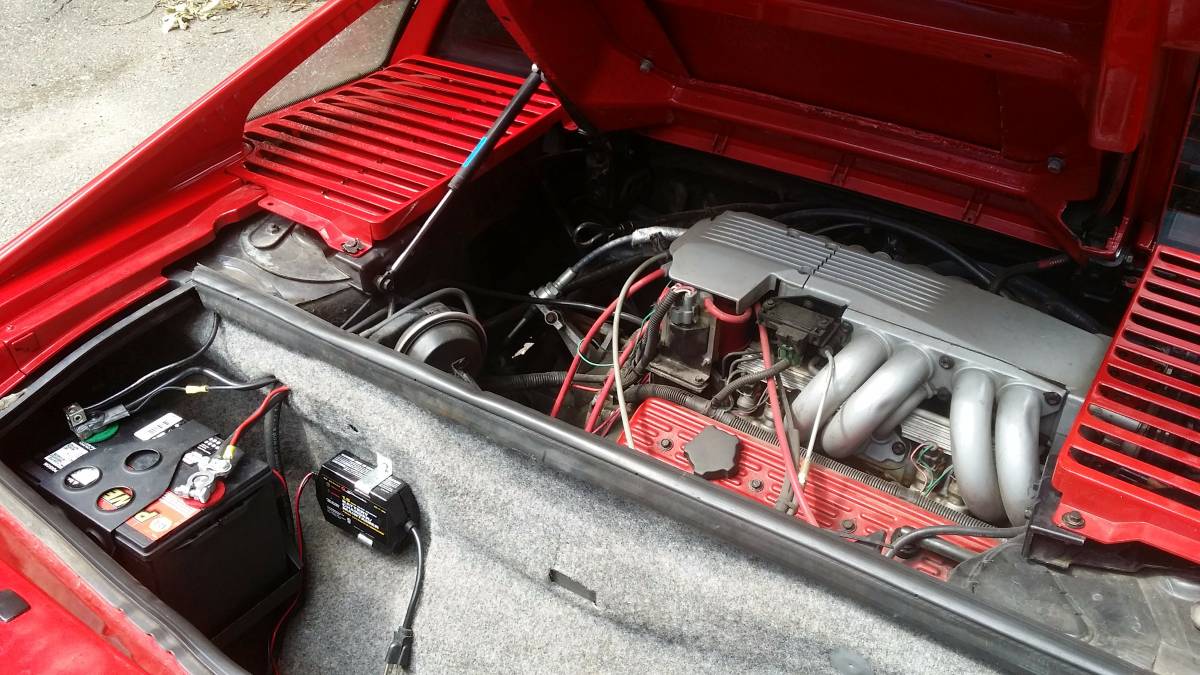 Under the engine cover is a  “strong” TPI 350 cubic inch Chevy V8 that is mated to a Getrag 5-speed manual gearbox.  With Recaro buckets and a fuzzy aftermarket steering wheel, this thing looks ready for the track. 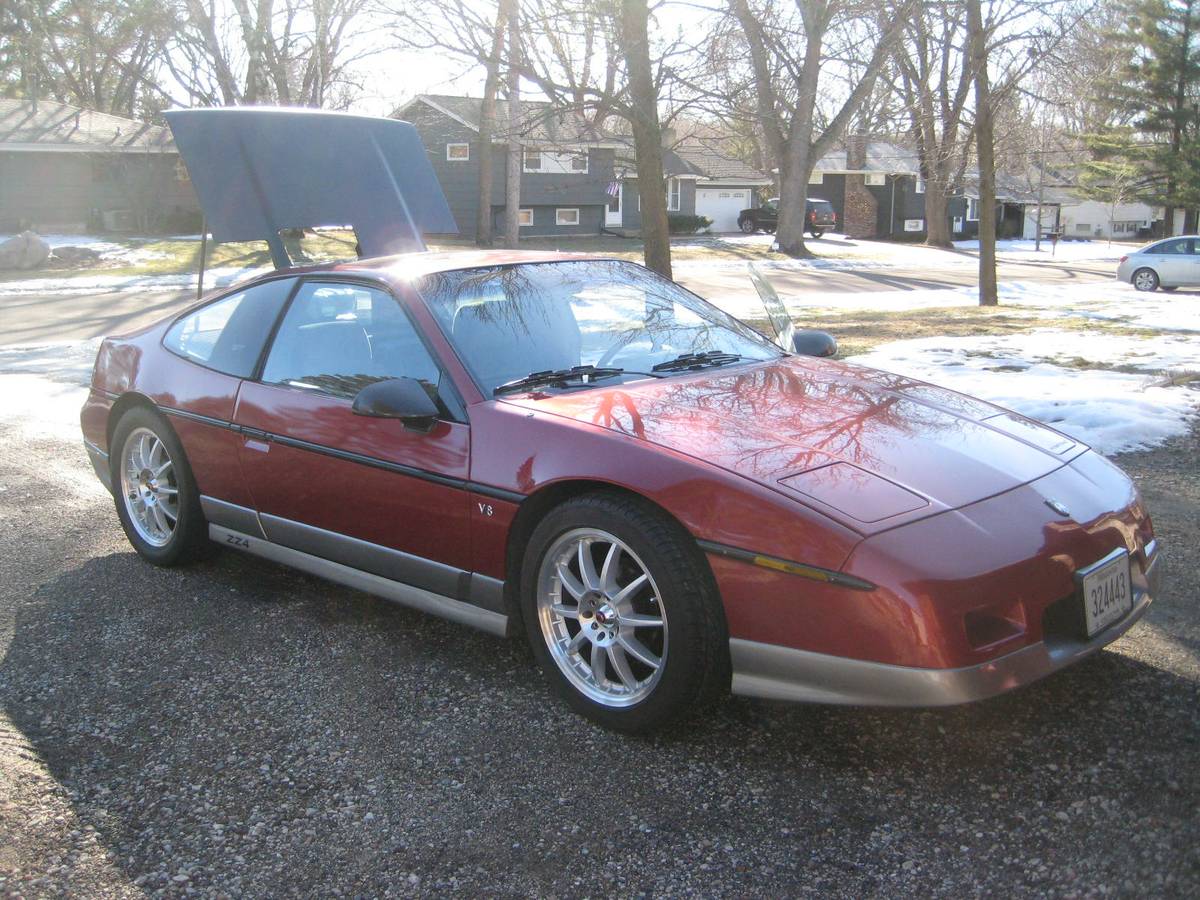 The next contender is this 1987 Pontiac Fiero GT offered for $9,800 somewhere near Minneapolis, MN via craigslist.  The car is a rust-free California car that was given at least one respray before it was turned into a V8 monster in 1999. 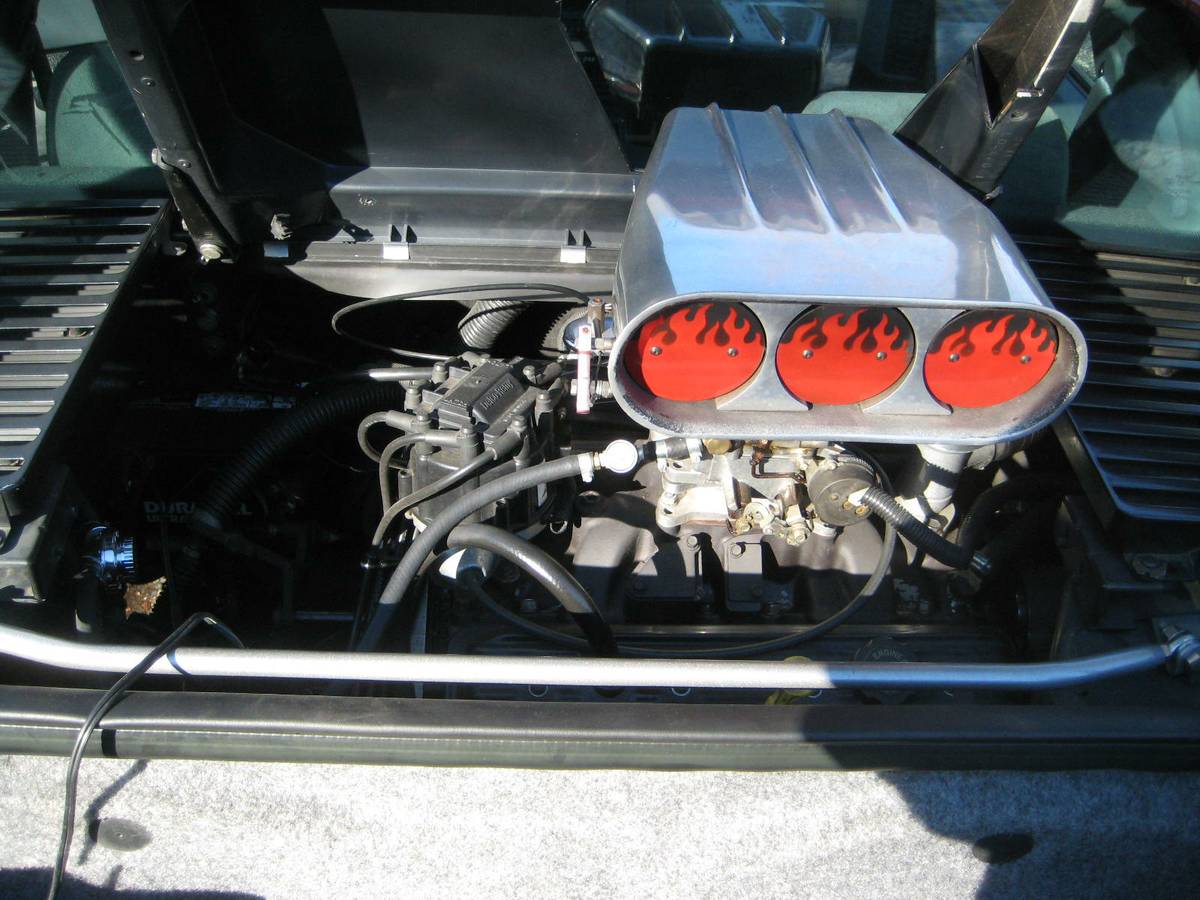 Power comes from a Chevy 350 cubic inch ZZ4 crate engine that is rated at 355 horsepower and is mated to a 5-speed manual gearbox via a V8 Archie engine adaptor.  Now…about that air cleaner snorkus….

Which Fi8ro would you drive? Comments below.