The SAAB 96 traces its lineage back to the beginnings of the Trollhättan based automaker,
and was the final evolution of their original aerodynamic beetle-esque
form that began with the Ur-SAAB.  The 96 left the factory powered by a small V4 or two-stroke engine and could best be described as leisurely…with the notable exception of factory rally prepared examples.  Find this 1970 SAAB 96 Factory Rally Car 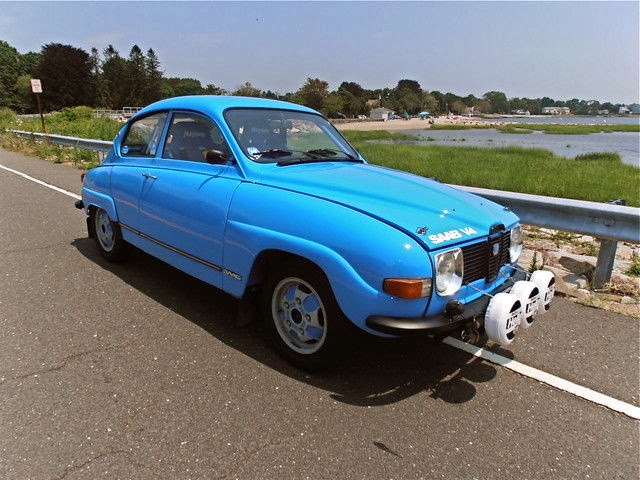 The letters in SAAB should be capitalized because it’s
actually an acronym, standing for Svenska Aeroplan Aktiebolaget which
translates to Swedish Aeroplane Ltd. The early cars had an
aeronautical shape to them with blunt front, clean fuselages and
teardrop shaped tails.  The 96 is one of the last SAABs to maintain the teardrop shape and  it looks incredible covered in an electric shade of power blue. A trio of period correct Hella fogs dominate the front end, but should be great for blinding oncoming traffic or picking up that apex rock your co-driver noted on the route map. Either way, please don’t crash into something and ruin this beauty! 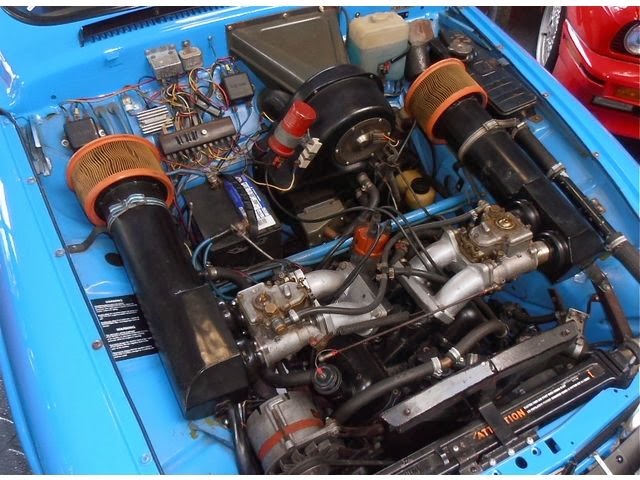 The V4 engine design is uncommon but it is shorter than a
straight 4 and inherently imbalanced, but it’s compact and SAAB had
little choice when looking for a 4-stroke mill that would fit in their
FWD chassis. In street trim the 1.5L V4 puts out 55hp and 79 lb-ft in but the seller says this one is heavily modified and good for 150 horsepower. 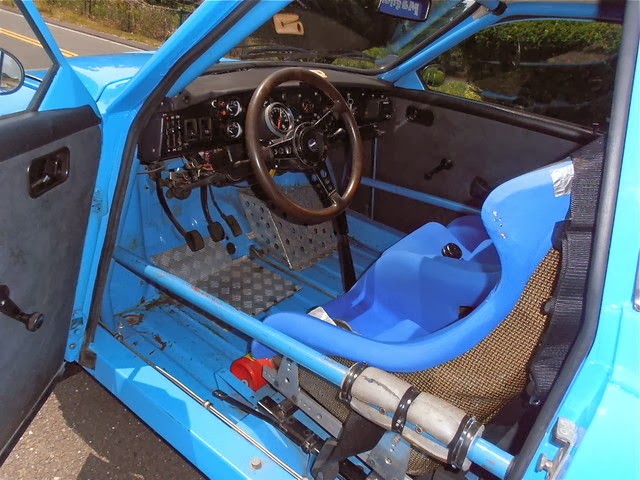 The interior is setup for rally- with a cage, racing seats and nothing that isn’t specifically needed for going fast. And as they say, once you go full race car, there is no going back… 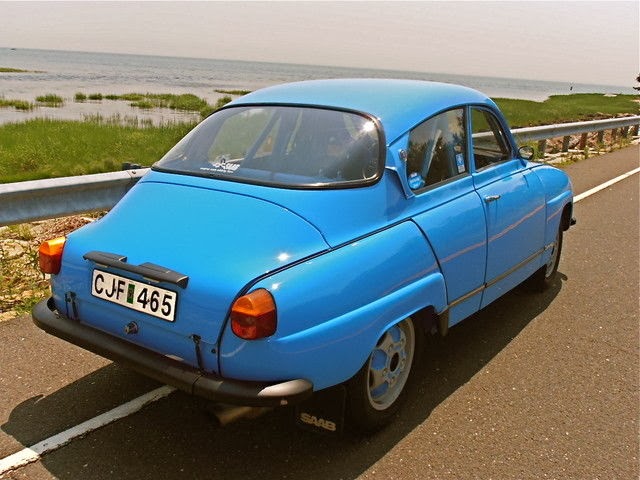