Yesterday we teased at the identity of Daily Turismo’s project car, which is the newest addition to the DT fleet and will be featured periodically on the site as we carry out repairs, upgrades, tests, general tomfoolery – and share it all with you, faithful reader. The car in question is none other than a perfect Thorsday feature: a 1983 Volvo 242 DL, which actually was about to be a DT feature car until we decided to check it out for ourselves. Without further ado, meet this great white Swede, a super-solid California car that was just purchased from its original little old lady owner earlier this year. It wears its original paint, is unmodified and has never had any body damage as far as we can see. All body panels are incredibly clean and straight for a 29-year-old car including the floors and rockers. It’s currently not starting and had some issues passing the California smog test, so we picked it up for a very reasonable price and are starting to sort it out! 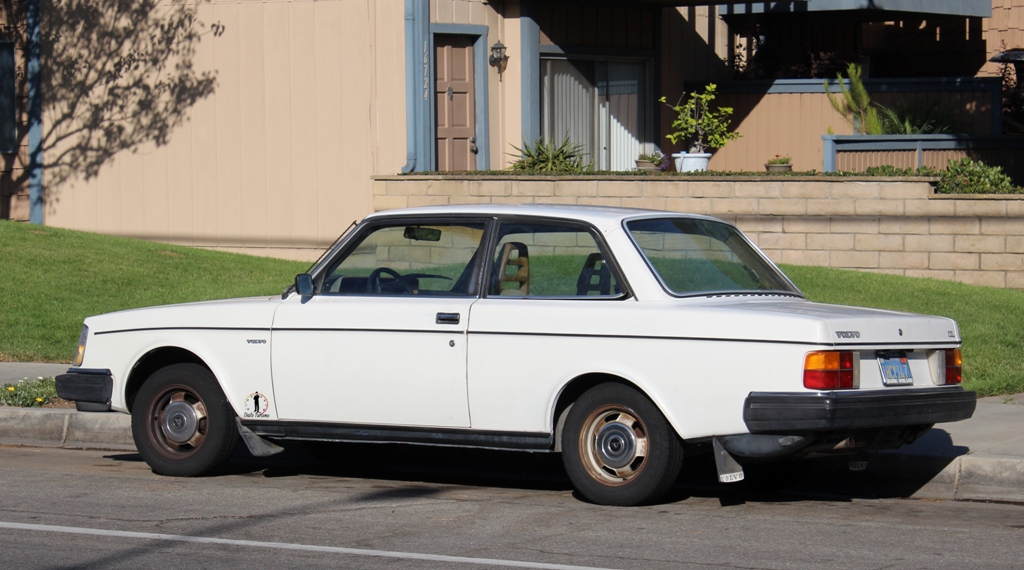 We hate seeing a good Volvo go to waste here at DT, especially a classic RWD model like the 242. Because the seller was having recurring issues he wanted to cut his losses and advertised the car on the turbobricks.com forums with an ultimatum: it would be sent to the crusher in exchange for 1000 state-subsidized dollars if it was not sold by Tuesday (today). So we took a drive to Huntington Beach (aka Surf City USA) on Sunday and struck a deal to rescue this wayward coupe and take it back to DT headquarters. 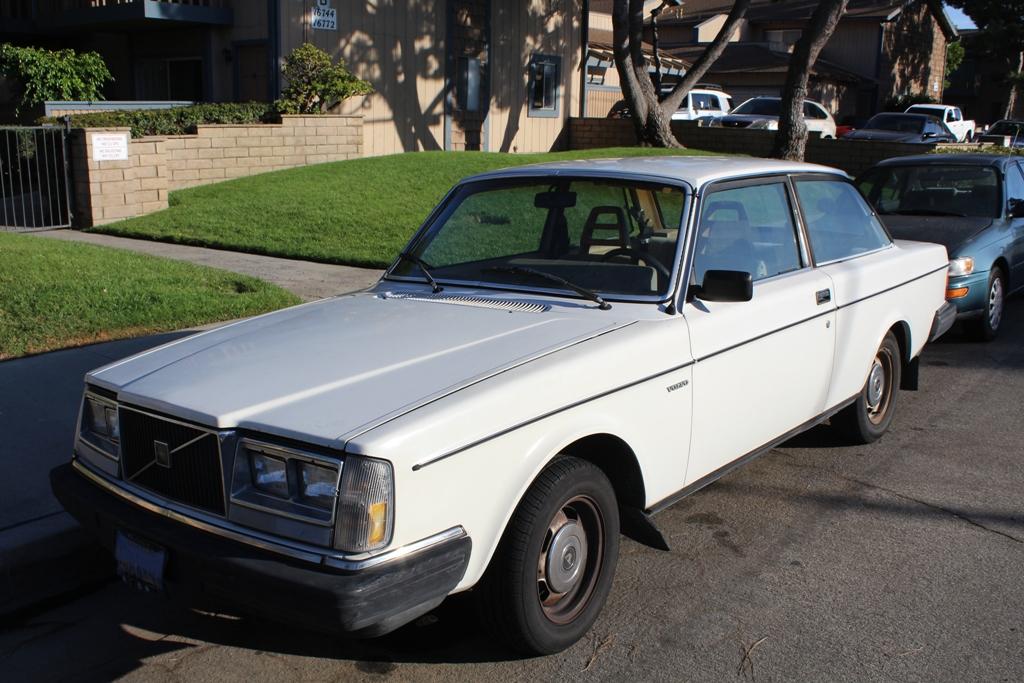 The 1983 242 DL was the most basic version of the 240 available in the US, but features a one-year-only high compression EFI 2.3L engine, revised lightweight bumpers, no leaky sunroof to worry about and no power accessories (if you don’t count steering and brakes). As can be seen in the pictures our car wears its original 14 inch steel wheels with “V” logo dog dish hubcaps, its original blue & yellow CA plates, and it’s original…well, everything, basically. All of the major parts seem to be correct and accounted for. As an added bonus, this very car was recently featured in an independent film called 51 West – keep an eye out for it! 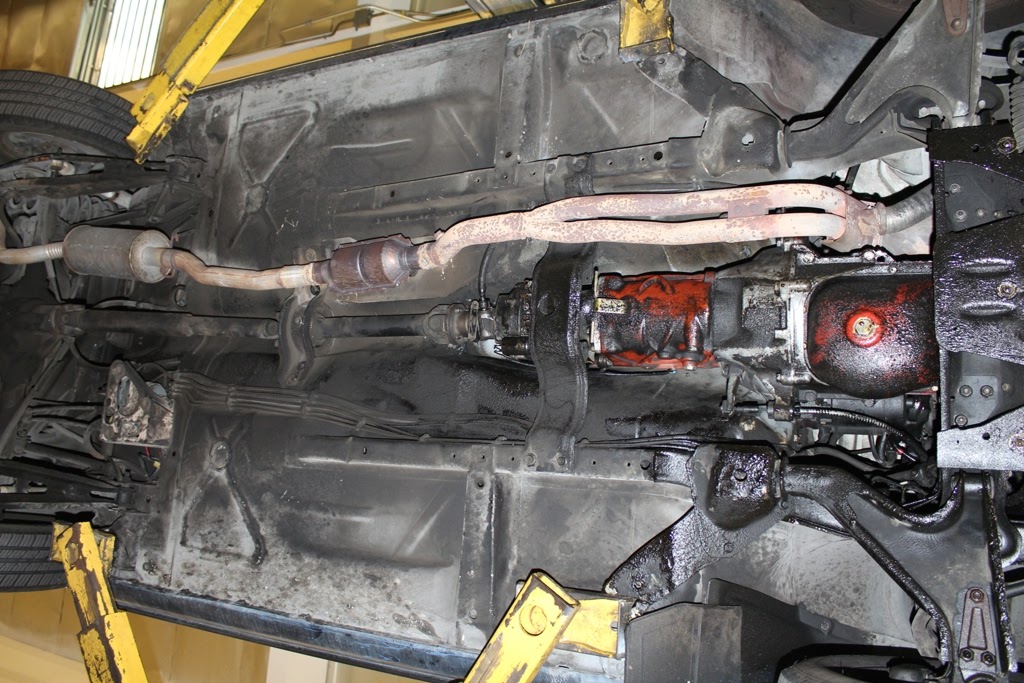 After a quick tow back to DT headquarters, a ride up on the lift proved the solidity of our purchase. There’s absolutely no rust to be found anywhere underneath – partly because it lived in sunny San Diego for 29 years – and partly because of an engine oil or power steering fluid leak which seems to be coating the drivetrain in a protective film at the moment! This will be addressed as soon as the car is running reliably again. 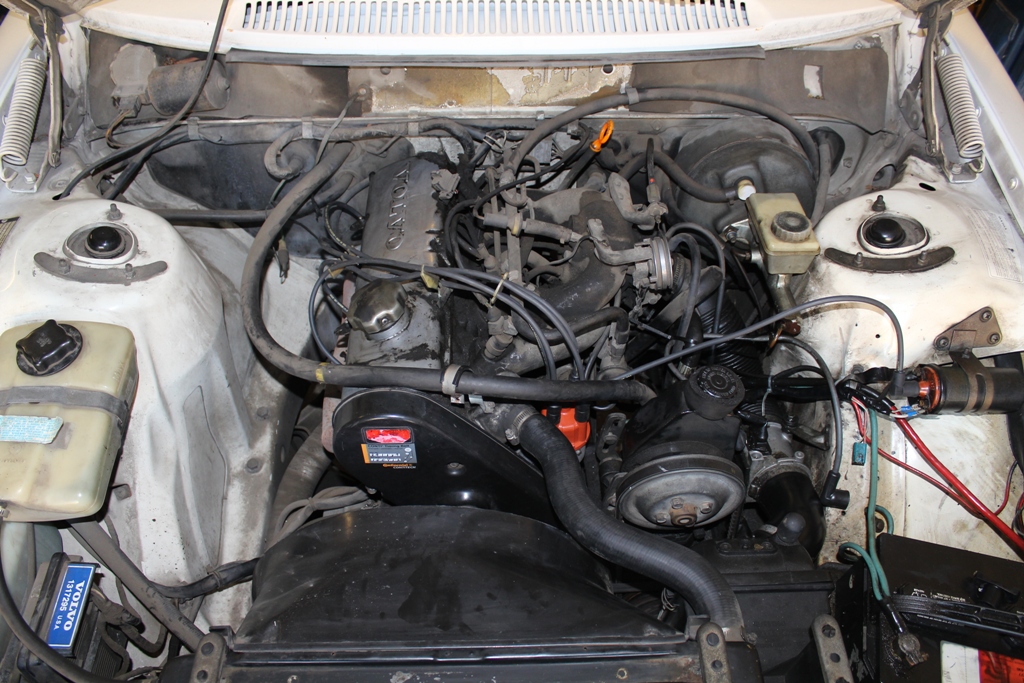 That original B23F engine sports a compression ratio of 10.3:1, which seems to be the highest for any version of the “redblock” overhead cam engine family sold in the US. This should make for a peppy and efficient driver with good upgrade potential. 1983 was also the first year for (modern) pulsed EFI, in the form of Bosch LH-Jetronic 2.0 which is a MAF-based system allowing for accurate fuel mixture control based on the airflow demands of the engine. Our engine bay needs a good clean-up and some wiring issues sorted out; the early ’80s Volvos were notorious for wiring insulation that crumbles under exposure to heat so we bet there are some shorted, bare wires waiting for us to discover! 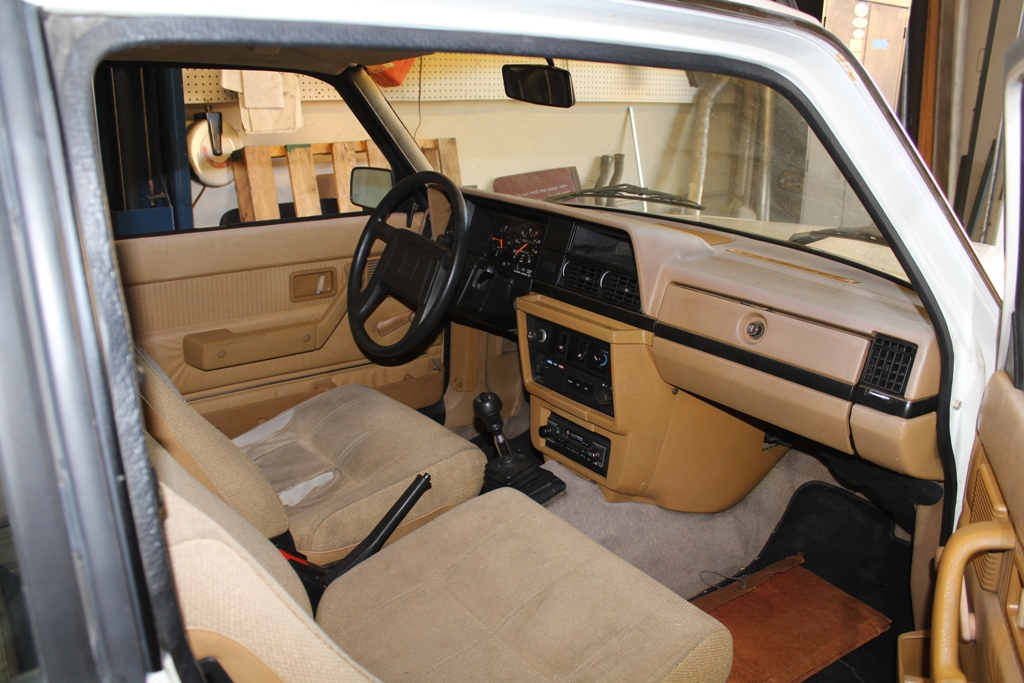 The tan cloth & vinyl interior is well-worn but original. The seats and carpet need a bit of attention and the dashboard is cracked in typical 240 fashion from exposure to the nearly constant Southern California sun. Our car has manual locks and windows which are a bonus for reliability and light weight, not to mention the M46 4-speed/overdrive manual transmission for a more entertaining drive. It’s also equipped with a reportedly functional AC system and a period-correct AM/FM cassette player for jamming out to Duran Duran, Rush, and Metallica mix tapes. In addition to mechanical sorting, we will be addressing the interior cosmetic & comfort issues in time and will share our progress on the site. 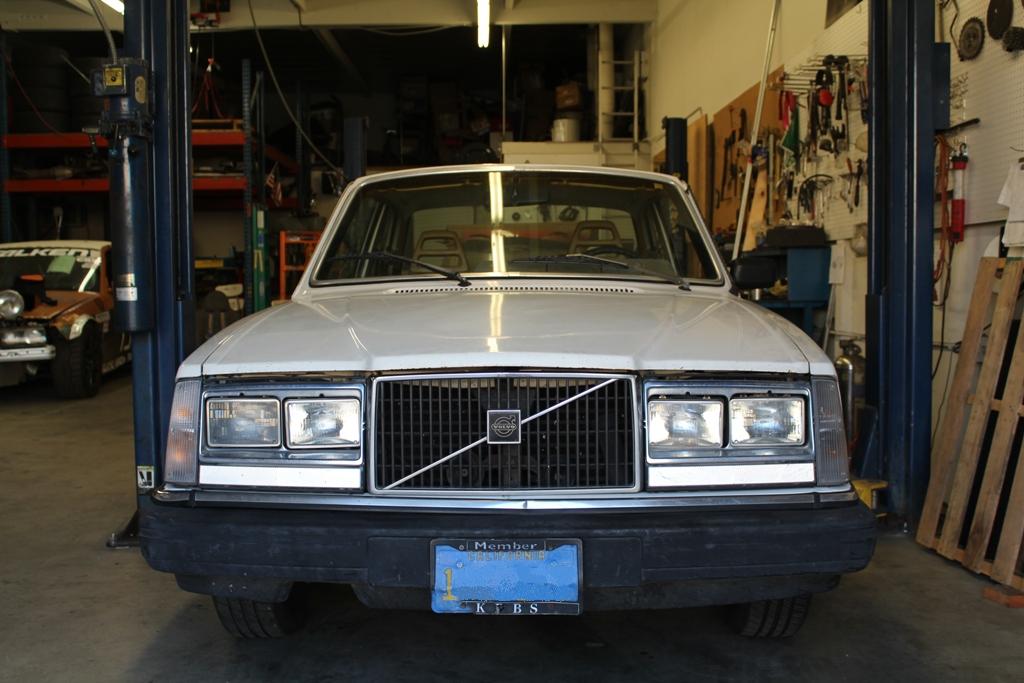 So give a big hello to the 242 if you don’t mind, shown here resting in its new home at DT headquarters. It does not want to be a permanent fixture on the lift – it’s begging to return again to the open road, and we have several distinct possibilities in mind for the direction of the project. Back to the shop for us!