We at the Daily Turismo don’t share Jeremy Clarkson’s (of Top Gear fame) cellular level hatred of the VW Beetle based on its “woeful handling or the
involvement of Hitler in the original design,” but we do think they are for the most part slow and boring.  This 1969 Volkswagen Beetle based “casket car” currently bidding for $1650 on ebay has removed the boring from the Beetle and replaced it with a healthy splattering of death and mayhem…but don’t worry, it is still slow, and is located in Palos Heights, IL (Big thanks to multiple tippers – Day M & Scott in San Jose) 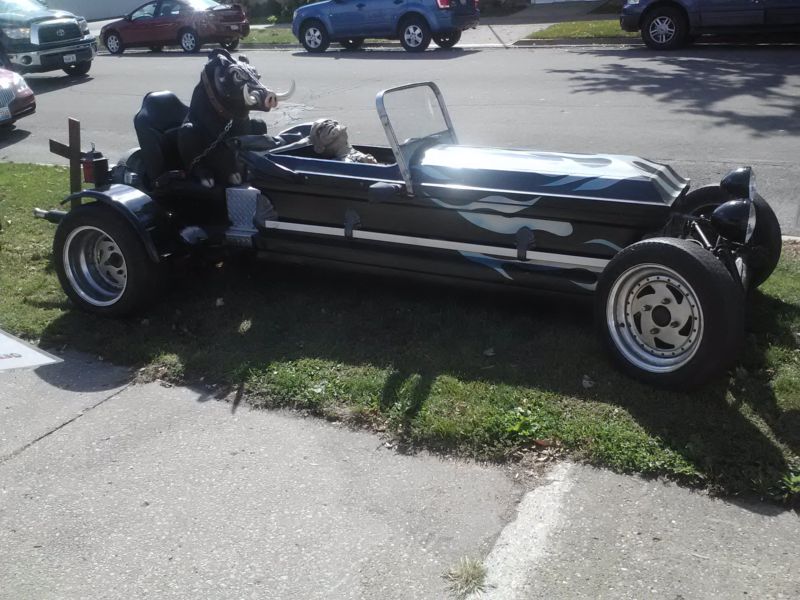 There isn’t much left to identify this as a VW Beetle – except for the engine, suspension and floor pan.  The body has been replaced with a combination of casket and some Lotus Seven style lights & fenders.  The driver sits in the coffin and one passenger (or a warthog) can ride behind the driver in a re-purposed riding mower style chair. 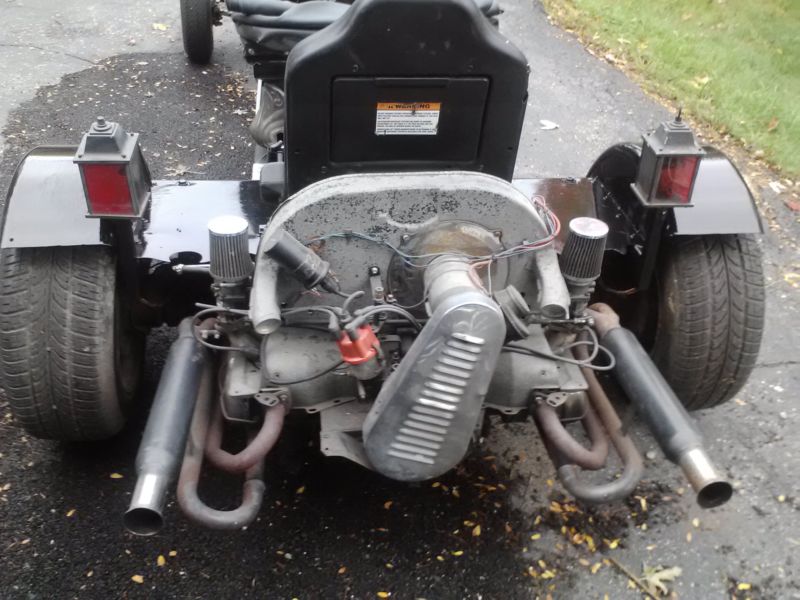 This Casket is powered by a VW flat four…no mention from the seller on displacement, but if it is from the original 1969 donor vehicle it should be a 1.5 liter putting out 54 horsepower and 77 ft-lbs of torque. 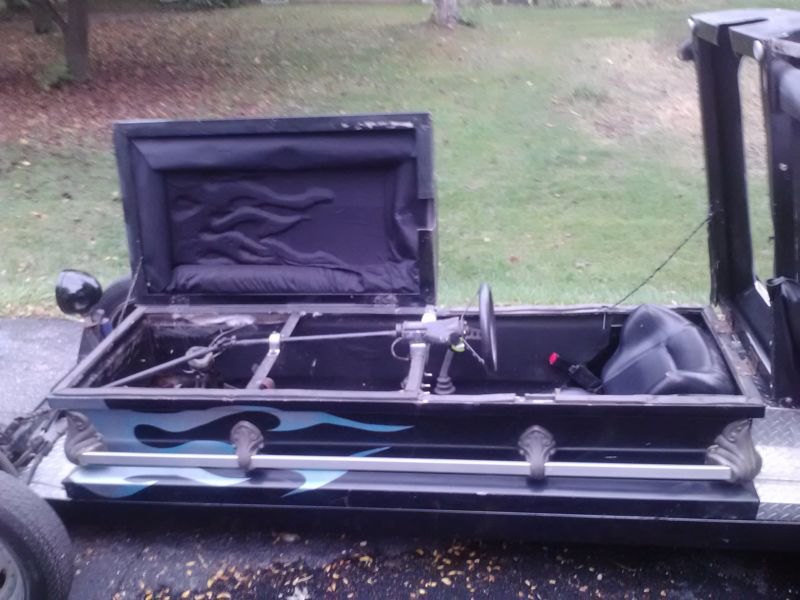 Hopefully the new owner of this car isn’t claustrophobic, because climbing into the driver’s seat will literally be like sitting in a coffin.  Which is convenient because this car is about as safe as running with scissors…on a frozen lake…while crossing the Korean demilitarized zone…and texting at the same time. 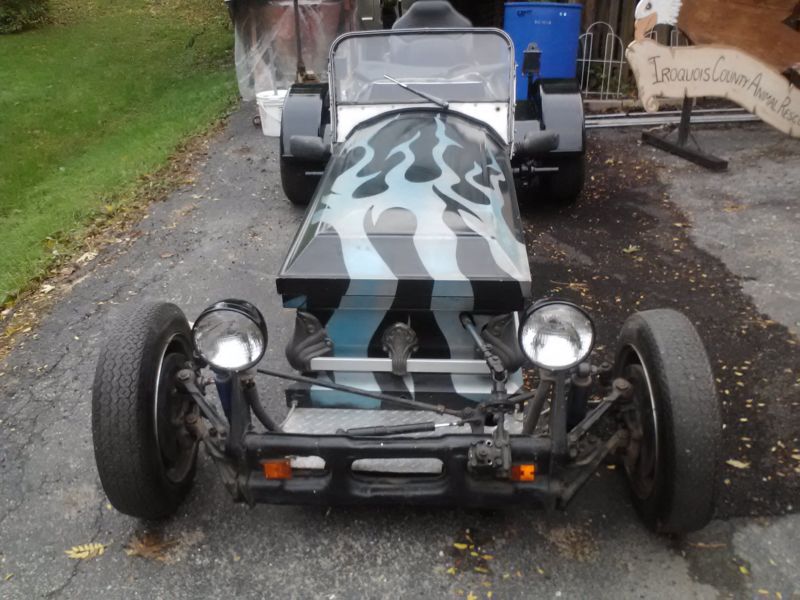 Safety aside – we have to love the effort and work put into this piece of rolling Halloween decoration.  It’ll certainly get you noticed and possible onto a neighborhood watch list, but at least the price is right.