The Fiat 128 was a front-wheel-drive economy sedan designed by by Dante Giacosa (Fiat Topolino, 508C, 1400, 1100, 850, 500C) and is considered by many
to be the grandpappy of today’s basic FWD sedans.  Other OEMs had dabbled in front wheel drive (Saab used a wacky engine
backwards on top of trans, Citroen’s engine mounted behind trans, and
Mini’s engine/trans shared sump.) but the Fiat 128 was arguably the first
major production car to use a transverse front-engine front-drive
mounted just above and ahead of the unequal length front axles layout
that just about every economy car uses today.  Find this 1978 Fiat 128 offered for $850 in Palms, CA via craigslist.  Tip from Sean C. 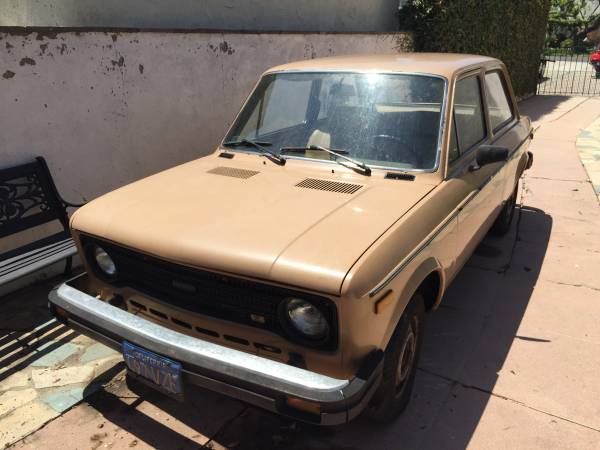 If the Fiat 128 was good enough as a daily driver for il Commendatore himself, then it should be good enough for anybody.  Perhaps that isn’t entirely true, because a guy like Enzo Ferrari probably didn’t get in trouble if he was 30 minutes to work twice a week because his old Fiat wouldn’t start…but maybe you work from home… The 128 used a 1.1 liter inline-4 that pushed 64 horsepower and 64 ft-lbs of torque into the front wheels.  It won’t thrill anyone with speed and this one hasn’t been on the road since 2011…so you’ve got some work on your hands. 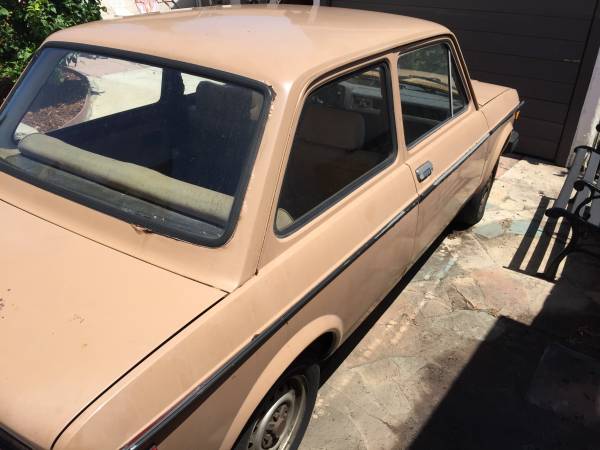 See a better classic from the late 70s for cheap? tips@dailyturismo.com