The next two cars come from tipper Sean S who called them WTF bugs, but I think I know exactly TF was going on with these two cars.  It is a typical case of scope creep — start out with a simple job like an oil change and two stripped threads later you are replacing the VW flat engine with a Toyota 4-cylinder grafting some kind of Honda Ridgeline rear end onto your Bug.  Happens all the time. First up is the 1970 Volkswagen Beetle custom pickup thing offered for $2100 in Grover Beach, CA via craigslist. Grover Beach is one of those little sleepy west of Pacific Coast Highway (aka El Camino Real) beach communities that time has forgotten….and this Beetle is no different.  What is that color called? 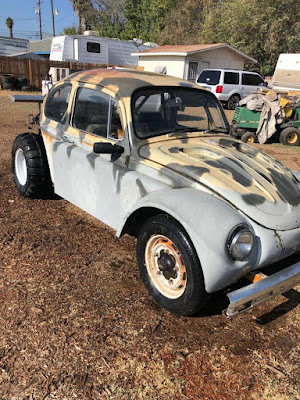 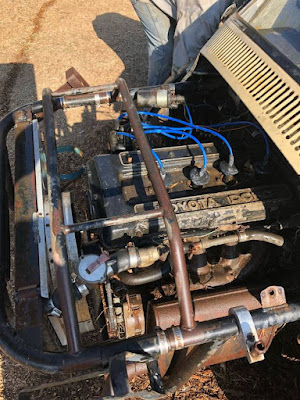 The next abomination thing is a 1965 Volkswagen Beetle that the seller affectionately calls a Low Flying Messerschmidt (I think he means Messerschmitt?), but is befuddlingly powered by a Toyota 2TG engine and has Ford Thunderbird seats.  I dunno.  Which would you drive?