It isn’t often that you will find a factory fresh car for sale.  Not a freshened car, or even a low mile example, but a car that was never registered for the street and has been stored since it left the dealer’s lot.  Mix in one part Texas cowboy named Carroll Shelby and you got a recipe for gold…multiply it by four and you’ve got today’s next feature.  Find these 4 factory fresh Shelbys, each allegedly the first car available to dealers (vin #6):  1987 Shelby CSX, 1989 Shelby CSX, 1987 Shelby Lancer, and 1989 Shelby Dakota offered here on eBay 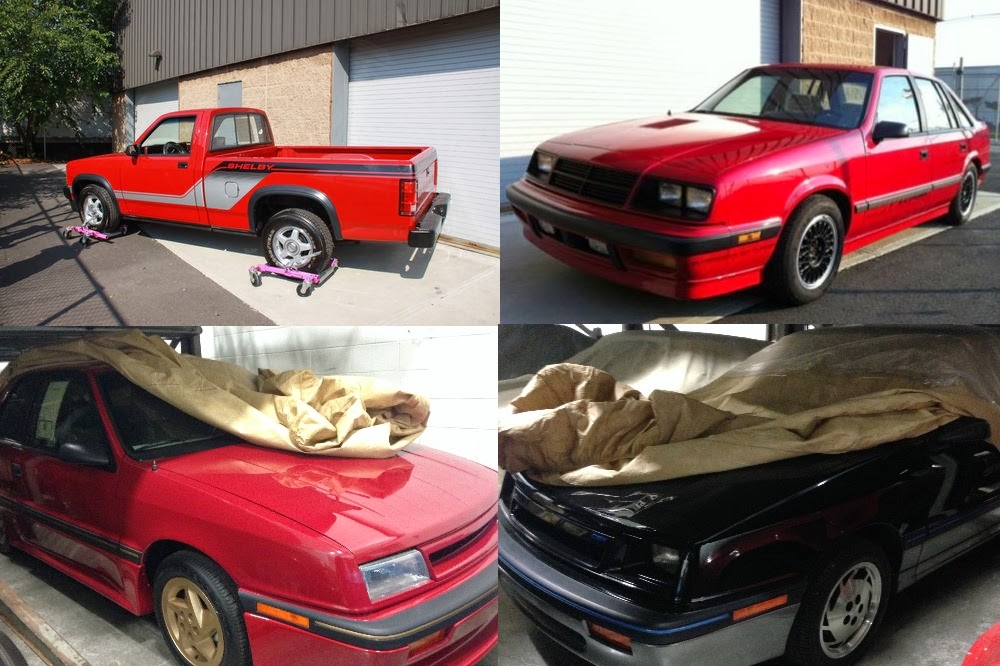 This is an odd group of classic Shelby creations, and the back story behind these 4 cars must be fantastic…but the seller divulges nothing in the eBay listing.   The entire text of the listing from turbospoolin300 on eBay is as follows:

For sale are 4….. Yes 4 BRAND NEW Shelby vehicles. All 4 cars are still under original Shelby MSOs.  All purchased from original dealer and kept in temp controlled dry storage since day 1.  All dealer markings, plastic on seats, only approx. 25 miles on each car.   Brand new cars still look and smell like they did in the dealership over 25 years ago.   2 Shelby CSX’s (a black 87 and a red 89), 1 87 red Shelby Lancer, and an 89 Shelby Dakota (also in red).  All cars are #6 of these limited edition numbered Shelby’s.   Dealership had agreement to get the first ones available to the public and these are it!!!

Let’s take a look at each one. 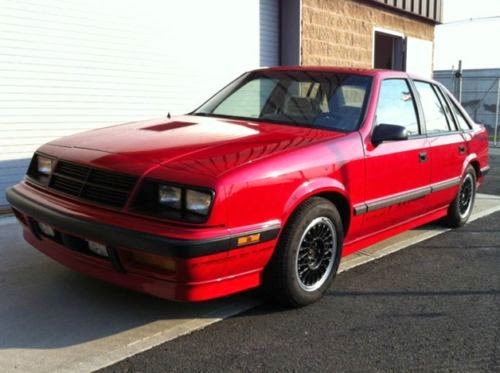 First up is this 1987 Shelby Lancer, which was based on Dodge’s compact Lancer 5 door hatchback
(yes a Chrysler K-platform car!!) but assembled by Carroll Shelby’s
technicians in his Whittier, CA plant.  Please don’t confuse it with the
later (1988-89) Dodge Lancer Shelby – which was built the following year by Chrysler in
its Sterling Heights, MI Dodge plant. 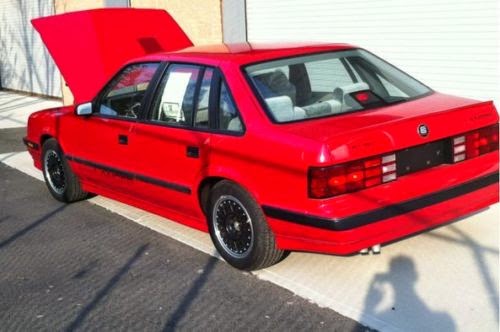 This thing looks like it just got off the delivery truck in 1987 and is complete with factory window sticker.  The photos are low resolution and don’t show too many details, but how many pictures of a 25 mile car stored in a climate controlled garage do you need to see? 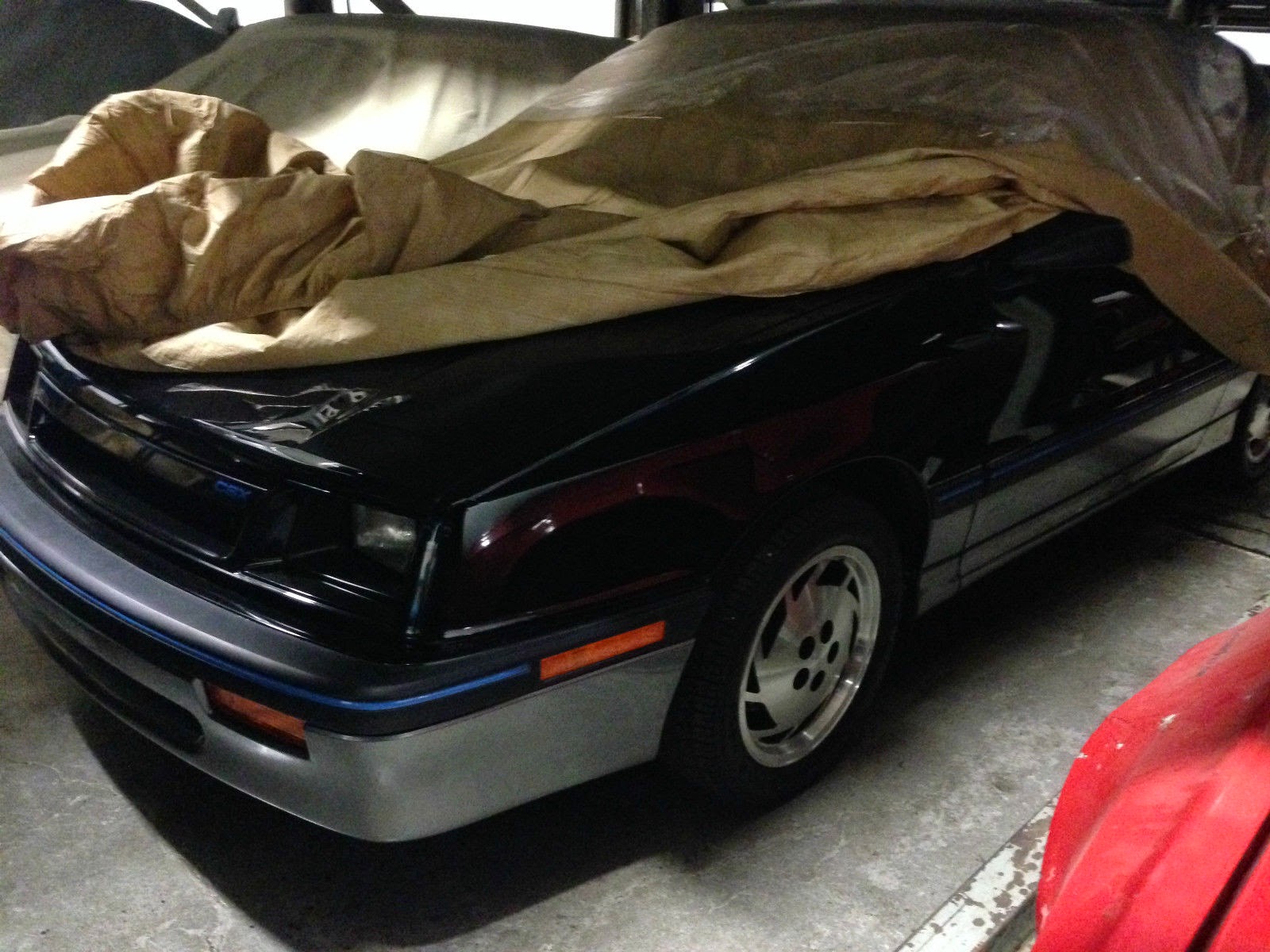 Next up is a 1987 Shelby CSX that is also fresh from the factory floor.  Shelby started acquiring incomplete Dodge Shadows to turn into his CSX –
short for “Carroll Shelby eXperimental.”  The Shelby version included a
high power engine, stiffer springs/shocks, Shelby specific interior and
Shelby fiberglass composite wheels. 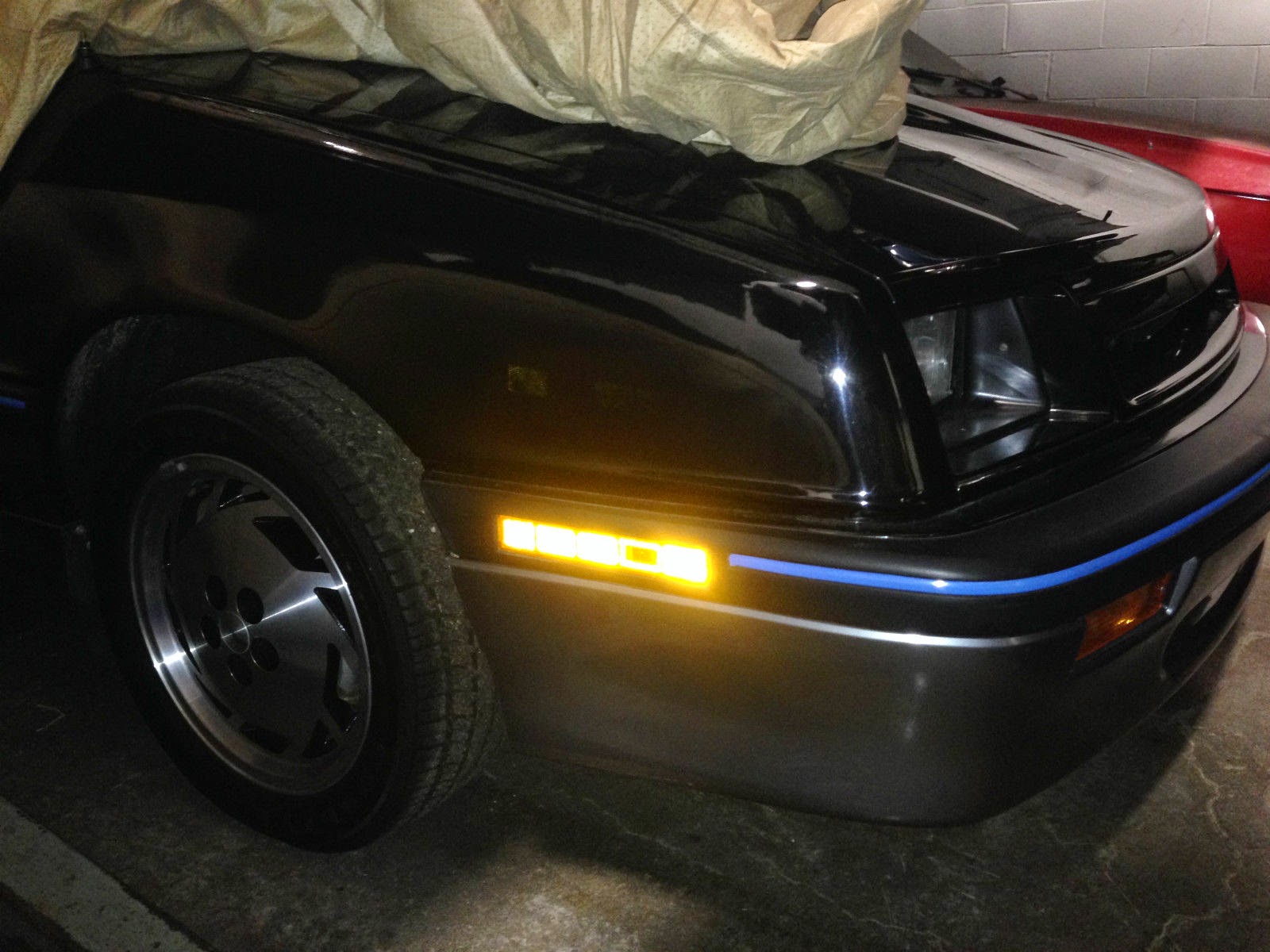 Power comes from the Turbo II, a version of Chrysler’s 2.2 liter inline-4 cylinder
turbocharged and intercooled engine – putting out 175 horsepower and 175
ft-lbs of torque. 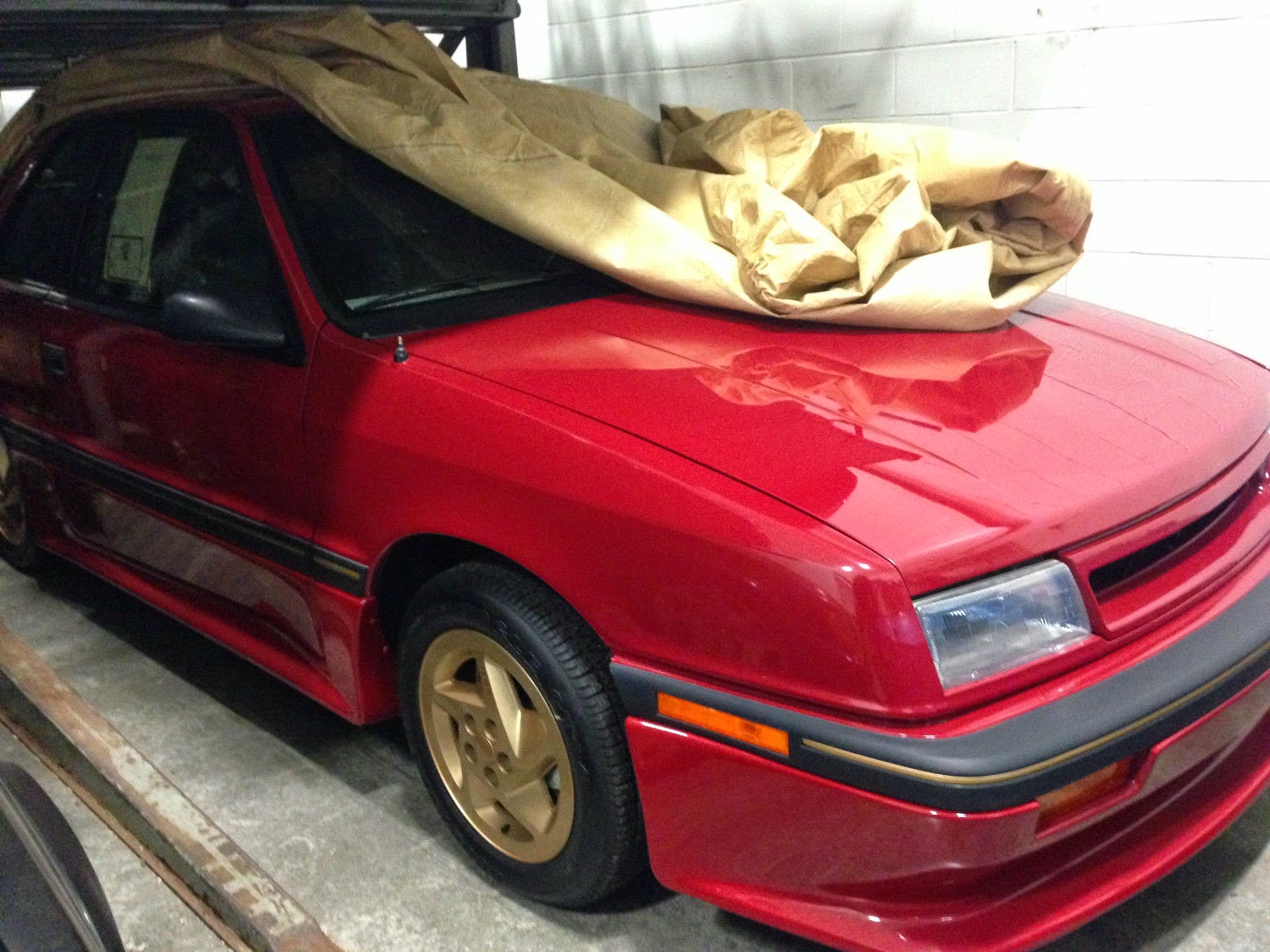 This next museum piece is also a Shelby CSX, but this one comes from 1989.  I can’t imagine that a factory fresh Dodge Shadow or Plymouth Sundance could demand much more than a few grand, but the Shelby name brings out the boys with fat wallets. 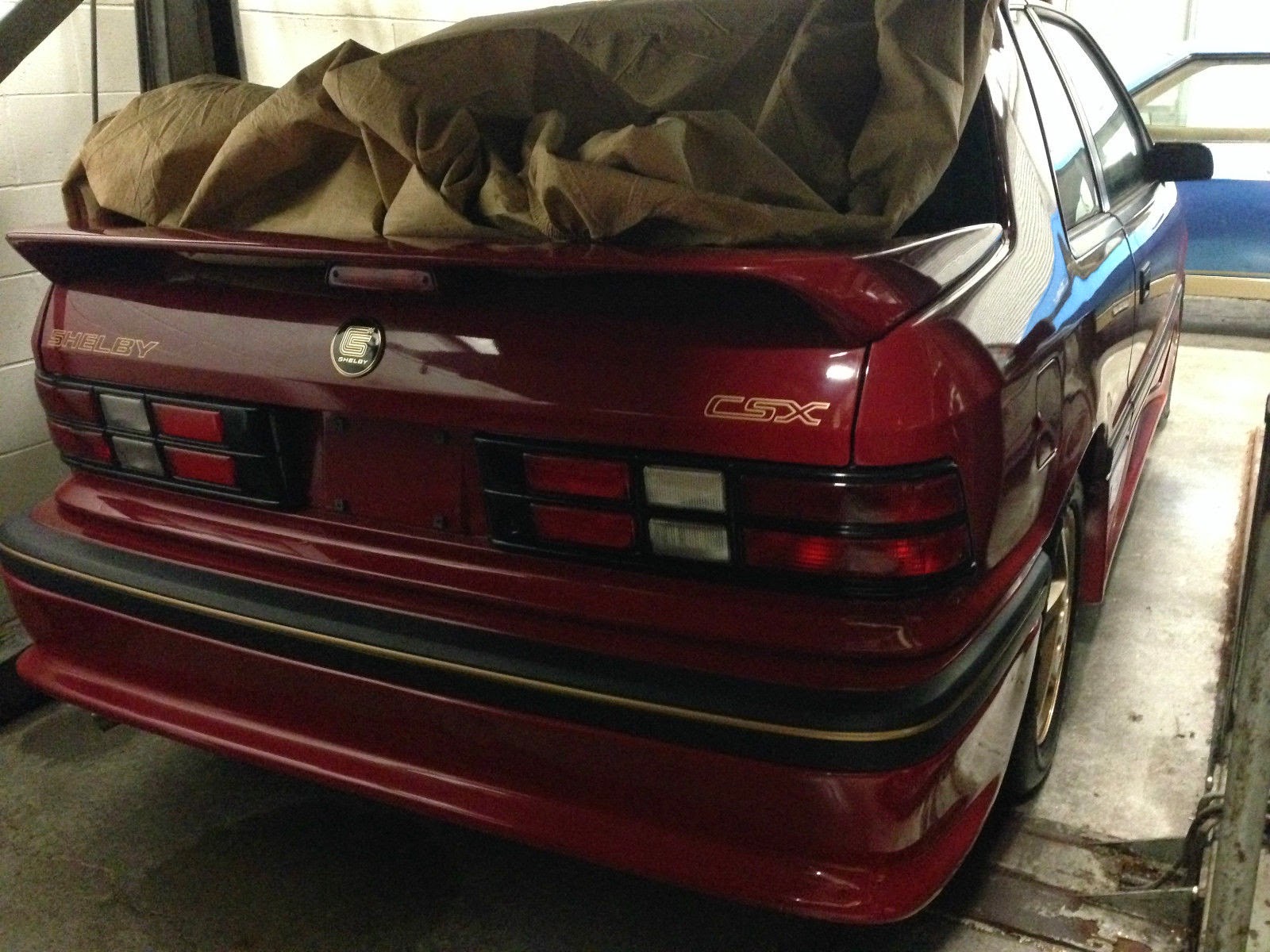 If you could peek inside this CSX, you would see seats and doors covered in Shelby script.  Seems strange that the seller doesn’t take the car covers entirely off for the pictures, but who is going to second judge anyone who buys brand new cars and parks them for 27 years. 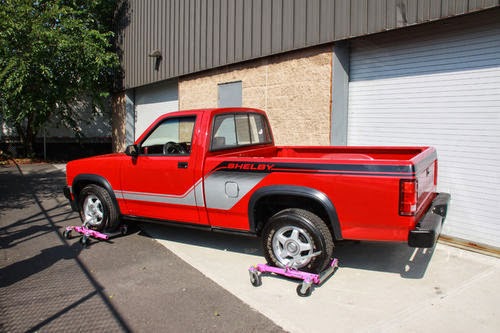 The seller was nice enough to roll the final car out into the sun for pictures — but the use of 4 wheel castors reduces the possibility of adding a click to the 10ths digit on the odo.  This is a 1989 Dodge Shelby Dakota pickup, the ornery Texan’s first rear-wheel
drive car in a number of years since he joined Chrysler and put his
name on a bunch of front-wheel-drive hatchbacks. 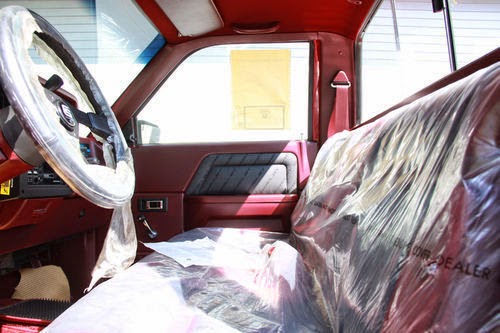 This one is as minty clean and fresh as the rest — the interior is complete with factory seat and steering wheel plastic.  Would it be weird to drive to a car show with that stuff intact?  Would you need to trailer it?  If you could get these cars for $100k total, could you sell each for at least $25k?  So many questions… 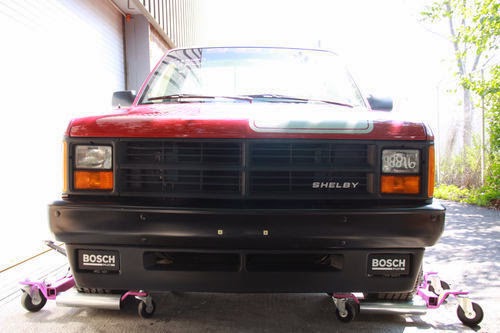 See another new when parked 80s classic for sale?  Email us here: tips@dailyturismo.com