The ’49 Windsor was Chrysler’s low option offering in the full-sized segment and slotted just above the entry-level Royal but below the Saratoga, and New Yorker– ironic given the fact that anyone with  half a brain would rather live in Windsor than Saratoga or New York, but this Windsor has been given an injection of Bowling Green.  Find this 1949 Chrysler Windsor with Corvette V8 offered for $3,995 in Bozeman, MT via craigslist.  Tip from Rock On! 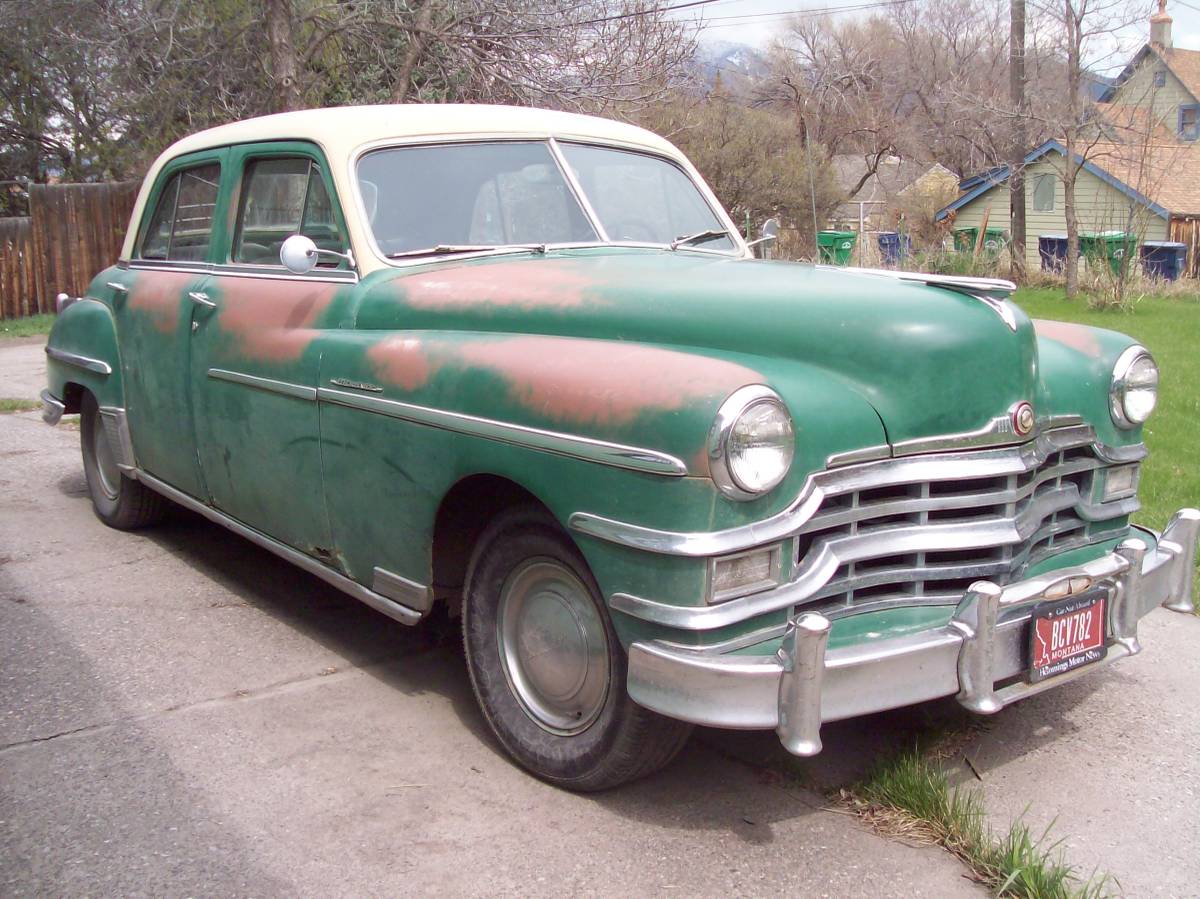 To be clear, the best value in this Windsor is to buy it, do some research on that ’66 Vette engine, buy the Vette that has some non-numbers matching V8 and restore the Vette to numbers matching status — PROFIT.  Now you’ll have the Vette’s V8 to figure out what kind of Camaro that engine came from…and you’ll end up down the rabbit hole of a never ending engine swap, but you didn’t have anything planned for your weekends in the next few years, did ya? 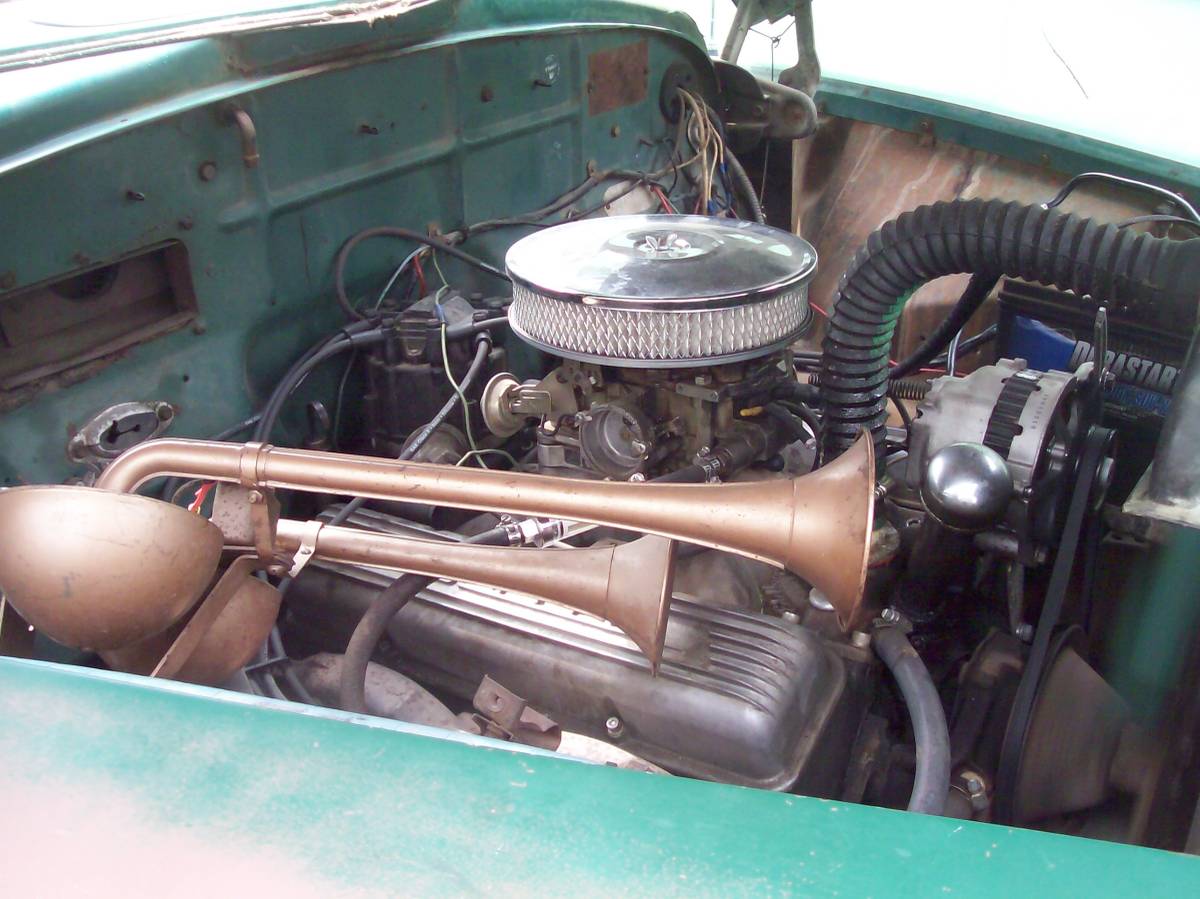 Under those freight train sized air horns is a 283 cubic inch V8 borrowed from a ’66 Corvette and now it is mated to a 2-speed powerglide auto and forced to do daily driver duty for this hunk of prehistoric metal. 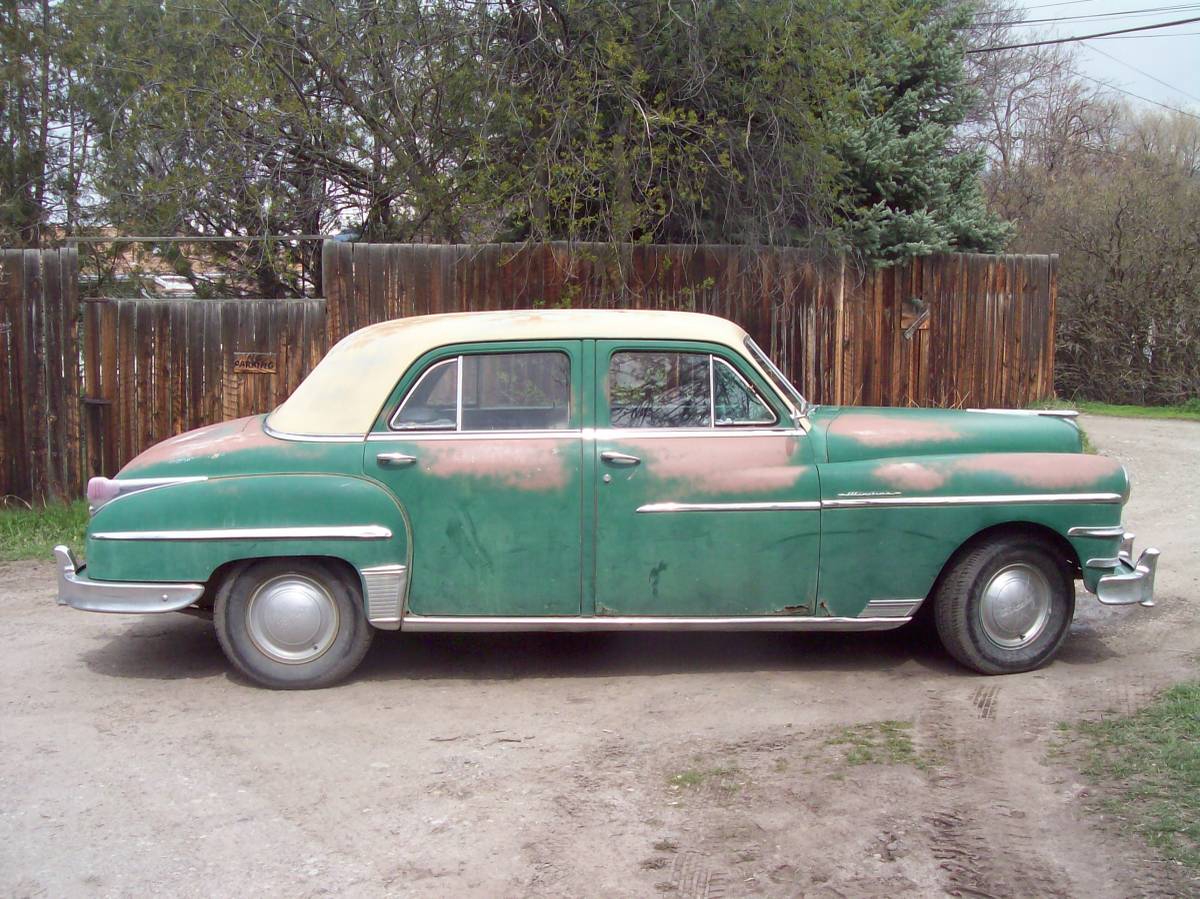 See a cooler old boat to drive every day? tips@dailyturismo.com