Arnold Schwarzenegger used to drive a HMMWV before they were cool…and then idiots started driving them and they became super uncool, but they were still the most American vehicle you could drive…except they are like a Volkswagen Beetle driven by Chiang Kai-shek on the Americaness scale compared to this next vehicle.  Find this 1992 Amertek CF4000L ARFF offered for $50,000 in Walnut Creek, CA via craigslist.  Tip from James. 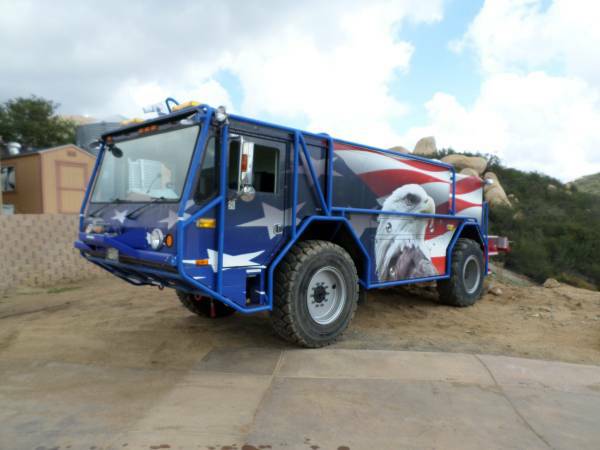 Look here you weak kneed communist — freedom isn’t free, and the tree of liberty must be watered with high sulfur diesel fuel, and 60 weight gear oil from time-to-time.  This one of those times, and you need to just put down the mouse, stand up and put your hand over your heart…because long after those amber waves of grain have succumbed to the effects of strip-mining, global warming, and clean coal, this thing is going to roam the post apocalyptic future filled with people who wear leather and mohawks.  And it is going to be awesome.