Launched in 1988 as a replacement for the long in the tooth Scirocco, the Volkswagen Corrado was produced through 1995 as a handsome version of the popular Golf people car.  If you think of the Corrado as an expensive Golf it doesn’t make sense, but if you look at it like a cheap Audi TT, the hatchback sports coupe starts to make a little more sense.  Find this 1990 Volkswagen Corrado offered for an undisclosed price in Hartford, CT via craigslist.  Tip from John H. 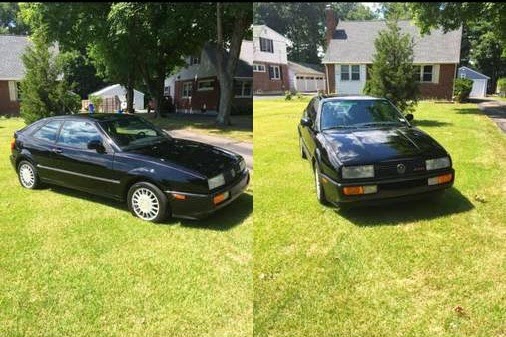 This Corrado is powered by the G60 inline-4, a G-lader supercharged 8-valve four banger that puts out 160 horsepower and makes nice whining noises when pushed hard.  The VR6 Corrado might have a smooth engine, but the G60 provides an extra level of excitement and will probably be more collectible in the future.