To this day the Corvair is a rear-engined anomaly in the catalog of American built automobiles.  The Ed Cole led team at GM released the subtle styled Corvair as the rest of Detroit was trying to build bigger tailfins and build a functioning chrome windshield.  The Corvair was different…a little bit European in its style, but strongly American in execution.  Most of the Vairs you see on these pages are from the refreshed and better handling 2nd generation (’65-’69) but if you want one of the Van/Wagon/Pickup versions, you’ll need to look at the first gen.  Find this 1961 Corvair Rampside Pickup Truck offered for $7,450 in San Bruno, CA via craigslist. 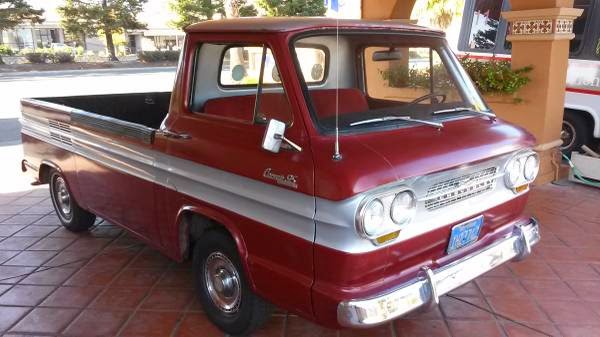 The paint looks like a survivor except for the blacked out stuff…but..doesn’t look like the stock red color for a ’61 Corvair.  Looking even closer and that’s apparently silver instead of white and the red could be the ubiquitous Maaco red that was on everything from late ’70s – early 80s but don’t hold me to that.  The seller doesn’t show the rampside door open, but it allows roll-in access to the deep middle portion of the bed area.  Read more about the rampside here on corvair.org.  The hubcaps aren’t original, more likely from a 1971 Malibu? 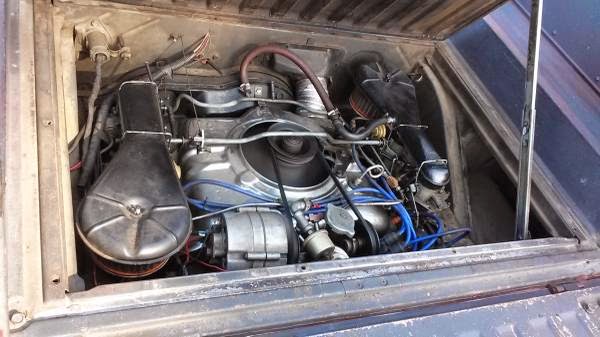 Under the rear part of the load floor are some unusual bits for a Rampside.  Most of the van/pickup Vairs had the 95 HP and/or 110 engine, but this flat-6 powerplant is the higher compression 2.7 liter 140-hp version from a later example.  Additionally it comes with a 4-speed manual, while almost all of the ones that you see for sale are powerglides. 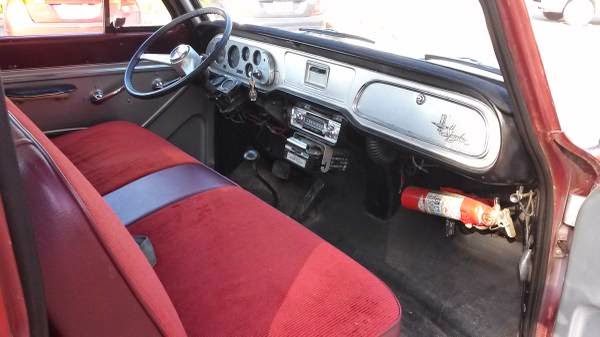 It appears that someone has ‘refreshed” it by recovering the front seat and painting the bed in a flat black to hide a bunch of wear/tear.  Overall, it doesn’t look bad for the price, but I’d love to know who signed the glovebox. 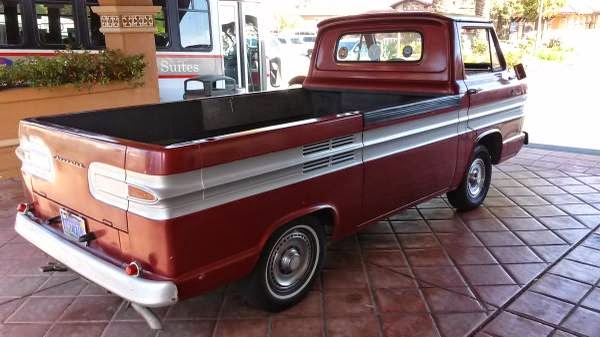