The Porsche 914 was originally conceived as a dual purpose range topping
Volkswagen and low-end Porsche, to replace the Karmann-Ghia and 912 respectively. The initial plan of marketing the 6-cylinder version as Porsche and the 4-cylinder as VW was eventually canned and lowly 4-banger version got a Porsche crest too — and today, the easiest way to get in a fight with a 914 enthusiast is to call his car a VW.  Instead of picking fights with people who like driving slow cars, why not join them by picking up this 1973 Porsche 914 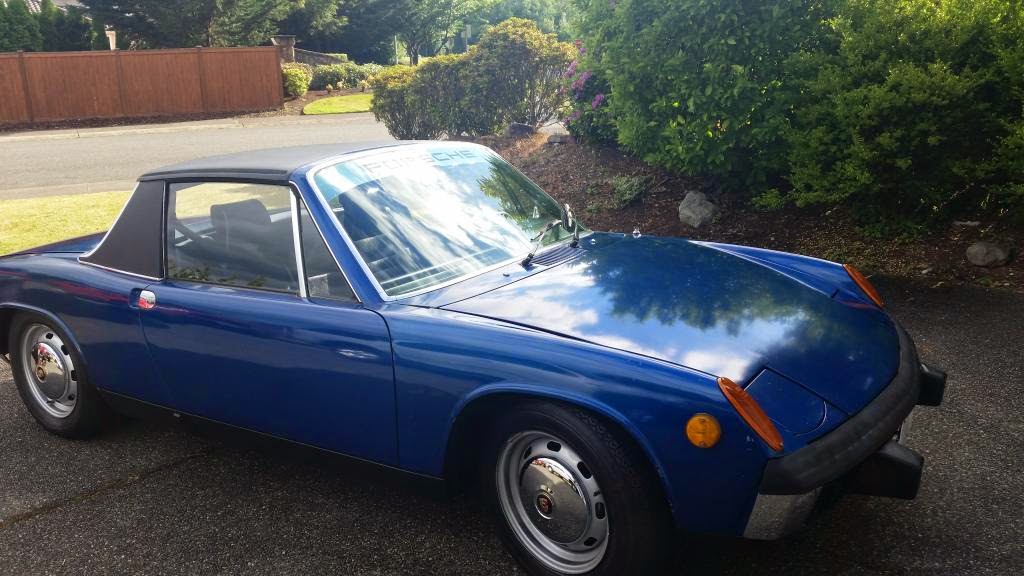 This isn’t the first original owner Porsche 914 that we’ve featured on the site; who can forget Canosaurus inventor Doug Malewicki’s 914 with 431k miles that ended up in Finland? Today’s feature however, is a one owner 50k mile survivor that looks to be a fabulous deal if bidding doesn’t increase by much in the last few hours. Unfortunately this 914 is powered by the anemic 1.7 liter flat four that puts out 80 horsepower and can propel the 914 from a standstill to 60mph in a blistering 13 seconds.  It actually isn’t as bad as it sounds, because short gearing reduces the wait between gear changes and a low driver seating position gives the impression of speed.  This is the car to get if you like to feel like you are going fast when you aren’t breaking the speed limit. 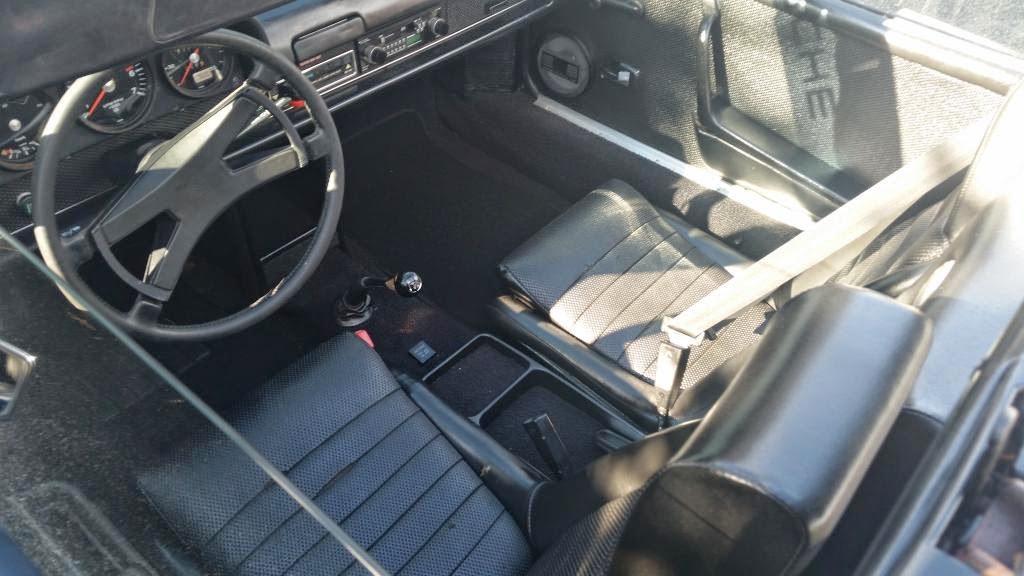 Even with only 50k miles on the odometer, it is surprising that this car look as nice on the inside as the pictures seem to indicate, but only because the interior condition is usually a function of age (41 years on this one) more than miles. 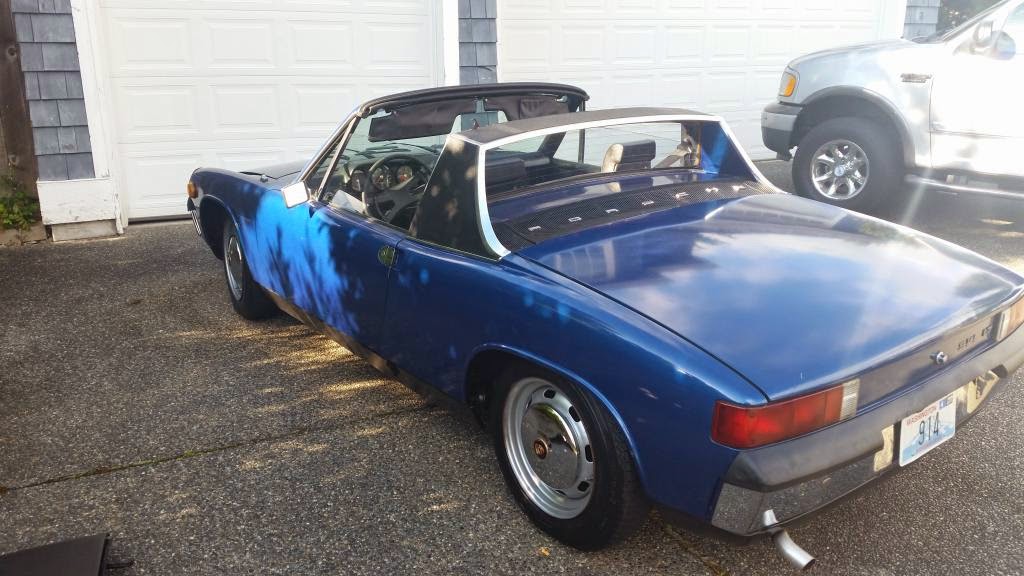