The Mk1 Volkswagen Golf/Rabbit GTI is the grandaddy of the front wheel drive performance scene.  Many years before Honda was putting out VTEC this and VTEC that, the Mk1 GTI was available in a fuel-injected, front-wheel-drive,  hatchback package that blew the doors off its contemporaries.  Today a new 2013 VW GTI is a great car to drive every day, but heavy, very expensive and offers more safety and security in exchange for less driving fun.  Get back to basics with this 1983 VW GTI Mk1 for sale in Central Jersey via the vwvortex.com forums, asking $4500. 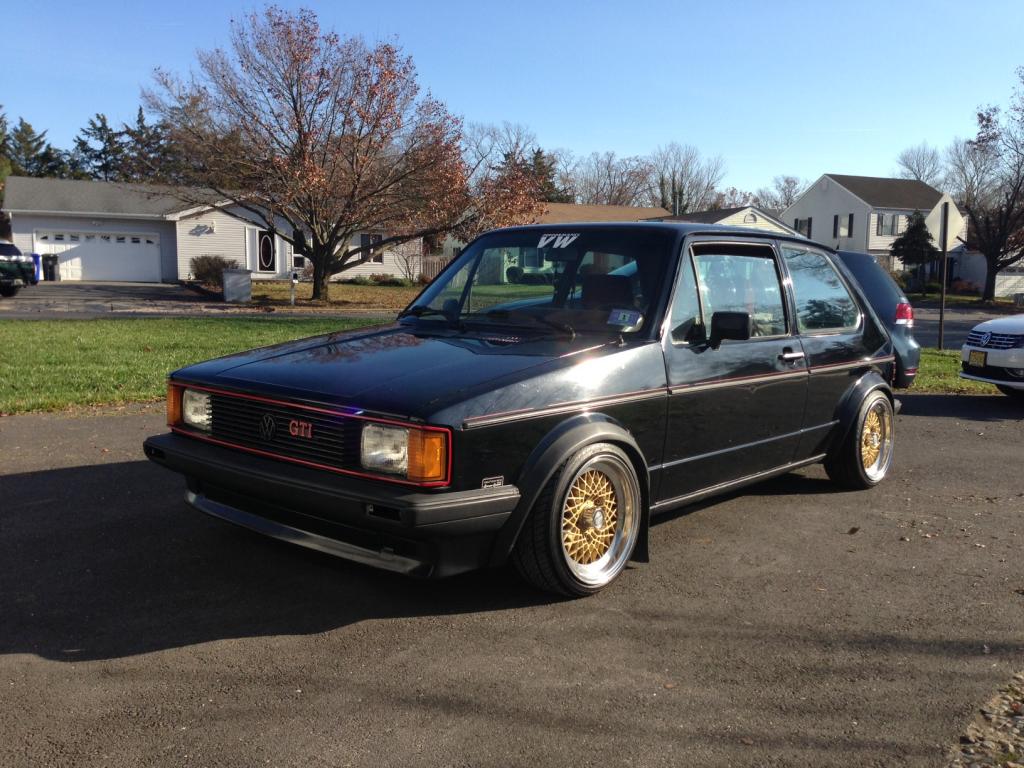 We like the GTI in black because it highlights the OEM red grill outline that was specific to the GTI.  The seller admits that this original paint is looking a bit abused, but this one looks to be a nice driver so we’d just buff it, then hit it with multiple coats of wax and hope it doesn’t get worse. 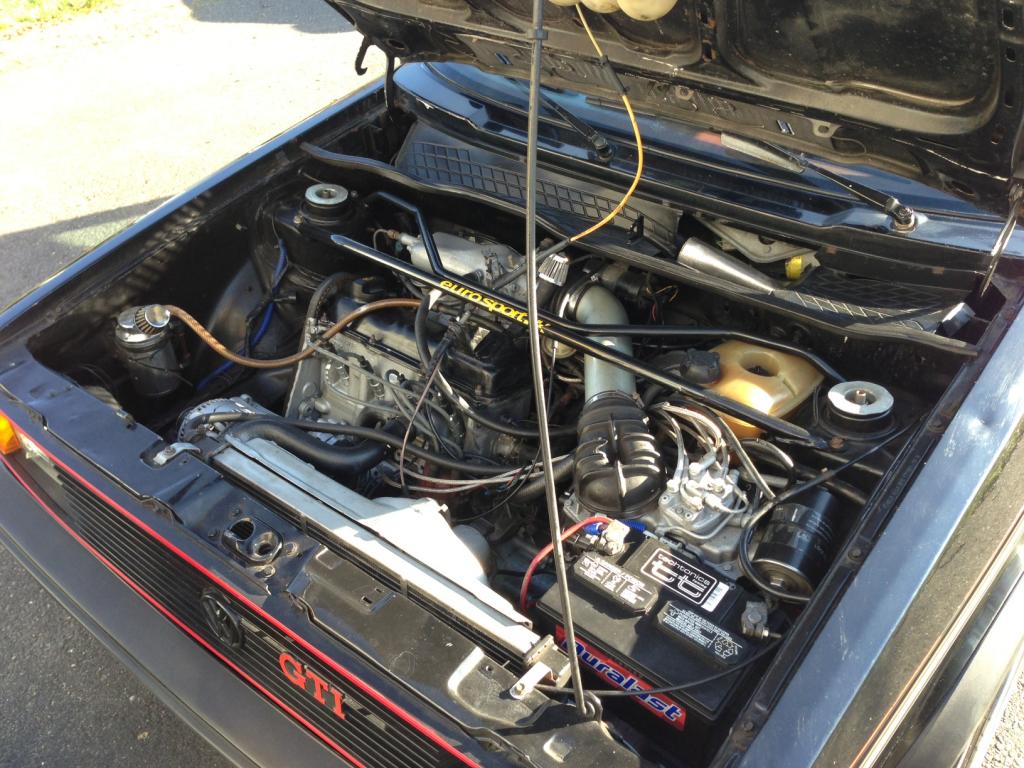 In 1983 this GTI would have put out 90 horsepower from its 1.8 liter inline 4 cylinder engine, but the owner of this GTI has added a few aftermarket parts and it is now probably pushing 130-150 hp.  That should be more than enough power to make the 1800 lb Rabbit jump! 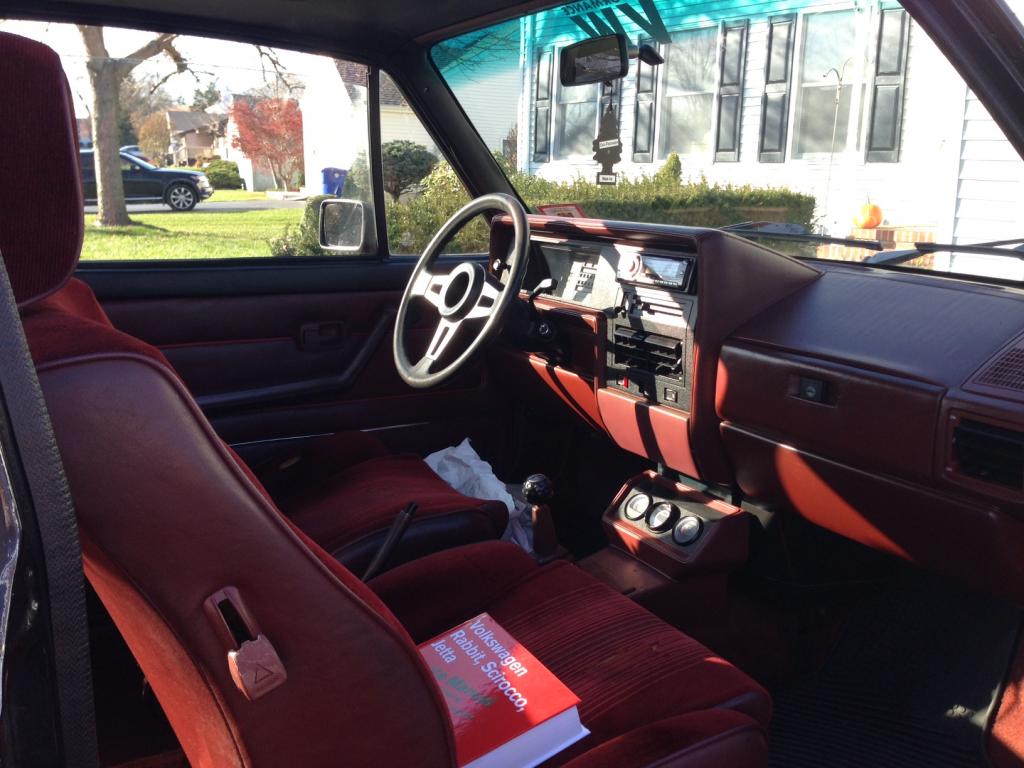 Inside this GTI is equipped with a wolfsburg steering wheel, an unfaded and uncracked dash, and everything is covered in a groovy ‘cathouse’ red.  We like it! 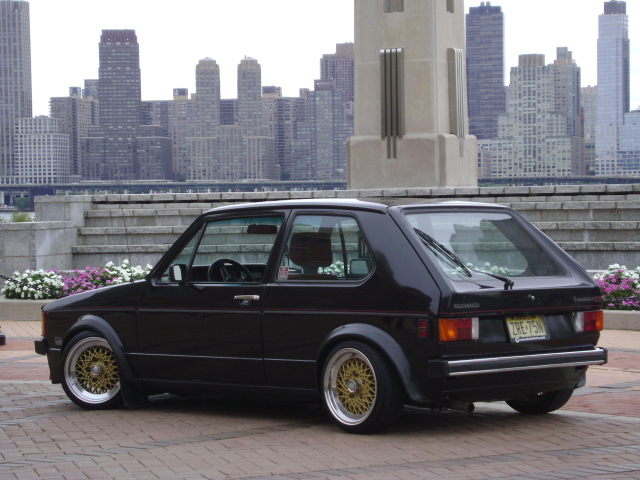 Clearly this Mk1 GTI isn’t for the guy looking for a 100% stock ride, as it’s been lowered on coilovers, has added fender flares, some sweet looking mesh BBS Mahle wheels and has euro bumpers.  But for someone looking for a modified Mk1 GTI, it’s not a bad package.

Got an eye on a better GTI?  tips@dailyturismo.com