The A60 generation Celica (1982-1985) was the final rear-wheel-drive version of Toyota’s legendary pony car competitor.  Toyota never built a factory ragtop version of the A60, but a number bound for the US market were modified by California based American Specialty Cars (ASC) to provide open air fun.  Find this 1985 Toyota Celica GT-S Convertible offered here on craigslist for $5,500 in Yuma, AZ.  Tip from FuelTruck. 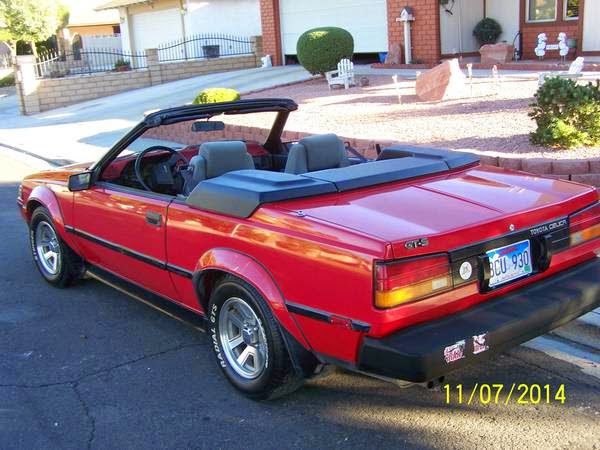 ASC modified about 5000 of the notchback Celicas for the 1984/1985 model years, all of them the peppy 22R powered GT-S model.  Expect 114 horsepower and 140 ft-lbs of torque for your fun in the sun experience.  The 2.4 liter engine was one
of the biggest available in its class and produced tractor-like torque
that gave better acceleration than the power figures would indicate.
Mated to a 5-speed manual gearbox, the 2500 lb Celica be a decent
driver. 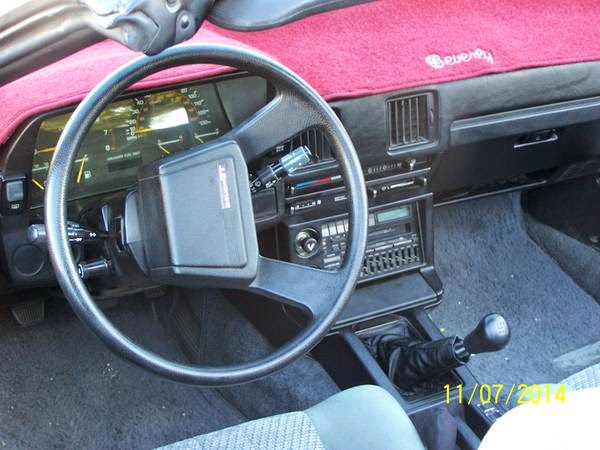 This example has 88k miles on the odometer and looks in great shape inside and out.  Toyota build some seriously well oiled machines in this era, and as long as it hasn’t seen too much salt, or been stored in a damp barn, it should be good for many more miles. 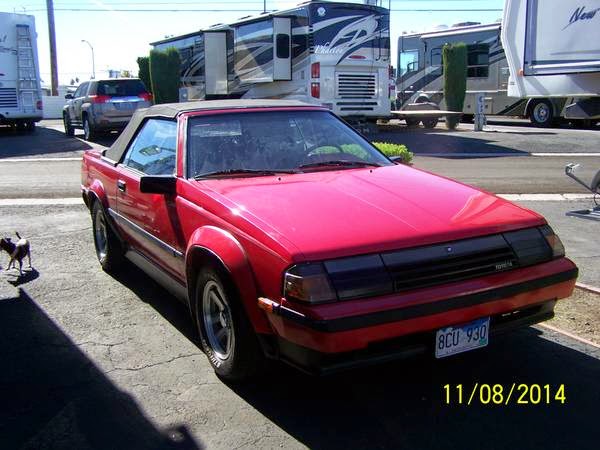 See another way to enjoy 80s fun in the sun without breaking the bank? tips@dailyturismo.com