The BMW E3 was the big daddy to the modern 5-series and packs a lot of cool into an affordable vintage package.  Badged as the Bavaria and powered by torquey inline sixes, the E3 (and E9 coupe cousin) proved that BMW was a player in the luxury sport sedan market and today are very inexpensive to own and maintain.  This 1974 BMW Bavaria is offered for sale in the SF Bay Area, CA via the e9coupe.com forums at a very reasonable $4974 asking. 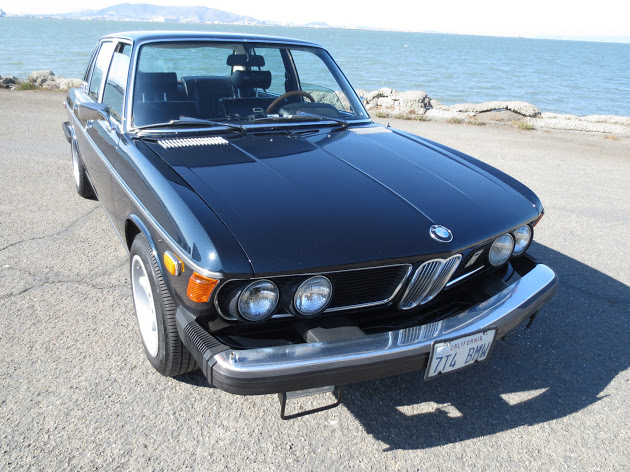 The Bavaria is a good looking sedan and although it is disfigured by USDM bumpers, we love the crisp lines and business-man chic look.  They aren’t flashy, but are worlds better looking than any American sedans from the same era and much more sporty than the cruise ships from Mercedes Benz. 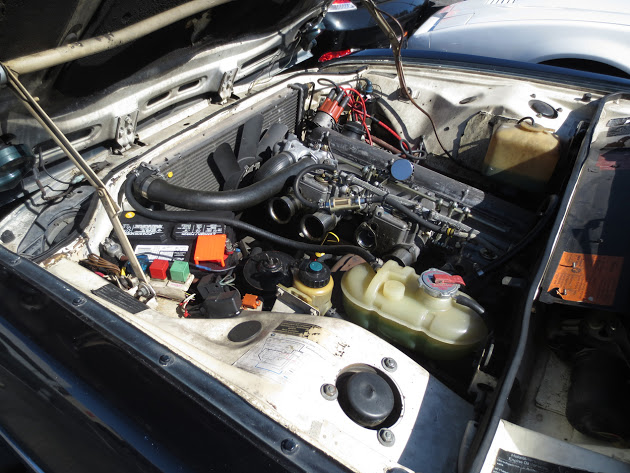 This particular E3 is powered by a 3.5 liter inline 6 from an 88 535i – the M30B34 that puts out 185 horsepower in fuel injected trim, probably about the same with the side mounted Webers on this one.  While they do give the swap a decidedly more vintage feel and look awesome with the velocity stacks, we would have opted for the refinement of the flapper-valve MAF based fuel injection system that came from the donor vehicle – even it it makes the engine bay look ugly. 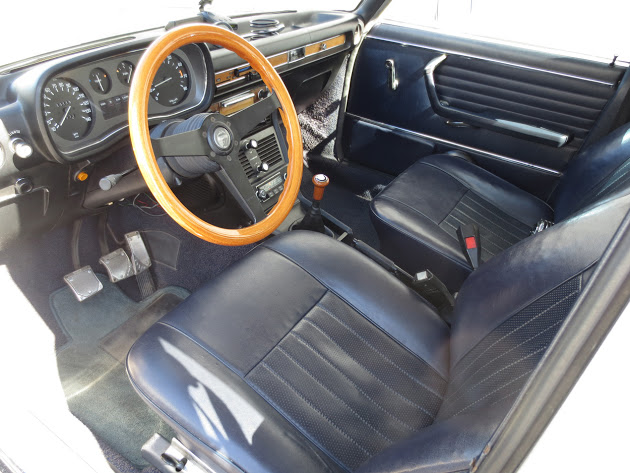 The interior of this Bavaria look to have withstood the test of time and looks about as good as a 10 year old BMW interior today – revealing a time when quality materials went into German interiors.  You will have little plastic clips and odometer gears break from time to time, but overall these cars are built much better than a similar era Audi (stay away!) but not quite to the quality level of a  Panzer-Benz such as a W108. 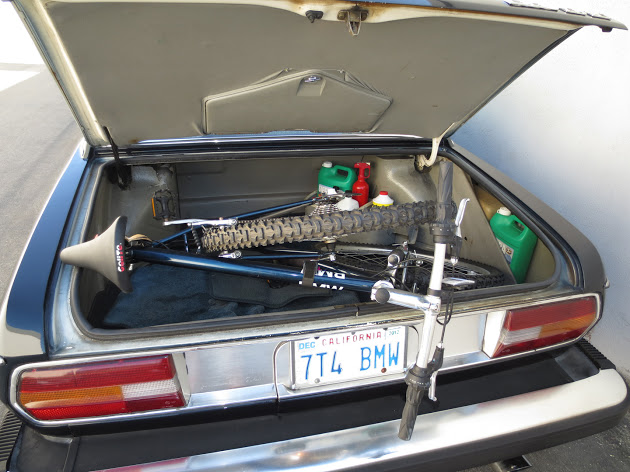 An oddity of this sale is the included fold-able BMW mountain bike…which doesn’t actually fold up to fit in the trunk…its close, but no cigar.  We think this is an ‘SF hipster’ take on the Motocompo scooter featured in the Honda City Turbo from a earlier in the week. 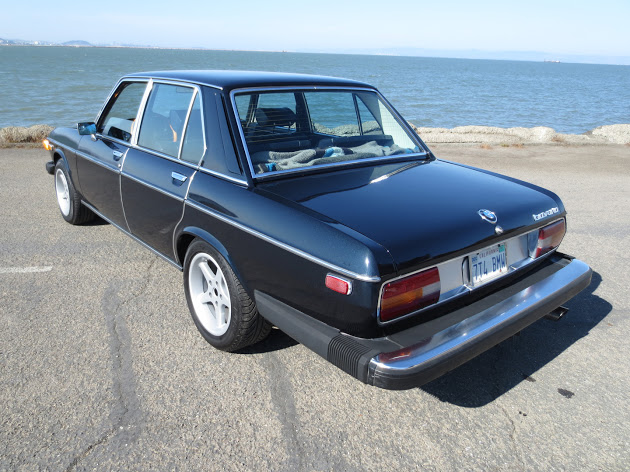 Overall, not a bad way to spend your days driving to the beach and at this price we wouldn’t feel bad about slapping on a roof rack for our surfboards or leaving a moldy wetsuit in the trunk.  Just don’t get any sand in your velocity stack!

See another Bavarian for bavarly any money?  email us here:  tips@dailyturismo.com