The Pontiac T1000 (later renamed 1000) was introduced to an awestruck public in 1981, but it was no terminator.  The little Pontiac shared all body stampings with the ice racing king Chevrolet Chevette, but it cost a few bucks more with the Pontiac badges.  The 1000 may have been badge engineering turned up to 11, but it was one of the last compact rear-drive platforms offered by any of the big three.  Find this 1986 Pontiac 1000 offered for $250 in Emmett, ID via craigslist.  Tip from Oldsmobuick. 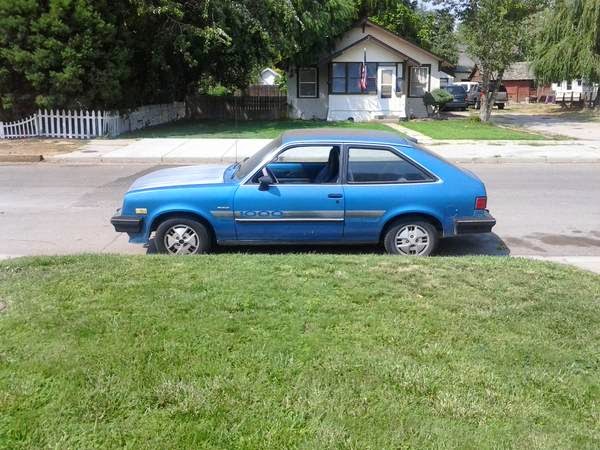 The Chevette flew off showroom shelves during the late 70s and early 80s (400k per year), but the Pontiac version did not sell as well, with only 60k per year finding homes.  Original production figures don’t really matter because they have all been rusted, crashed, and crushed into oblivion, so you might even be able to call them rare…hah!  This 1000 is powered by a 1.6 liter 4-banger making 60 horsepower and mated to an automatic transmission.  The engine in this one is “burned up” according to the seller, so you’ll need to start roaming the junk yards now for potential replacements.  LS1? 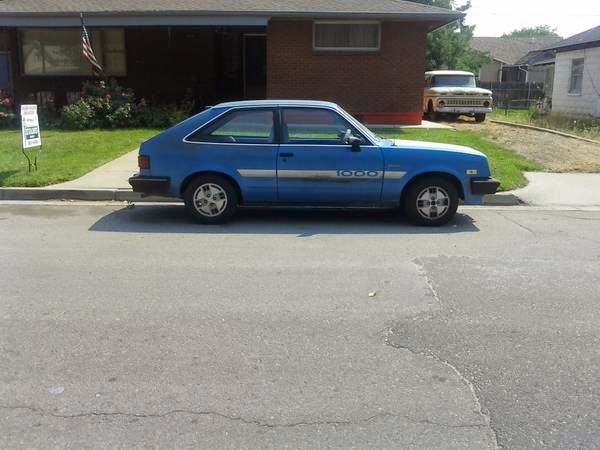