I’ve known quite a few automotive enthusiasts who have casually tossed out the idea of owning a portion of some exotic sports car — you won’t drive a Ferrari every day, so why not split the cost of purchasing and maintaining it with another like minded car guy/gal. However, this next car is for the guy/gal who wants half a super car but doesn’t like to share. Now, you can have your half a cake and eat it too!  Find this half of a 1981 Ferrari Mondial offered for $8000 in Orange County, CA via craigslist. Tip from Rock On! 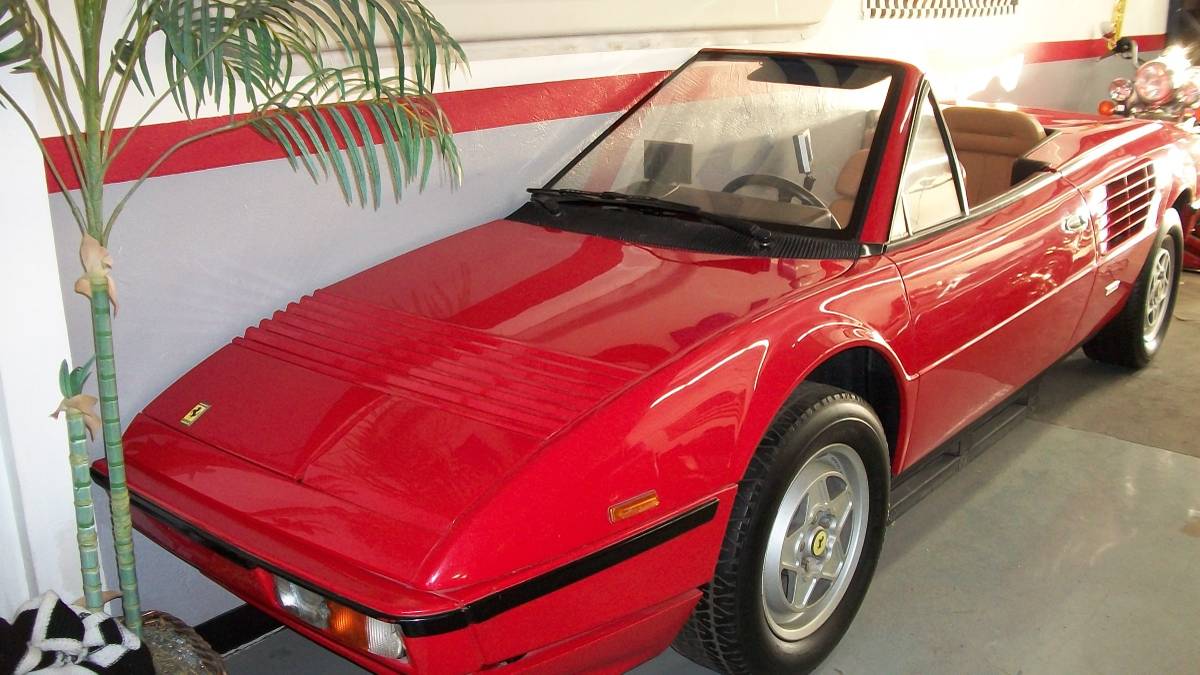 Cannon Ball run with Sammy Davis Jr. I had purchased it and had it in my showroom to entertain

my customers kids while they where looking at cars. You could go on a test drive for hours and they

would sit in the now 2 seater playing away while with there parents selling them a car.

ignition system. It is powered by a 110 volt inverter to 12 volts for the system to operate. This is a

real car with the import plate still intact and vin # which indicates it as a 1981 with a clear Carfax LoL. Also is a great conversion piece I made up a lot of stories about this unique Ferrari. The best one was that

it was from my divorce and she got half of everything LoL. I also have 2 renderings for a back on the wall

you can paint behind that will come with. You just need somebody blow up the pics and paint the back drop.

I have made a moving system for it to push it around for ease putting into place. Also I wired it up some the

running lights and dash light come on with the switch, the head lights do not come up though.

room or your whatever room give me a call. This is a early version of electric stationary vehicle!! 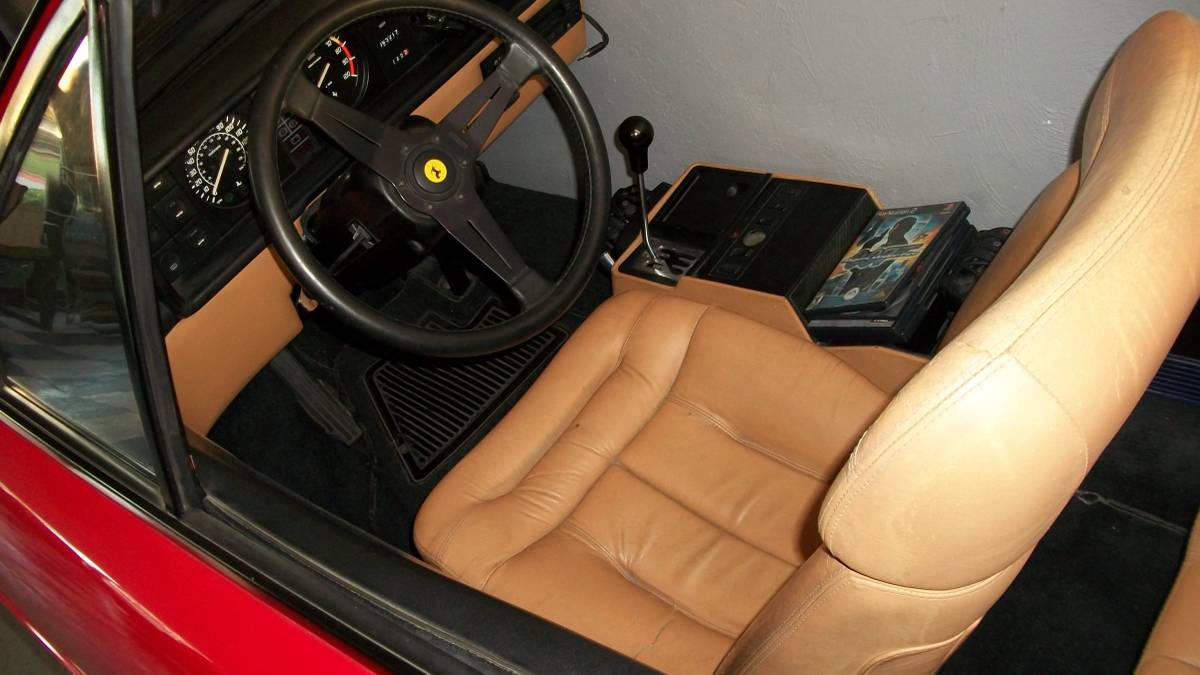 See a better car for converting into a motorcycle sidecar? tips@dailyturismo.com