With the news that Curtis James Jackson III (the rap artist who goes by the appropriately ironic stage name of “50 Cent”) has little more than a few quarters to rub together, it is time to find him an appropriate new ride to replace the Range Rover, Bentley Mulsanne, and Murcielago he used in his previous life as a rich and famous dude.  This next feature might not have enough chrome to see ya face in my rims, and they sure ain’t Dayton spokes…but you can get some…errr…people in the car.  Time to help Mr. Cent get back to his roots and find him the perfect ride, like this 1989 Plymouth Voyager 2.5 Turbo w/5speed manual here on eBay 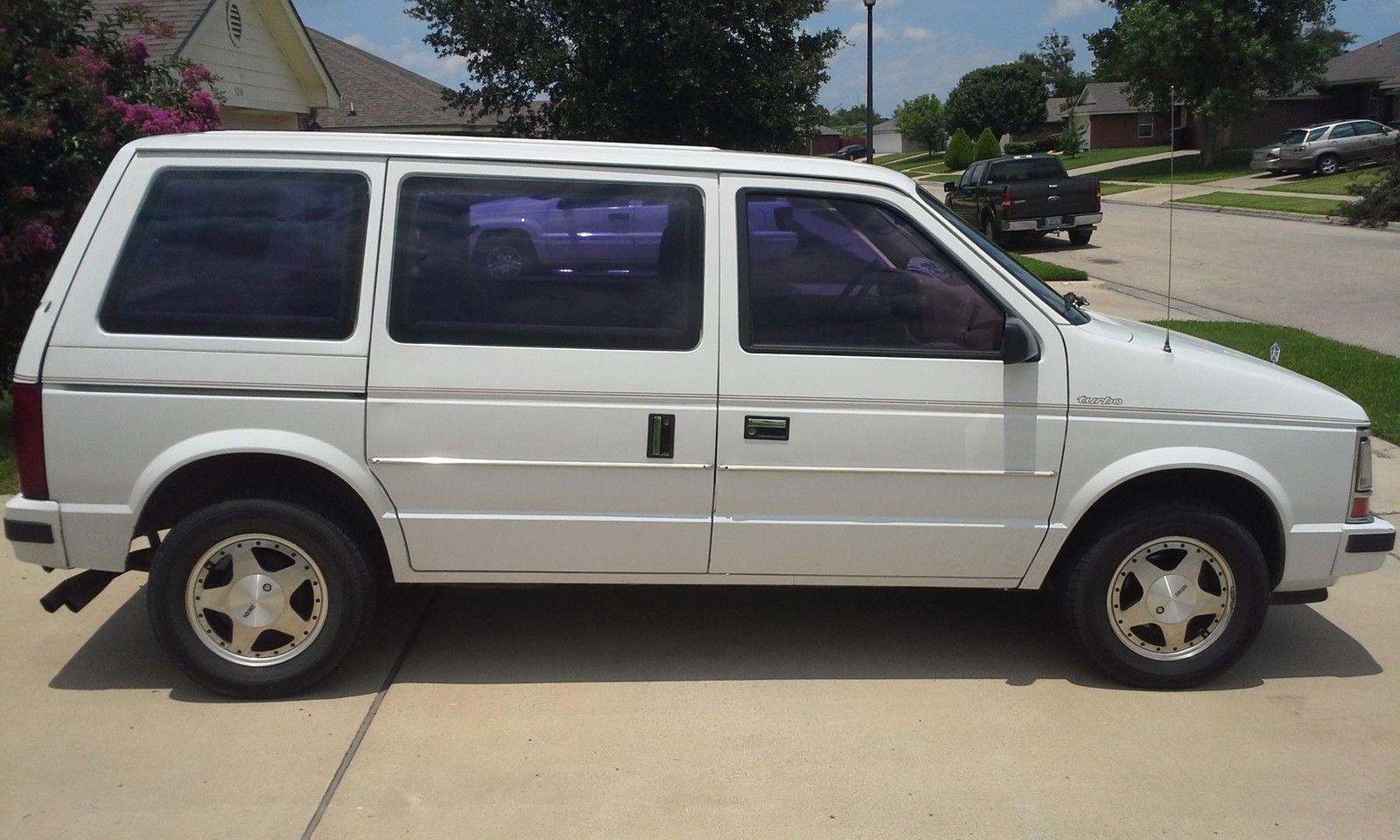 Of the recurrent themes in hip and/or hop music, the subject of “honeys” is of preeminent focus, so Mr. Cent will need something that appeals to future baby mommas.  Modern media is often obsessed with the violence in hip hop, but it is almost exclusively related to a love interest — just look at bluesman Mississippi John Hurt’s hauntingly beautiful “Hot Time In The Old Town Tonight“ when he says “I’m going down with razor, yes, in my hand I’m going down looking for that man…I’m going down to bring my baby back” — Mississippi is only resorting to violence as a last resort because he wants his baby back, and perhaps he is just going to help the guy scrape some stickers off a window, or get a nice shave…who knows.  Back to Mr. Cent, as a single dad with joint custody of two little kids, he needs something that will fit the little kids in the back and haul around their friends/gear etc (7 seats!), and this Voyager will do nicely. 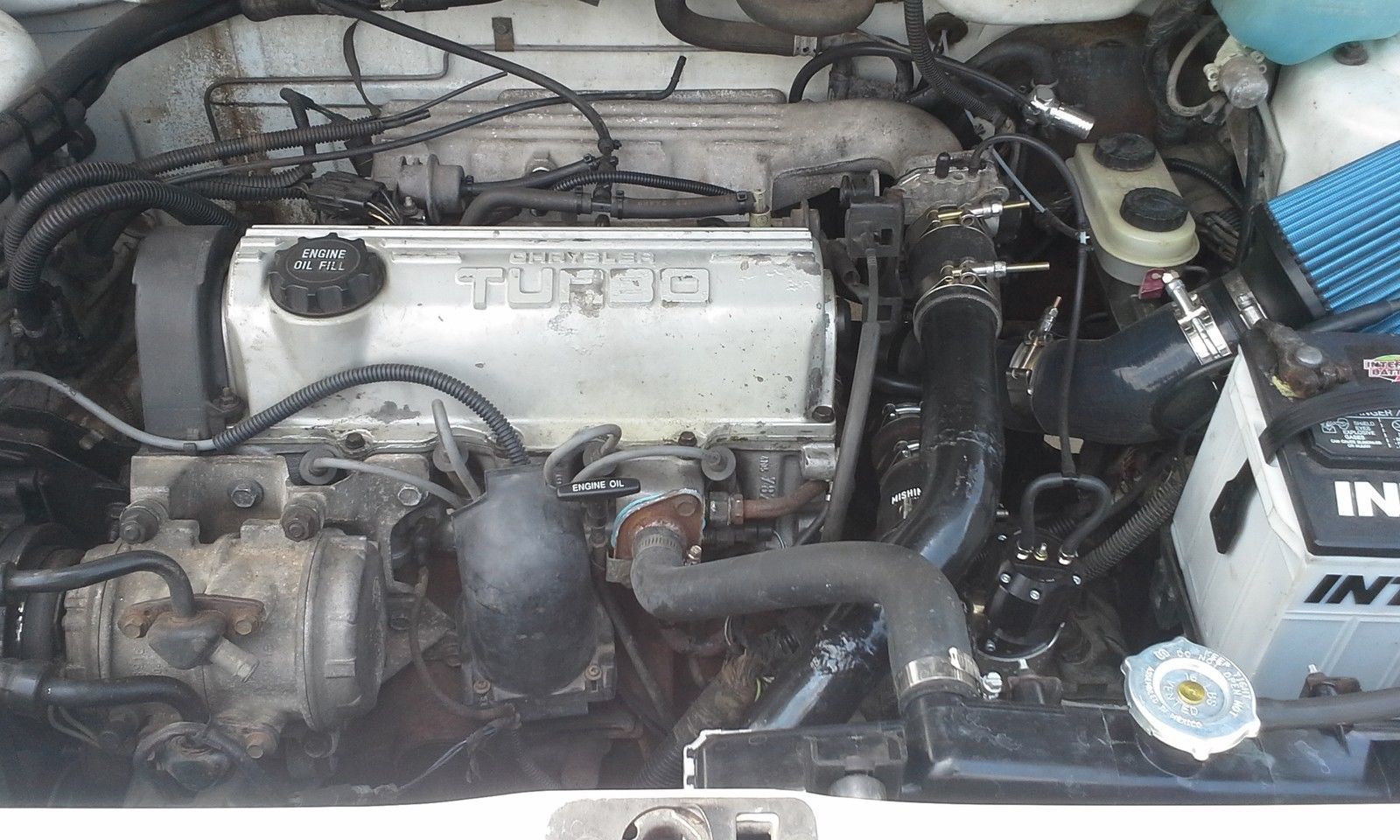 Where you’d expect to find some uninspiring V6, you’ve got an example of Chrysler’s awesome 2.5 liter Turbo I inline-4.  Expect to be pleasantly surprised by the 150 horsepower and 170 ft-lbs of torque, delivered to the front wheels via a 5-speed manual gearbox.  It might not have the acceleration of a jet powered concept car, but it’ll return decent fuel economy and save a few bucks on auto insurance. 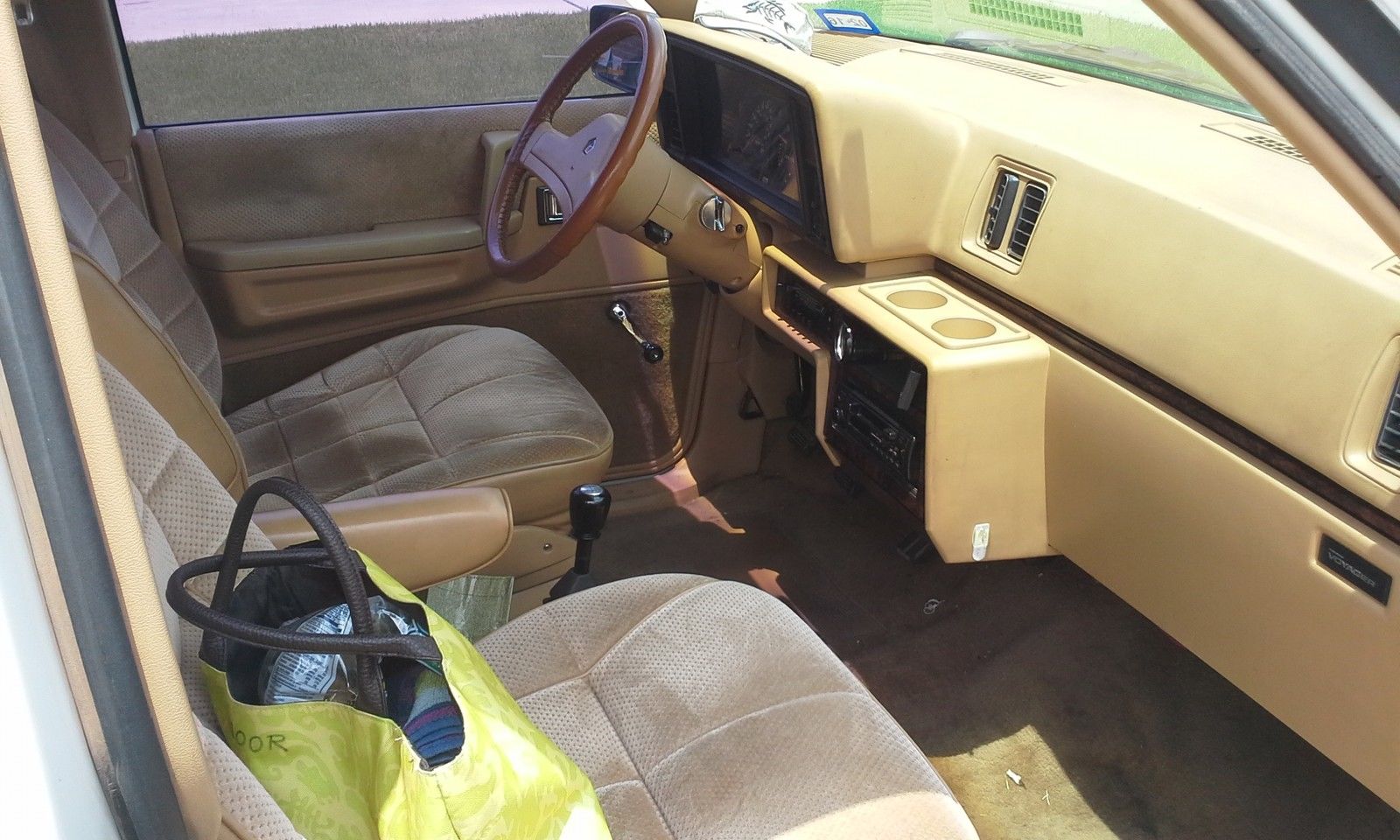 The nice guy in a minivan vibe that you will get from driving around in a Voyager shouldn’t be underestimated, and I’m not going to insinuate that Mr. Cent has a difficult time getting along with other people, but when you have an entire Wikipedia page dedicated to your feuds with others…it might mean something.   Gotta better car for the artist down on his luck? Comments below.