Toss the name Robert Schuller out in polite conversation and some folks will recall a TV evangelist known for his Hour of Power show and now bankrupt Crystal Cathedral (which is currently being re-purposed as the seat for the Roman Catholic Diocese of Orange county), but not around these water coolers.  Around here (in less than polite conversation) the name Robert Schuller is associated with American Custom Industries out of Toledo Ohio, who did very irreverent (un-Reverend?) things to Corvettes back in the day.  In 1980, with the blessing of Zora Arkus-Duntov, the recently retired father of the Corvette, a handful of custom turbocharged beauties were sold for $37,500 ($108,000 in 2015 money) and here we’ve got one that is being offered for less than its original MSRP.  Find this 1980 Chevrolet Duntov Turbo Corvette #005 of 32 offered for $32,000 in Eastpointe, MI via craigslist.  Tip from FuelTruck. 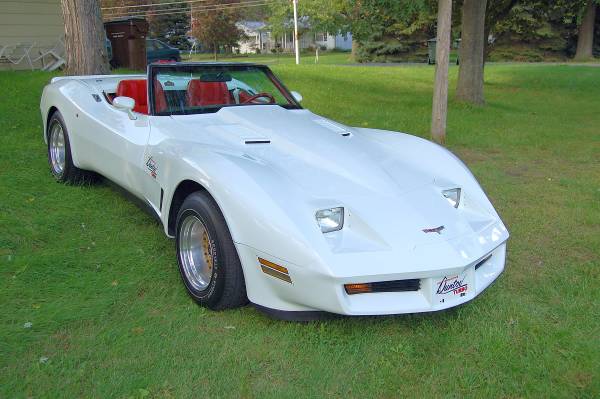 The truth is that no one really knows how much of Duntov’s expertise was used in these customs. According to this vintage Car and Driver article, the cars were built by American Custom Industries and branded as Duntov Turbo, with Zora getting the first article, perhaps as payment for the use of his name. 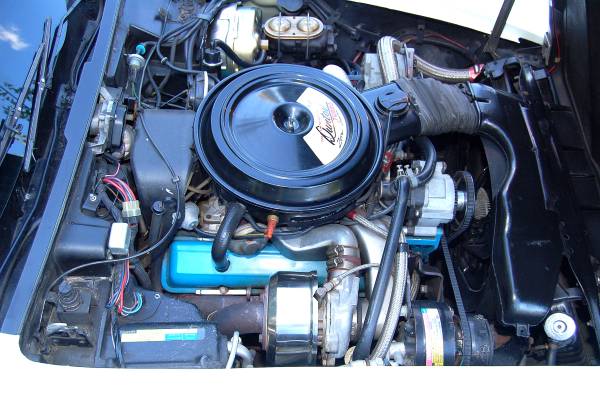 What you got for $100k in today’s money was a Corvette that had been stripped of its original body, outfitted with a turbocharged Chevy 350 V8 (good for something in the 260 horsepower range) and equipped with a sharper suspension setup.  They were only available as convertibles – although one online source claims they sold coupes as well – most literature says ragtops only. Regardless, the new body was bigger and meaner in every possible way. 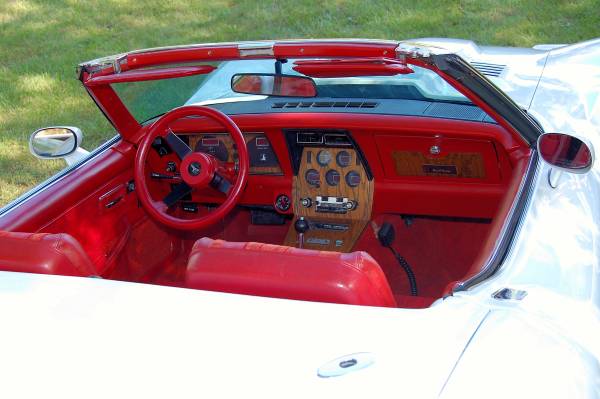 American Customs did more than just slap on a body kit and wide tires, they also sharpened the steering by rebuilding the steering box, and fitted a number of suspension changes.  Gone are the pop-up headlights that had been a Corvette feature for years, and in its place are exposed rectangular sealed beams and a crazy vented hood to keep turbo heat to a minimum. 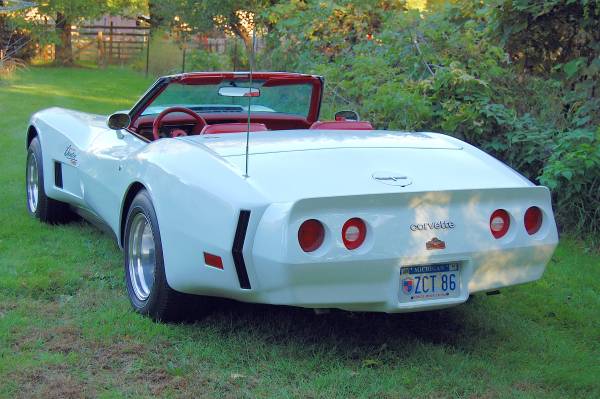 See a better way to drop a bunch of money on a car that may or may not ever be “collectible”? tips@dailyturismo.com