BMW’s E34 generation 5-series was not the
ride of Rockefellers or rock stars, but it was the sporty choice for doctors,
lawyers, middle managers, and well-off folks who wanted a luxury sedan with a touch
of speed.  BMW sold a 530i badged version of the US market (1992-1996) that did not use the inline-6 you might expect, but instead was powered by a 3.0 liter M60 V8 that made V6-like power with V8 sounds.  Find this 1995 BMW 530iT E34 Wagon offered here on craigslist for $3,500, located in San Rafael, CA.  Seller submission from Jeremy. 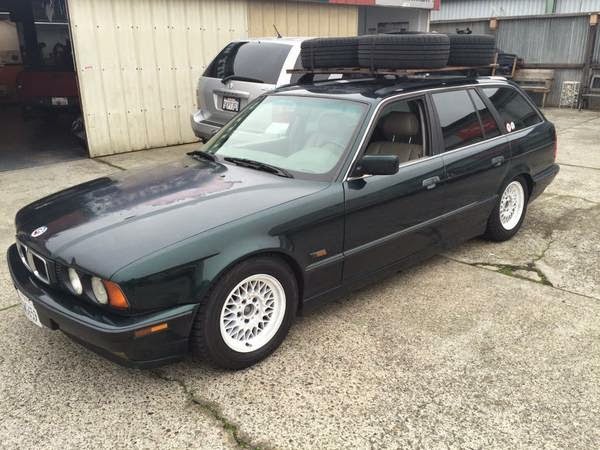 The E34 generation BMW 5-series solidified BMW’s reputation as a builder of
sport-luxury sedans for the quasi-wealthy.   Today the E34 is cheap enough to be the choice of  window
clerks at your local burger barn, but that shouldn’t dissuade you from
experiencing one of Bavaria’s better built bombers. 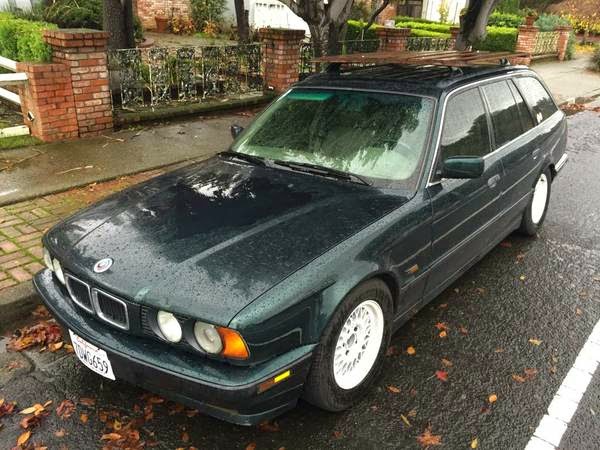 This E34 is offered for a decent price from a seller who seems to be very upfront about its issues…and there are a few.  The good news is that a bunch of cash has been sunk into the car recently and the remaining issues are mostly cosmetic. 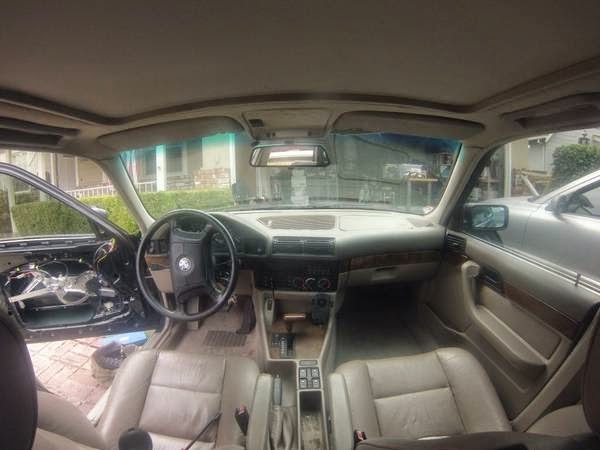 Got your own junker to offload?  Send us a submission here: tips@dailyturismo.com