BMW values are all over the map from model to model; while the later, faster more capable E36 M3 can be had for dirt cheap (~$5k), prices of the original E30 M3 have taken off into the realm of legitimately valuable modern classics (~$30k). The depreciation curve has definitely “inflected” for the E30 M3 but some examples can still be found close to DT money for a running, driving car…for now. The E30 had a screamer of a 4-cylinder engine instead of the quintessential BMW inline six (like the E36 & E46) but that doesn’t stop it from being a pure driver’s car or a collector’s item. Find this 1989 BMW M3 for sale on craigslist near Lake Norman, North Carolina for $22,000 (and don’t even think about lowballing or spamming this guy…). 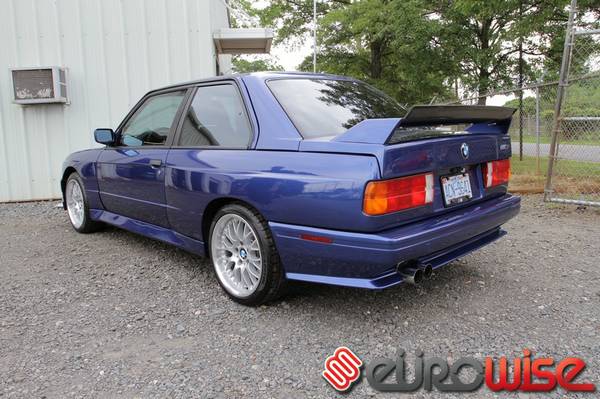 The asking price of the featured car reflects the fact that a modified (even improved) example of a sought-after car will never be worth as much as an unmolested original. This one has had recent paint work in a non-stock but becoming shade of blue, more modern seats, suspension upgrades, M3 Evo body add-ons which vary from the standard spoilers, plus some recent exhaust and engine work. The wheels are a newer style and larger than original. If you want an E30 M3 to drive and enjoy, this would be a good choice as you will not need to worry about devaluing it too much by modifying; the current owner was kind enough to do that for you and pass the savings along! 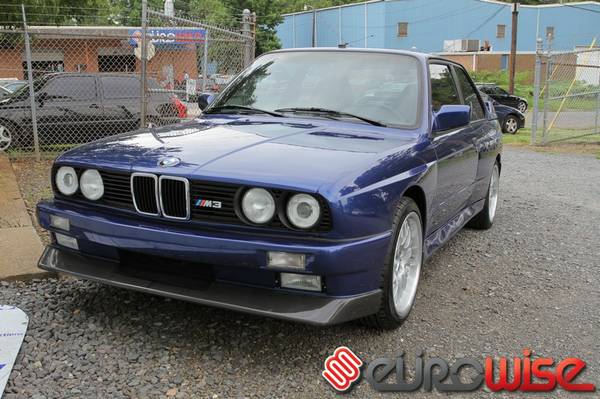 This feature is part of Daily Turismo’s birthday celebration of 50 cars in 24 hours.