The Porsche 928 was a technological tour-de-force when it debuted in 1977, but the US didn’t get a fast version until 1985 when the twin-cam engine was approved for us in the USA.  Subsequent iterations only improved the breed but later GTS versions  demand serious money.  A good compromise is to find a nicely maintained S4 version and get 9/10ths of the performance of the GTS for 1/2 the cost.  Find this 1989 Porsche 928 S4 5spd for sale in Windemere, FL for sale on ebay for $18,000 buy-it-now.  Tip from Andy L. 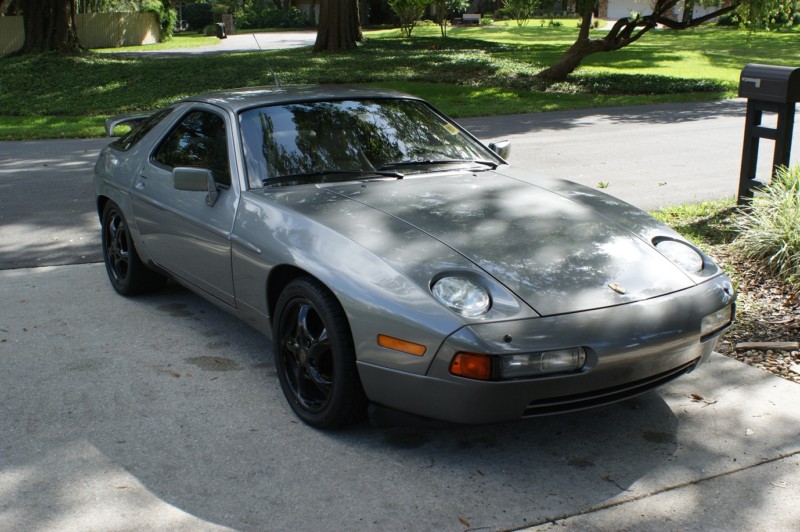 The sleek-in-the-front and bulbous-in-the-rear design was penned by
Wolfgang Möbius and was one of the first cars
to offer a polyurethane front bumper that survived the USA 5 mph impact
requirements introduced in the mid 1970s.  A V8 up front mated to a
trans-axle finished the design that was decidedly non-911 and very much a
luxury grand tourer.   The seating position in the 928 has to be one of its high points, the
driver is seated low and surrounded by gauges/pods in a manner totally
different from the high/upright seating of a contemporary 911. 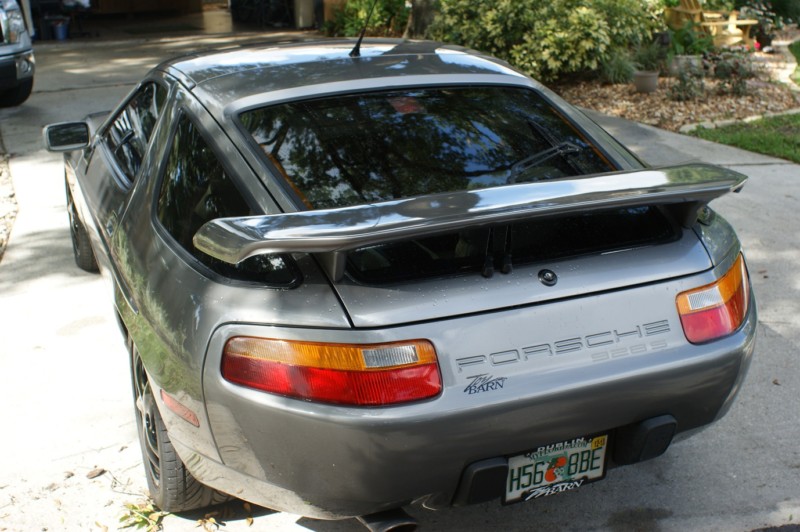 This 928 S4 is powered by a 316 horsepower 5.0 liter DOHC V8 and performance with the 5-spd stick should be good. In summary this is pretty much the nicest Camaro SS that Stuttgart could muster at the time.