The Autobianchi A112 was a supermini built by a joint venture between an
automaker (Fiat), tire company (Pirelli) and bicycle maker (Bianchi).
The all Italian dynamic trio built a handful of models starting in 1955, mostly
higher end versions of Fiat offerings that often showcased new or
innovative technology (front wheel drive, fiberglass body elements,
etc), but in 1969 Bianchi was fully incorporated into the Fiat SpA
corporate monster (folks often forget that Fiat owns Ferrari, Maserati,
Lancia, Alfa Romeo…Chrysler).  Henceforth, the Autobianchi name was used to
market versions of the Lancia product that was based on a compacted version of the Fiat 128.  Confused?  Don’t be.  Just checkout this rusty 1971 Autobianchi A112 Abarth offered for $2,000 in St. Augustine, FL via craigslist. 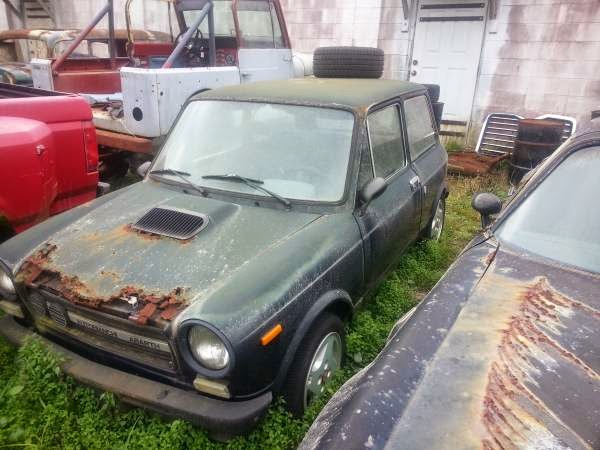 The Abarth version of the A112 was released in 1971 and featured a 982 cc engine that was upgraded with a sport exhaust, twin-carb, and hot camshaft for a total output of 58 horsepower.  It isn’t as bad as it sounds because the little A112 only tips the scales at 1477 lbs.  Handling is described as nervous or sketchy — which are code words for awesome if you are an adrenaline junky. 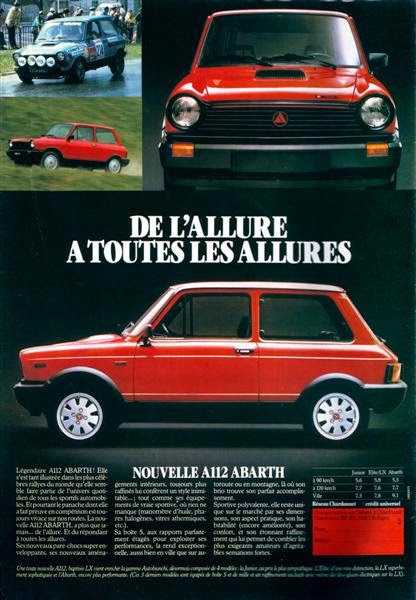 This example is in really rough shape, but the next best alternative is to pay $15k or more for a decent version…so with some work this could be a great deal.  See another Abarth for cheap? tips@dailyturismo.com