For years the British motoring community was caught between two paradigms.  Buy something sensible like a Vauxhall hatchback, or throw caution to the wind and buy a V12 powered Jaguar luxury coupe as an expression of your awesomeness.  This was the choice for years until a small engineering company called Lynx decided that the motoring masses should have their yorkshire pudding and eat it too! Lynx starting building shooting brake conversions of the XJS (now known as the Eventer) in 1982 and did not stop until 2002.  Find this 1994 Jaguar XJS Lynx Eventer offered for $25,000 via craigslist, located in Chicago, IL. 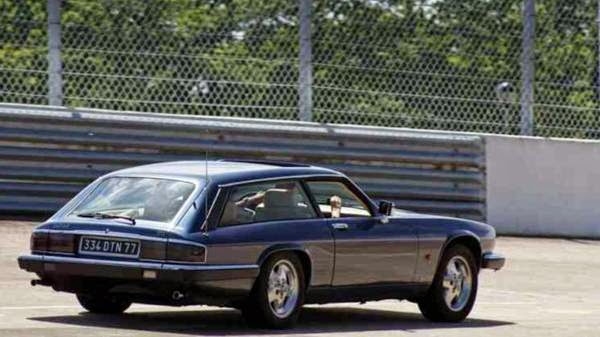 According to lynxeventer.com, there were 67 of these stylish things built, with only 18 leaving the factory with left-hand-drive.  Recent sales include one that failed to sell at auction in the UK this year, but pre-sale estimates put it in the range of £35,000 ($52,000 USD), another at KWE cars is offered for £65,000 ($96,000 USD), so this example for a fraction of that price could be a great bargain. However, the listing is sparse, price is low, and the photo was borrowed from V12-GT.com, so I really, really, really hope this isn’t a scammer.

See another seriously low priced classic that might just be a great deal if you move quickly?  tips@dailyturismo.com